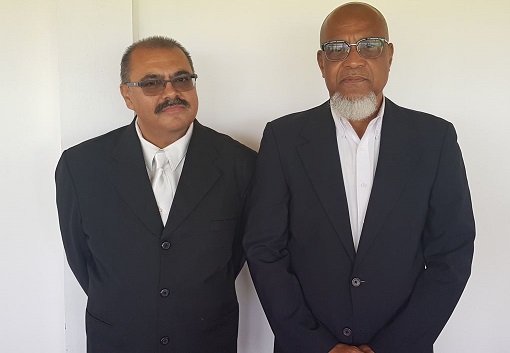 The Ascension Invitational debuted in 2019 with 24 clubs, competing in two divisions across Trinidad, chasing a combined TT$650,000 in prize money.

This year, Ferguson intends to take the Ascension nationwide as he extended invitations to all six football zones as well, while the tournament should include two rounds of action instead of just one.

The total prize money now stands at TT$494,000 but the overall cost looks set to double from TT$2.3 million in 2019 to an estimated TT$4.3 million, with as many as 92 clubs expected to be involved.

“We want everybody in Trinidad and Tobago to be able to play football,” said Ferguson. “We will run Division One and Two. Division Three will be run by the zones but we will pay for the referees and pay the prize money.”

Every single senior men’s team in the country, according to Ferguson, is invited to compete. Registration is free and the deadline for signing up is 4pm on 24 July.

The tournament is sanctioned by the TTFA and should run from 14 August to either December or early February, according to the number of participants.

The prize money at stake is:

Ferguson budgeted to pay the airfare for one Tobago team in the Division One and Two competitions respectively, apart from the ‘Sister Isle’ clubs that will compete in the Tobago Zone.

It is possible that the top two tiers may be reduced to 10 clubs each, according to the outcome of financial negotiations with referees.

Ferguson will not sacrifice the zonal competitions, though.

“The zones are a very critical area, as it is a feeder for the second division and the first division,” said Ferguson. “And it can be run at a minimal cost, compared to everything else.”

Last year, the Ascension Invitational featured a weekly 30-minute round-up show, which was produced by Wired868 and broadcast on Flow Sports.

This season, there will be 18 double headers at the La Horquetta Phase II ground which will be broadcast live on cable television and at least one local channel, as well as streamed on the tournament website. (The production company for the 2020 tournament has not been selected yet.)

La Horquetta games will involve two rhythm sections—as opposed to one last season—and 12 dancers/cheerleaders. The venue itself has had another facelift, valued at TT$250,000, with refurbished stands, toilets and VIP room as well as new substitutes’ benches and electronic billboards.

“This is a watershed moment for local football,” said Ferguson. “The key is the tv. We are putting Trinidad and Tobago football on tv all over the world, which means more exposure for players.”

Current TTFA president William Wallace and his predecessor David John-Williams both promised three tier competitions under a single umbrella. Ferguson, again, beat them both to it by sourcing the money from Ascension—a largely unknown sports apparel company, which hopes to do business in the region.

In fact, the Terminix director said he is using the same TT$1.2 million promised to a revamped ‘Ascension Pro League’ to run the upcoming competition. Last September, the Pro League board agreed to Ferguson’s proposal for its competition, only to subsequently stall on the execution of their deal, with a TTFA election campaign in full swing that involved Wallace, Ferguson and John-Williams, who is the president of W Connection.

Connection was one of five clubs who voted not to go ahead with the Ascension Pro League along with San Juan Jabloteh, Morvant Caledonia United, AC Port of Spain and Point Fortin Civic.

“This is the same money we budgeted for the Pro League tournament that they choose not to execute,” he said.

The Ascension Pro League would have given clubs a share of the tournament’s income and television rights as well as an equal slice of a TT$500,000 cash pot.

In contrast, the Ascension Tournament offers free registration and potential prize money but no appearance fee.

Last season, W Connection, AC Port of Spain and Civic opted out of the Ascension Invitational competition. It is left to be seen whether they will play this year or wait again for the resumption of the Pro League.

Covid-19 restrictions means limited patrons. Ferguson estimated his income at La Horquetta last season at roughly TT$50,000 per game ‘between the bar and admission’. But, with football in a state of uncertainty, he again stepped forward with an offer.

He said the response from interested clubs so far, particularly in the lower divisions, has been overwhelming.

“People are crying out for football,” said Ferguson. “I have a professional team and they need to play football. And I feel it will set a very good example of what real professional football in Trinidad is like.

“[…] We would love to make it a permanent fixture within the football; and if you ask the clubs, most of them would want it to be a permanent thing.”

Ferguson scoffed at suggestions that he might walk away from local football due to his unsuccessful tilt at the TTFA presidency.

“Losing the elections doesn’t faze me,” said Ferguson, who claimed to have invested millions in the local game over the past two years. “We invested a lot of money in La Horquetta and we continue to invest.

“[…] I’m in football for the long term. You wouldn’t invest that kind of money and just walk away from it. I won’t get emotional about losing an election.”

Ferguson never misses an opportunity to discuss his swashbuckling Rangers team, which finished second in the 2019 Ascension competition as well as in last season’s First Citizens Bank Cup and Pro League respectively. He had their scoring statistics from each competition at the tip of his tongue.

“[…] This season, you will see a different Rangers—a totally different philosophy, strategy, tactics and play,” he said. “They’re gone up to another level.”

Last season, Defence Force lifted the inaugural Ascension Invitational top prize with Rangers and San Juan Jabloteh in second and third place respectively. Morvant Caledonia were controversially booted out of the competition after an altercation with match officials. They were second at the time.

They will now have the chance to defend their respective titles.

Once more, the Ascension Tournament will not ‘replace, restrict or substitute’ any current TTFA competition, which means that it would not get in the way if the Pro League or Trinidad and Tobago Super League decide to resume.

Last season, the TTFA, then headed by John-Williams, refused to sanction a second round of the competition. With two rounds and up to 24 weeks already guaranteed, the Ascension Tournament has already demonstrated its durability.


Editor’s Note: Teams interested in competing in the 2020 Ascension Tournament may contact tournament director Kieron Edwards on WhatsApp at 327-6406 or by email at lee1jack@gmail.com