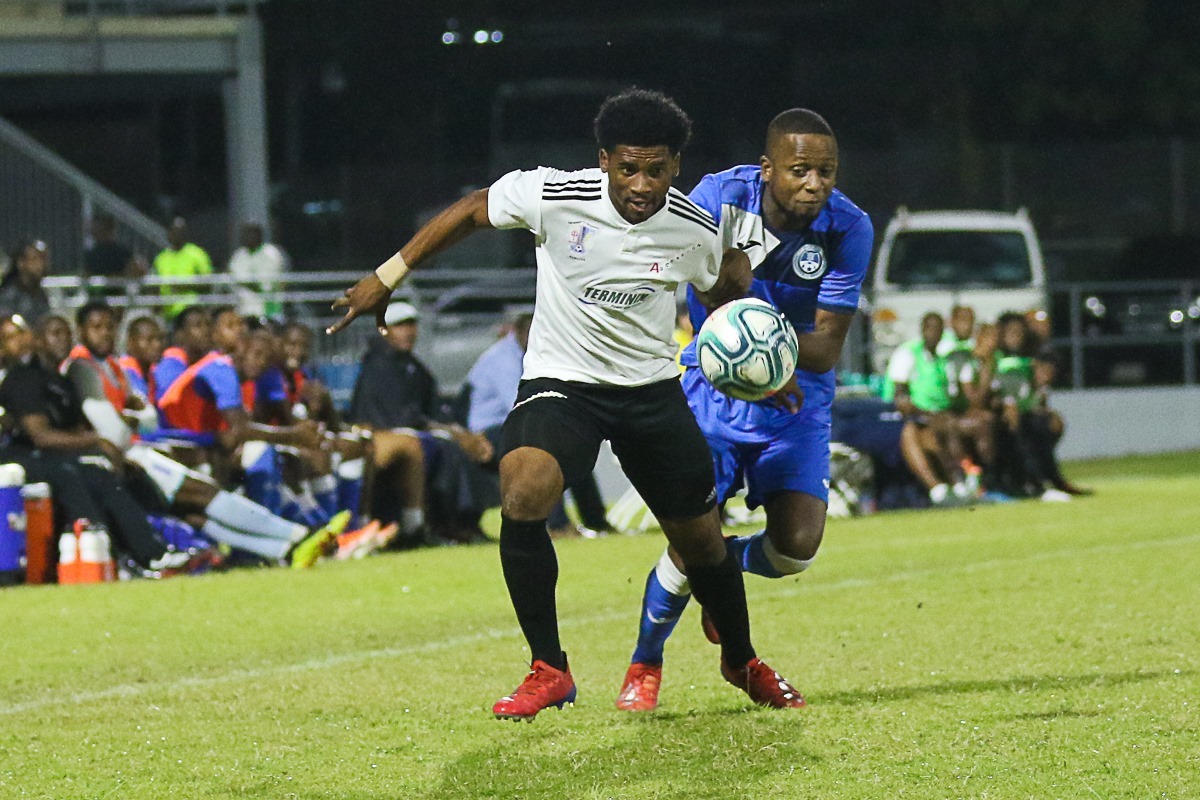 ASCENSION League director Richard Ferguson is urging local footballers, administrators and stakeholders to listen to Minister of Sport and Community Development Shamfa Cudjoe and get vaccinated so that football and other sports can return to some sort of normality.

Asked if Trinidad and Tobago was taking lessons from other countries in the region such as Jamaica, where sport has resumed, Cudjoe said, “I am glad you asked that question, and just like any other sector…the faster we vaccinate, the faster we could return to some level of normalcy. I want to repeat that for football, for hockey – whatever sport.”

Cudjoe was speaking on Friday during a media conference on the 2020 Tokyo Olympics.

She said athletes are still not rushing to get their vaccines.

“Even within the sporting sector, vaccination hesitancy, I think, is quite high. You still have some athletes who are hesitant even in going out to (the) Tokyo (Olympics). All the members of our team (were) not vaccinated.”

Ferguson, who is the managing director of Terminix La Horquetta Rangers, said his club has responded to the call by the Government to get vaccinated.

On Monday Ferguson told Newsday, “Everybody is vaccinated (at Rangers), from the management to the coaches to the players – everybody. We got our second dose already.”

Ferguson said he did not have to encourage members of the club to get the jab.

“I did not have to urge them: they wanted to take it. They were begging to take it.”

Ferguson encouraged other clubs to get vaccinated.

“We have to keep the words of the Prime Minister. He has urged the public on several occasions to get vaccinated.”

But Ferguson understands that resuming a league will have its challenges during a pandemic as the virus is still spreading.

The Jamaica Premier League (football) kicked off recently after a long hiatus. Ferguson, speaking as the Ascension director, said, “We have been ready (to start the league) since last year. We are waiting on the Government to allow contact sports.” He said members of the T&T Football Association have held discussions recently with clubs in an effort to get all local players, referees and stakeholders vaccinated.Club Sando FC and Morvant Caledonia AIA are also encouraging their members to get vaccinated.

Team administrator of Club Sando Eddison Dean said, “All our staff are vaccinated...the players I am not sure about them because we have not been allowed to train so we are not in communication because (as) a Pro League club we will have to contract players and at this point in time because there is no football we are not able to really (talk to our players).”

Dean said, “Until we get (the) okay (that) we are going to have some football then we could engage players.”

Dean is uncertain what players will represent the club when football resumes.

He said players who are interested in representing Club Sando should get vaccinated.

“Of course, that’s a must,” Dean said. Manager of Caledonia AIA Sejoux Leo-Star said, “We, as a sporting organisation, as well as one of the leaders in the T&T Pro League, we would do whatever is necessary to ensure that in order for the livelihood of our sport and the livelihood of our youths who are at risk (to) get back on the field.”

Manager of Bethel Utd Don Soverall, speaking about his players, said, “I can’t really confirm that all of them have been vaccinated, but some of them have acknowledged that they vaccinated already…and some said they will take it.”

Soverall, who said some of Bethel’s members are hesitant, believes some will be more encouraged to get vaccinated when a league is confirmed to kick off.

“If you hear that the league starting next week or next month, and they want to play, they will jump in, but they telling themselves no football is going to play, so they not fighting up too much…if football playing, they will take it.”

Manager of Petit Valley/Diego Martin Utd Derek Edwards agrees with Soverall that players will be more willing to be vaccinated if a league is planned.

“It have no football, so nobody in a hurry,” Edwards said.

But Edwards also believes players must be educated about the vaccine.

“I think educating them (about the virus and the vaccine) could really make a difference.”