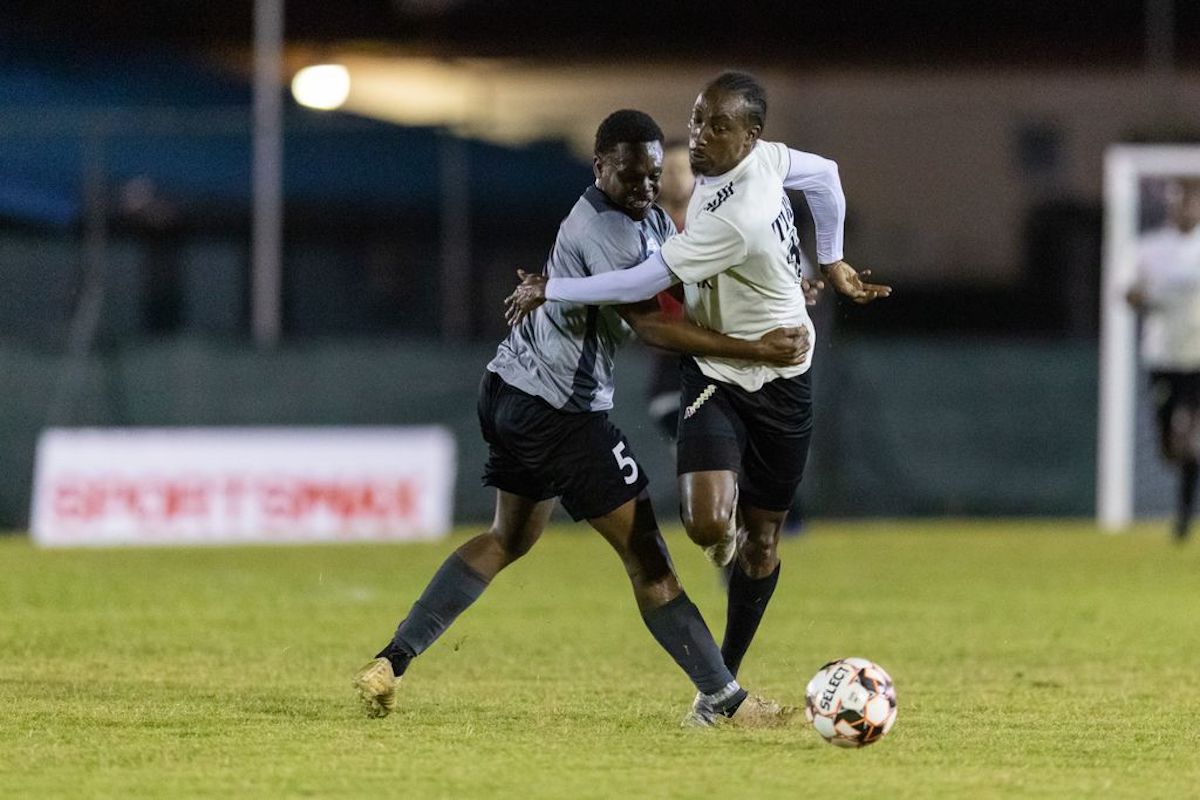 TERMINIX La Horquetta Rangers could be crowned 2022 Ascension football tournament champions as early as this Friday, when they meet defending champions Defence Force.

The teams played to a 1-1 draw on the opening day of the season but a win will see unbeaten Rangers crowned the new champs.

Rangers eked out a slender 1-0 win over second-placed Police FC on Friday night and are now just a win away from capturing the title, with matches remaining against Defence Force, Cunupia FC and Deportivo Point Fortin. Rangers meet Defence Force on Friday at La Horquetta, and are now just a point away from capturing the $100,000 Ascension first prize, having finished runners-up to Defence Force in the inaugural competition held two years ago, prior to the Covid-19 pandemic.

Playing before a big crowd at their La Horquetta home base, Rangers got a late winner, with 33-year-old veteran and former Trinidad and Tobago midfielder Tyronne Charles forcing the ball over the line with just eight minutes left in regulation time to see Rangers past the Boys in Blue.

Following a cagey first half in which the action was even and end-to-end, Police hit the crossbar, before Rangers finally got the breakthrough. Following his winner, Man-of-the Match Charles was confident that Rangers will now win the title.

“I think it’s the first time the club is going to win a piece of silverware and it is a real big feeling,” stated Charles.

Police’s wound was largely self-inflicted. They had now come out of the water break, when veteran goalkeeper Adrian Foncette opted to dwell on the ball rather than clear impending danger away from his penalty area. The ball was thrown into dynamic winger Real Gill and with one bit of magic, the national Under-20 winger split two markers and hit a low shot across the goal. Speedy Charles only had to out-race another former national player, Police right-back Kaydion Gabriel to the ball and touched it in at the back post.

“A good bit of individual skill and at the same time some really poor defending unlocked us and we conceded,” explained Richard Hood, the Police FC head coach. “It is unfortunate that we came out on the losing end tonight but I’m happy with the effort.”

Rangers managing director Richard Ferguson applauded the effort of both teams during a SportsMax post-match interview where he praised the work of Police coach Hood.“I think his team (Police) was absolutely magnificent. They played brilliant football. It is hard to come here and stunt the Rangers attack and they did that,” stated Ferguson. “We average over four goals a game and it’s very difficult for a team to come here and concede just one goal and they (Police) did it very well .”

Ferguson, also the main man behind the Ascension tournament, says that the real winner was the local game.

“I think the real winner is Trinidad football,” Ferguson declared. “This tournament has really brought Trinidad and Tobago football to the fore. It has changed the platform on which it is played. The crowds really coming out...the television is absolutely fantastic and that’s the real winner.”