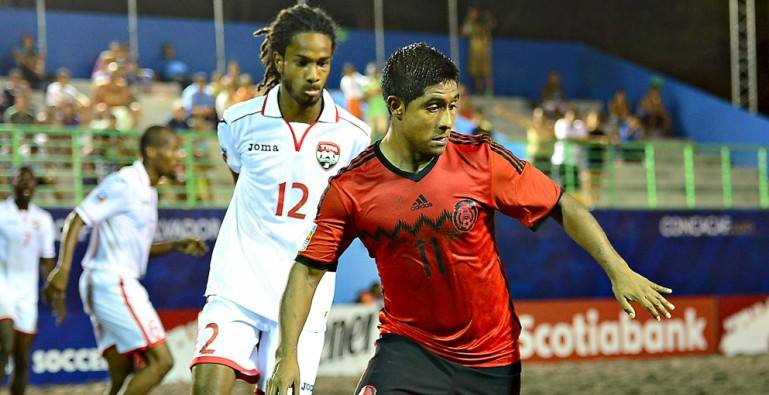 Both teams were antsy to get the win and first goal, but it was Mexico who navigated through the Soca Warriors’ defense to take the early lead. The lead ended holding up through the entire match, but the tension was there throughout as Trinidad and Tobago nearly scored on bunches of chances to level the score, or draw closer as the Mexicans took a late lead.The goals never came and Mexico earned the tough win, 1st place in the group, and even more confidence for the next round. Trinidad and Tobago finished 2nd in the group and will still be playing come Thursday, in the quarterfinals. Mexico had played a great opening two matches and they did not want to disappoint their fans, the crowd, or themselves, so they opened the match with the first goal, on a direct kick from Rodriguez, putting the score at 1-0. The Trinidad and Tobago side had also been very impressive in their opening to the event and even though they were on the wrong side of the first period score, they fought and did well to stop the Mexicans in their tracks after the one goal and they match went into the final minutes of the period with the same score, 1-0 for El Tricolor.A one goal lead is never safe for any team in beach soccer and the tension and pressure in the second period showed that, as Mexico was on their heels, tensely feeling the need to score again but not open up their back lines.

The Soca Warriors fought and fought but could not find the equalizer as the game wore on into the final minutes of the period. Both teams needed a goal, Trinidad and Tobago that much more than the Mexicans, but the goal did not come in the middle frame game and the match went into the final frame with Mexico up 1-0. Mexico, a team favoured to be one of the top two teams in the entire region,  were playing tough beach soccer all match but it took their captain, Cati, being fouled in the penalty area to find their scoring touch again, for the first time since the opening 12 minutes.The well struck penalty kick was just what the Mexicans needed as they did not let up on defense but they found the safety goal they needed, though they needed more and still could not relax. The comfort level was somewhat reached when another penalty was awarded to and they nailed the shot home, leaving the score at 3-0, and with the way their defense was playing, that was was a big enough lead to breathe easy. When the final buzzer sounded, Las Aztecas had earned the 4-0 win.ResultsMexico  4  v  T&T  0Rodriguez 1Maldonado 29Rodriguez  35Cati 56TeamsMexico: - Miguel Estrada; Angel Rodriguez, Francisco Cati, David Gonzalez, Abdiel Villa.Subs From: - Manuel Corona; Carlos Hernández, Adrian González, Gerardo Gómez, Gonzalo Pichardo, Ramon Maldonado (Yellow 22), Diego Rodriguez.Coach: - Ramon Raya Mejia.T&T: - Zane Coker (Red 29); Makan Hislop (Yellow 1, Red 9, Yellow 9), Ryan Augustine, Jesse Bailey, Chad Appoo.Subs From: - Karrem Perry, Lemuel Lyons, Hakeem King, Kerwin Stafford, David Mc Dougall, Kevon Woodley (Yellow 26).Coach: - Benyam Astorga.Upcoming quarter-final matchThursday, April 02, 2015T&T vs Costa Rica, 6:30pm