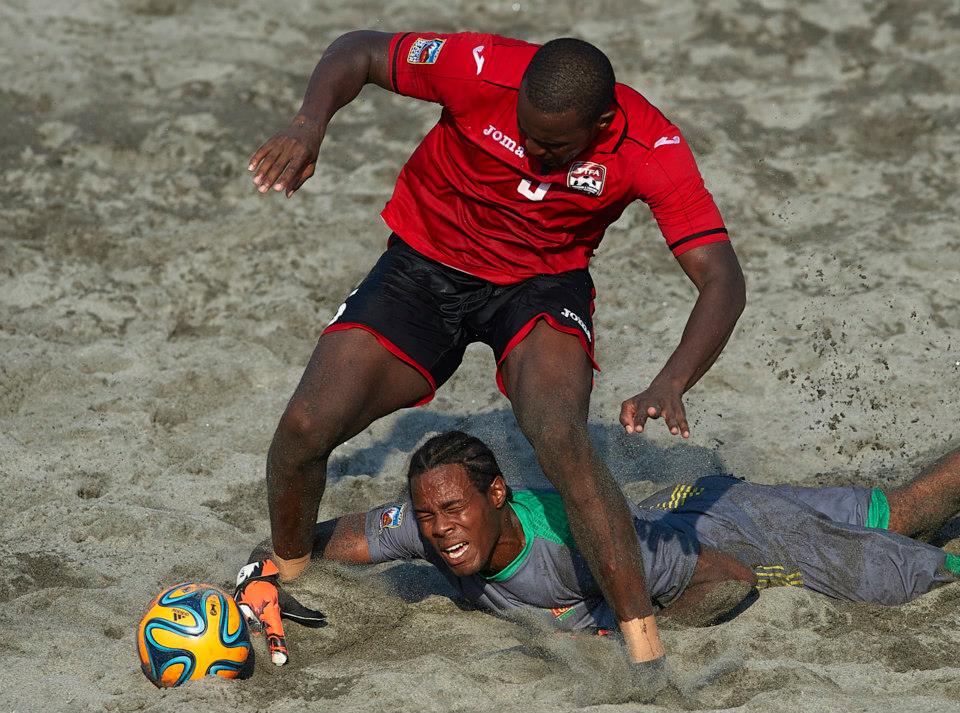 T&T got double strikes from the prolific Chad Appo, Makan Hislop and Kevon Woodley to ensure maximum points, despite a battling Reggae Boyz outfit who were led by a hattrick from an equally talented Rohan Reid.

The in-form Hislop gave the men in red, white and black the opening goal in the 7th minute, but the Jamaicans stormed back with an equaliser from Reid in the 15th.

Appo regained T&T’s advantage with a 16th minute item before Shallun Bobb made it 3-1, firing past the Jamaican custodian in the 18th.

However, Reid pulled one back in the 20th, the first of four goals to be scored in two minutes, as Woodley later got his first goal seconds after Reid.

A minute later, Reid, who had been single-handedly carrying the burden for the Jamaicans, completed his hattrick (21st minute) to reduce the scoreline to 3-4.

But Appo then notched his second item within the minute to hand T&T a comfortable 5-3 lead heading into the third session, while Hislop and Woodley got their second goals in the 29th and 33rd respectively.

The other two goals for T&T came from the feet of Ryan Augustine (30th) and Kelvion Charles in the 34th.

T&T were hoping to go all the way after impressive starts against the US Virgin Islands 5-1 and Antigua & Barbuda 8-1. But they stumbled to a 5-1 defeat to the United States and later failed to get past the hosts, going down 5-2 in a fifth-place playoff on Saturday.

In that match, Gary Joseph opened the scoring for the hosts, calmly slipping the ball past T&T goalkeeper Zane Coker.

The lead was doubled when Garvin Christie prodded in his side’s second from close range.

With the hosts in control going into the latter stages of the game, skipper Christie registered again when he won a 50-50 challenge with substitute goalkeeper Victor Thomas and finished into an open net.

T&T threw everything at Bahamas but were hit by a Justin St. Fleur sucker punch when the in-form forward clipped in his side’s fourth, following a swift throw from goalkeeper Torin Ferguson.

Jesse Bailey got T&T on the board while Lemuel Lyons also slotted home a penalty, but it proved too late as Joseph’s penalty later wrapped up proceedings.