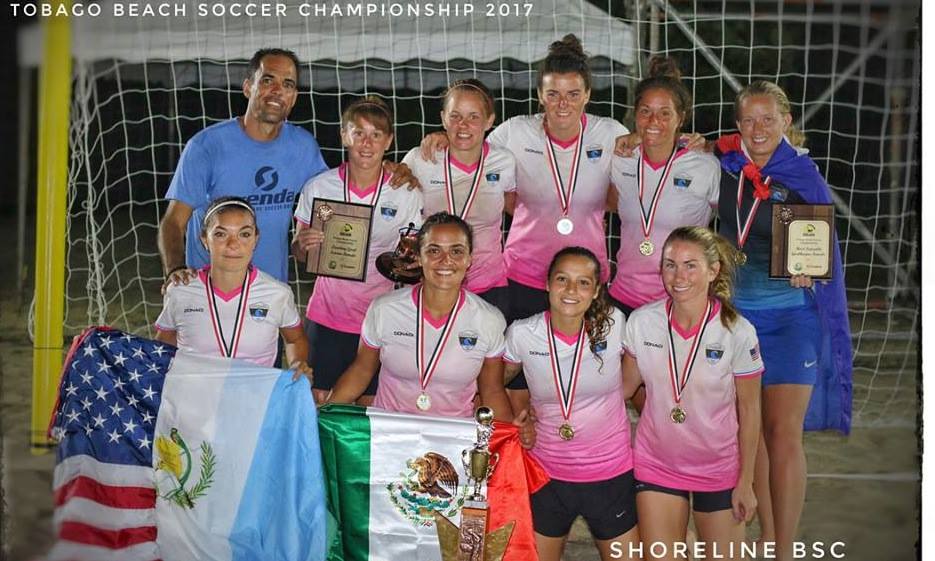 The event was held at its traditional venue at the Black Rock Heritage Park in Courland Bay, commonly also called Turtle Beach.

Given the them ‘Ground Zero’ severe budget cuts to this year’s event still saw it well subscribed by interested teams and saw six men’s teams as well as a record five women’s teams competing over a three-day period for top honours.

In Sunday’s women’s final, Shoreline women’s team, led by the free-scoring Englishwoman Gemma-Louise Hillier who scored four goals, comfortably defeated NorCal 7-3 with Hillier improving her tournament tally to 17. Their other goals in the final were scored by Katie James (2) and Anjuli Ladron (1).

Shoreline goalkeeper, Annelies Martijn of the Netherlands said that the tournament was a good one with a surprisingly high level of play while Hillier added she hoped to return to the Tobago tournament in future”It was amazing to get the opportunity to come to Tobago to play with an amazing team. Goals aren’t scored on your own, its a team game so I couldn’t have done it without these guys.”

That experience was tested after Hurricanes fell behind early in the first period and had to rally back to level the scores and then take a 3-1 lead into the first interval however after that, AQ re-assumed total control to run away with a convincing 7-5 win.

He said, “The atmosphere is incredible, you know it. This is my fourth time here and first time with Lions but we hope to come here again.”

T&T goalkeeper and captain of the BSC Hurricanes, Zane Coker although frustrated with the result was heartened by the continued improvements being made by local teams and said, “I think that what we have here in Tobago is spectacular. There is no doubt that the Caribbean and Trinidad and Tobago have the quality of players that can compete with the international teams.”