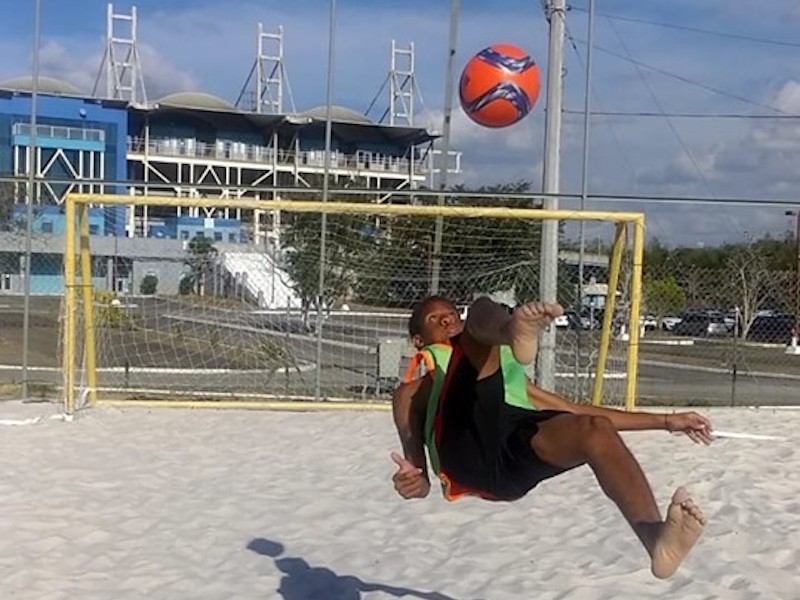 A Trinidad and Tobago National Beach Soccer team will depart for Mexico on Saturday to compete at the 2019 CONCACAF Beach Soccer Championship and World Cup qualifiers.

The competition will take place in Puerto Vallarta, Mexico from May 13-19. Sixteen Concacaf nations will participate with the best two teams advancing to the FIFA Beach Soccer World Cup Paraguay 2019. T&T are in Group B with defending champions Panama, Turks & Caicos Islands and the USVirgin Islands. After round robin play, the first and second-place finishers of each of the four groups will advance to the quarter-finals, with the winners moving forward to the semi-finals.

The winners of the semi-final matches will automatically qualify for the tournament’s final, as well as the Fifa Beach Soccer World Cup Paraguay 2019.

T&T will face Turks and Caicos in its opening game on Monday followed by a fixture with US Virgin Islands on Tuesday and Panama on Thursday.

Under the guidance of player/coach Ryan Augustine, a squad has been undergoing preparations for the past few weeks at the spanking new beach soccer pitch at the TTFA Home of Football in Couva.

“We’ve prepared with the intentions of going there to compete strongly and give it our best shot,” Augustine told TTFA Media.

“The introduction of the new pitch at the Home of Football has made a huge difference in our ability to thoroughly prepare for the competition. Simply having access to the right type of sand has allowed us the luxury to improve all technical facets of the game,” Augustine added.

Previously T&T would have trained on a sand pitch at Saith Park in Chaguanas.

T&T have won nine of sixteen qualifying matches over three qualifying campaigns. Mexico are the most successful nation with three titles. The United States have won two titles and, additionally, they won the 2007 joint event. Along with El Salvador and Costa Rica, this quartet have dominated the championship, finishing in the top four together in five of the seven tournaments.Panama are the current champions.

Competition Format: The 16 participating teams will be sorted into four groups of four teams. After round-robin play, the first and second place finishers of each group will advance to the quarterfinals. Quarterfinals winners will advance to the semifinals. Semifinal winners will automatically qualify for the tournament’s final, as well as the FIFA Beach Soccer World Cup Paraguay 2019.