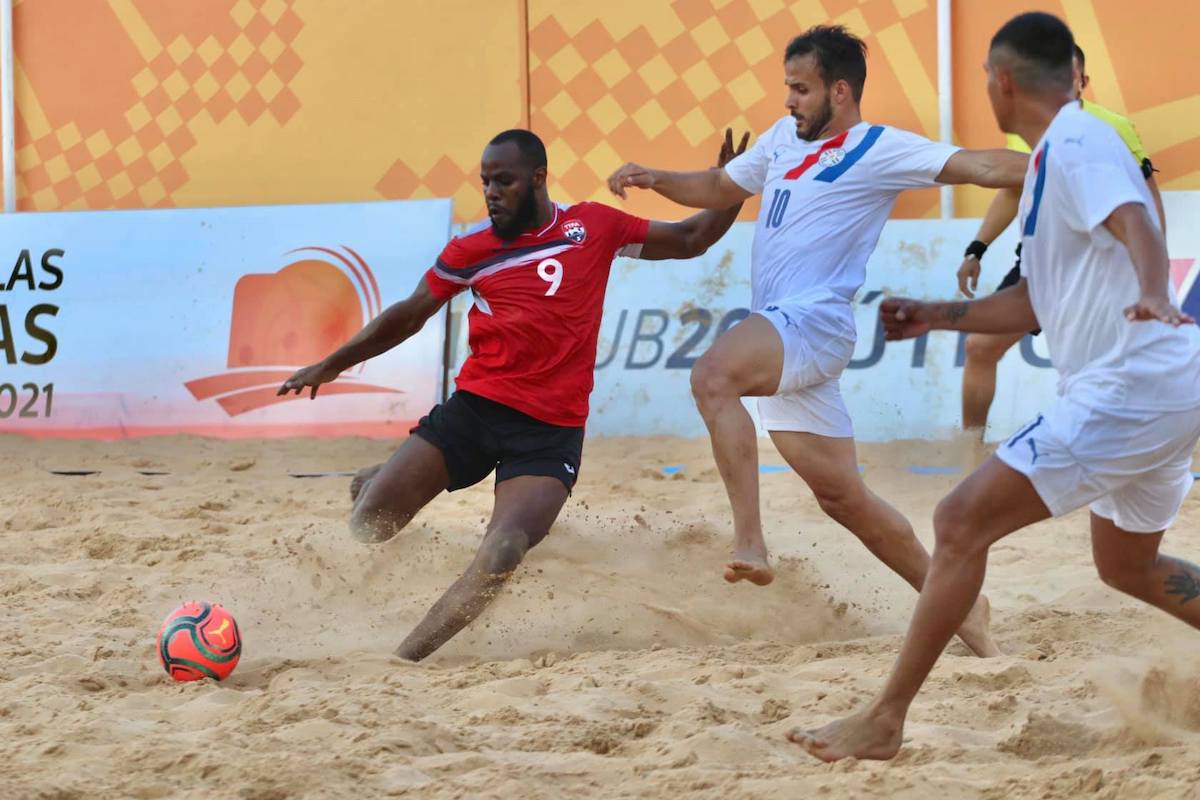 The hosts prevailed 3-2, but T&T were rewarded with an own goal, and a strike from Omri Baird.

The T&T team are in Paraguay for a two-week long training camp, ahead of the 2021 Concacaf Beach Soccer Championship in Costa Rica, scheduled from May 17-23.

In an interview on the T&T Football Association (TTFA) Facebook page, T&T captain Ryan Augustine said, “The opportunity to play and train in Paraguay will be critical for us. It’s the first time we’re getting this preparation, at this standard. The only other time we got something this close was in 2017.”

He continued, “Being able to play against a team that is eighth in the world, we know that in Concacaf we don’t have any team that is close to their level or their intensity. The opportunity to play Paraguay is going to be pivotal for us this time.

“They are also preparing for their qualifiers, in CONMEBOL. I’m really looking forward to our chances in the qualifiers.”

The quarter-finals are set for May 21, with the semi-finals on May 22 and the third-place match, and final, on May 23.

The finalists will be guaranteed spots at the 2021 FIFA Beach Soccer World Cup in Russia.