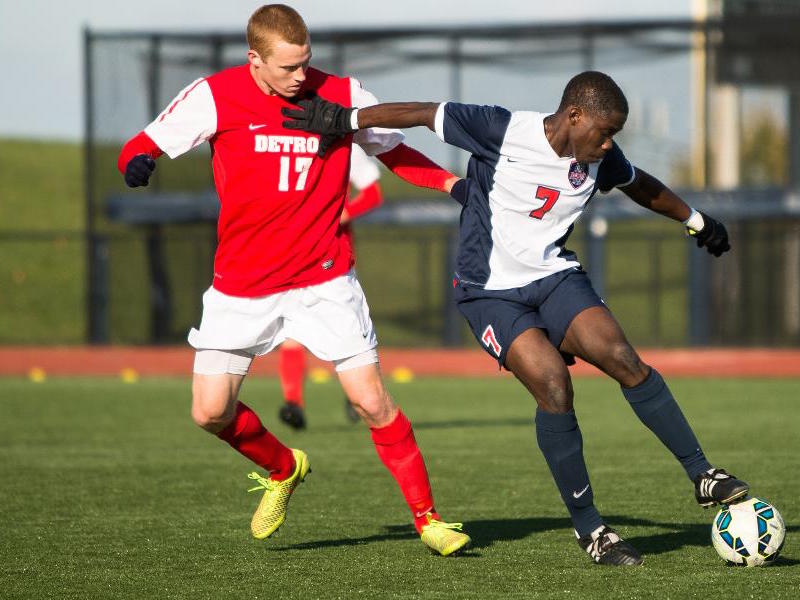 The engaging striker appeared in all 18 matches for the Bruins, tallying two goals and one assist on 30 shot attempts.

Arguably his greatest shining moment of the season came Oct. 25 against Green Bay, as Hyacenth set up Cole Peters' game-tying goal and won it himself with a header in extra time.

"We are very happy for Rashad, that he was recognized by our league's coaches," Belmont head coach Bryan Green said. "He is a talented player and finished the season very well, despite most opposing coaches focusing all of their defensive efforts on him. While not an official statistic, Rashad probably was one of the most fouled players in the conference. As he continues to develop, we expect bigger and better things from him."

"I am disappointed that Luca Schioppa was not recognized," Green added. "Not only was he our most influencial player, he was clearly the best player on the field in our last four league matches."

"The seniors were outstanding for us this year. As a group, they bought into a new way of doing things and although we didn't always get the results we hoped for, we made great strides in establishing how we want to play in the future. The six seniors are a big part of that."