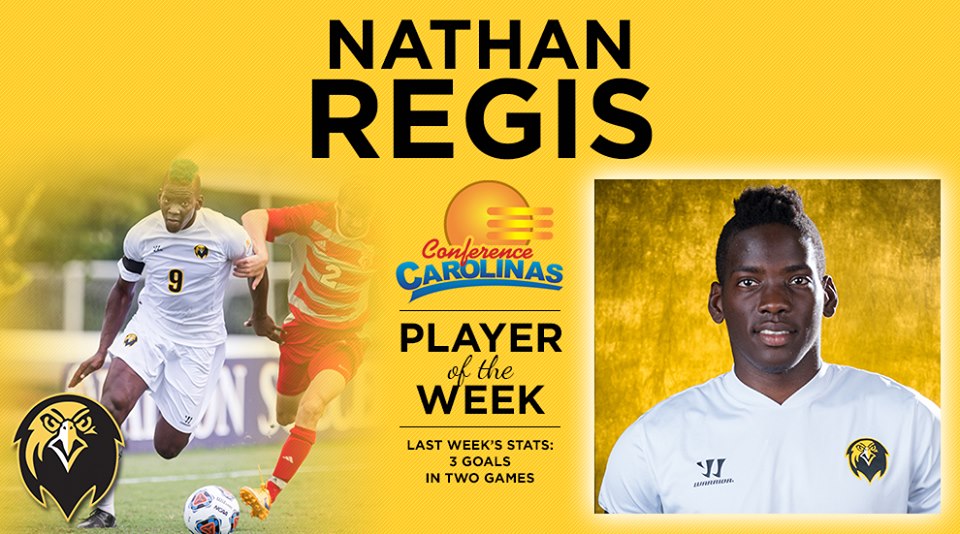 Pfeiffer forward Nathan Regis has been named the Conference Carolinas Player of the Week for the week for the week of Oct. 5-11. The junior finished the week with three goals in two contests and helped lead the Falcons to a school-record 11th consecutive win.

Regis tallied one goal in the Falcons 2-0 win over Mount Olive on Wednesday afternoon and followed that up with a two goal performance in a 5-0 rout of Belmont Abbey. Regis entered the week tied for the national lead in goals scored and raised that total to 15. He is currently just seven goals shy of the all-time record for goals in a season which was set in 1965.

Regis and the No. 2 Falcons will find out where they stand in the new NSCAA Coaches Poll tomorrow afternoon as they have made a strong case to move up to No. 1 in the nation.