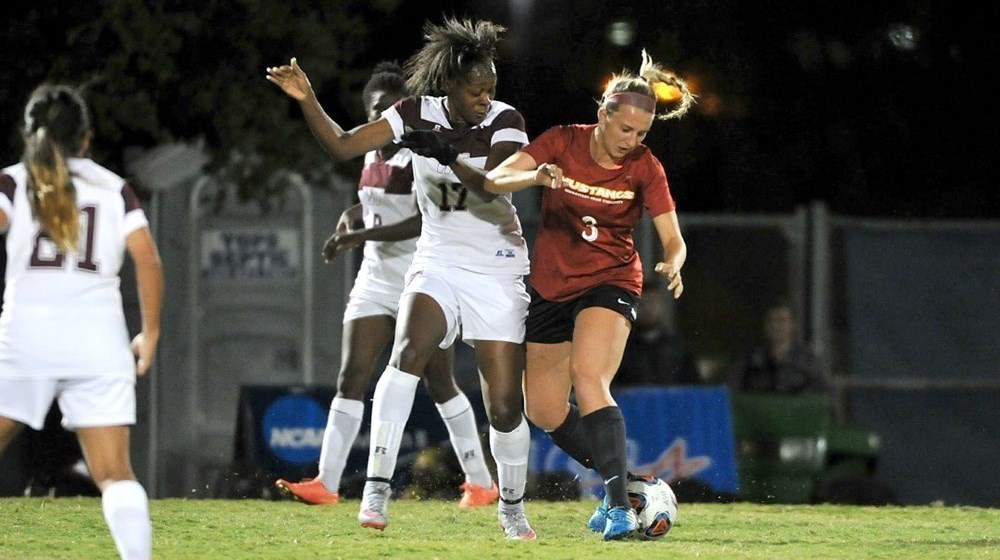 Forbes was a 2015 First-Team LSC All-Conference and All-Tournament selection while leading the Lady Buffs in assists (4). After battling injuries and international duties during her first season at WT, Forbes played a key role in the team's run to the LSC Championship game scoring the game winner against Midwestern State in the quarterfinals. She scored five goals, including three game-winners, on 79 shots and 34 shots on goal.

Khadidra Debesette led the team offensively as she scored a team-high eight goals and 18 points, including a school record four against Texas A&M-International on Sept 28. She earned Lone Star Conference Offensive Player of the Week honors on Sept. 30 for her performance against TAMUI.

Khadisha Debesette was a 2015 First-Team LSC All-Conference and All-Tournament selection after starting 17 matches for the Lady Buffs this past season. She was part of a backline that had seven shutouts and scored her lone goal against Lubbock Christian on Oct. 28.

All 13 first-team All-Region selections will now be placed on the national ballot for All-American consideration. The All-American teams are scheduled to be released on Wednesday, December 2.