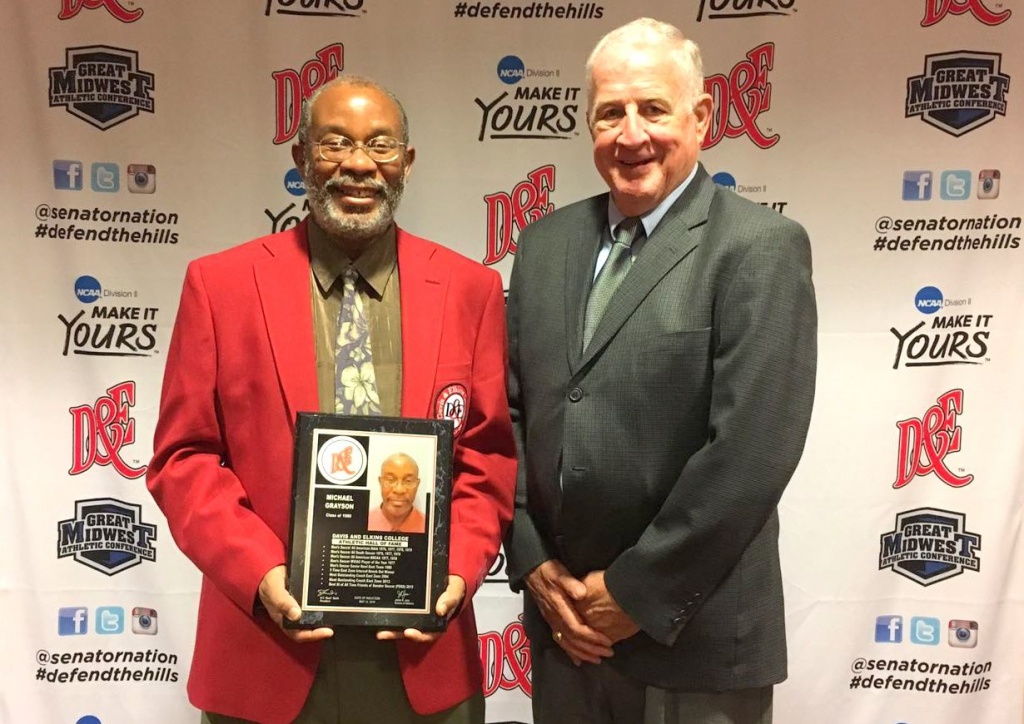 Former national midfielder and legendary St. Augustine Secondary and Arima Senior Comprehensive coach, Michael Grayson, was inducted into the Davis and Elkins College Athletic Hall of Fame this past weekend. Grayson was one of four new inductees who were honored at the ceremony held on Saturday, May 14th at the Myles Center for the Arts Harper-McNeeley Auditorium.

With this accomplishment, Grayson becomes the first Trinidadian to grace the college’s Hall of Fame. No stranger to Trinidad and Tobago soccer players, Davis and Elkins is the alma mater of former national midfielder and T&T Technical Director Kendall Walkes, former national midfielder and T&T Women’s Head Coach Marlon Charles, and former SSFL and national U-20 standout Anthony Sherwood.

The Athletic Hall of Fame was opened in 1974 and commemorative plaques are displayed in the Hilda and Robert R. Butler Lobby of The McDonnell Center. This is what was said at Grayson’s induction:

“Our third inductee of the Class of 2016 for the Davis and Elkins College Athletic Hall of Fame is Michael Grayson.

Michael is a 1980 graduate of D&E and was a member of the Senators Soccer program from 1976 to 1980 under head coach Fred Schmaltz. Grayson came to Davis and Elkins College from his native Republic of Trinidad and Tobago, where he was a member of the senior team in 1975.

Michael was an impact player on the field and excelled during his time at Davis & Elkins, earning All American honors in all four seasons with the Senators.

In 1977 he helped lead the Senators to a third place finish in the NAIA National Tournament.

Grayson was also a part of fourth place finishes in 1976 and 1978. Grayson helped Davis & Elkins College to multiple West Virginia Intercollegiate Athletic Conference Championships and was named the Conference Player of the Year in 1977 and 1979. Grayson also competed in the 1980 National Senior Bowl. Grayson’s peers in the Friends of Senator Soccer lauded his achievements by presenting him as a Member of Best XI of All Time award in 2015.

After graduating with a Bachelor degree in Spanish from D&E, Grayson went on to earn his Masters degree in Spanish from Appalachian State University in Boone, N.C. where he also coached as an assistant. Grayson is currently the dean and acting vice principal at St. Joseph Secondary, a 6 through 12th school in Trinidad and Tobago. He continues to share his athletic talents as the head soccer coach at St. Augustine Secondary school, a position he has held since 2004. Grayson has coached his team to nine East Zone Intercol championships. Please join us in welcoming Michael Grayson back to D&E and congratulating him on his induction to the D&E Athletics Hall of Fame.”