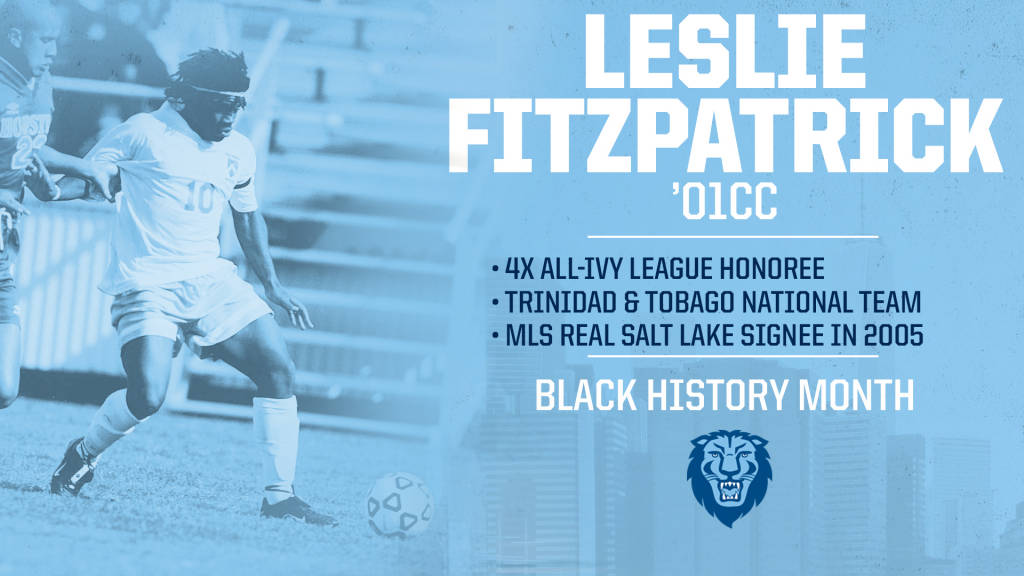 Men's Soccer star Leslie "Tiger" Fitzpatrick left a lasting impact at Columbia, one that is still felt today.  Fitzpatrick still holds coveted spots in the Columbia record books including #9 on all-time career goals, #3 for single season assists, #3 for career assists, and #7 for career points.  During his career at Columbia he was a four-time All-Ivy League and two-time All-Region honoree.

In 2005, Fitzpatrick signed with Real Salt Lake of MLS. Fitzpatrick, a left sided midfielder, joined the expansion team from Atlanta of the A-League. Having earned his first international cap from Trinidad and Tobago's national team, the signing highlighted an outstanding year for the 2001 graduate.

"I always knew it would happen and I'm glad he's getting the opportunity now," said Columbia head coach Dieter Ficken, "I think he will be very successful because he is not only a great player but an even better person."

Fitzpatrick's profile increased after a strong performance against the United States in a World Cup qualifier in February. Tiger saw his first action for RSL on Saturday as he entered the game as a substitution in the 76th minute. Real scored five minutes after his arrival in the match to win 1-0.

In 2007, Fitzpatrick was featured in an article by Stephen Eschenbach as a part of the Ivy League's 50th anniversary celebrations.  During the interview, Fitzpatrick recalled his final game at Columbia, on his 22nd birthday, when he scored both of Columbia's goals. "I think I ran the full gamut of emotions that day from scoring the goals, to it being my birthday, to knowing that another chapter of my career was ending. It was one of the most emotionally charged days of my life."