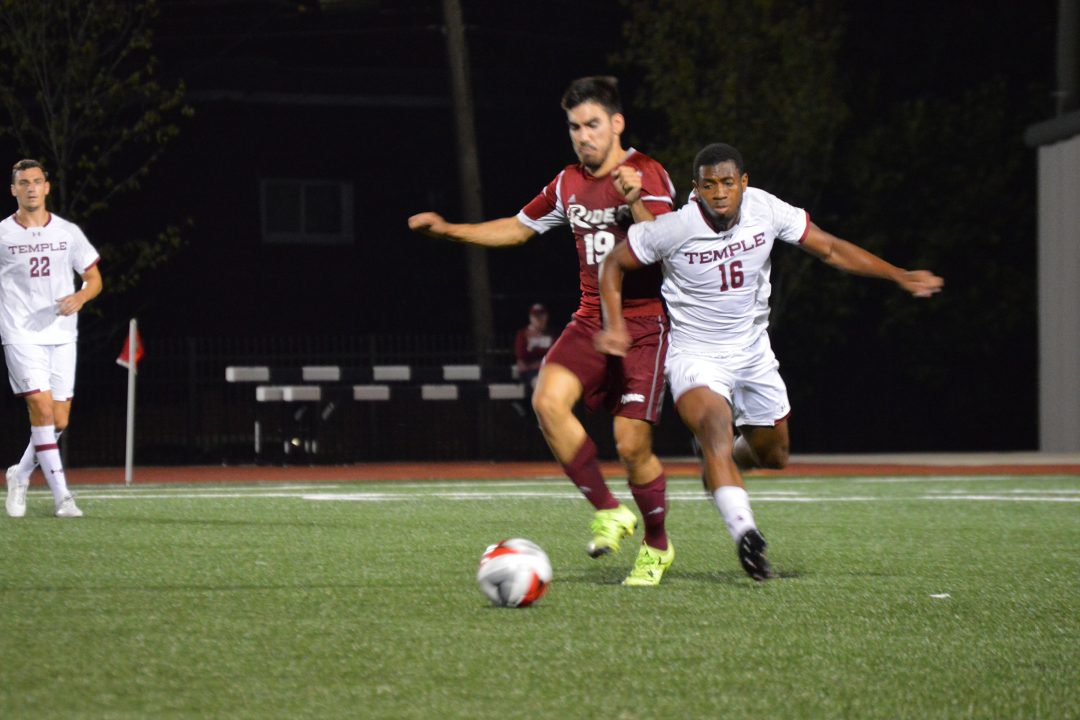 When Brendon Creed thinks about soccer, it tends to be about the big picture.

The senior defensive midfielder enjoys the physical aspects of the sport — he wants to score and win. But Creed also sees soccer as a way for people to connect.

Creed said he has had many interactions through soccer that he likely would not have experienced otherwise. He lived in Petit Valley, Trinidad until he moved to the United States to play for Temple.

Since joining the Owls, Creed has established himself as a leader on the team. Creed is one of the team’s four captains and plays closely with fellow captains redshirt-senior defender Mark Grasela, redshirt-senior goalkeeper Alex Cagle and junior midfielder Hermann Doerner.

“He’s pretty level-headed, he’s pretty composed, so I think he’s got some good qualities for leadership,” coach David MacWilliams said. “He definitely leads by example. He’s quiet in a sense, but when he’s not, the boys listen.”

As a team captain, Creed said he acts as a go-between for the coaches and players. If the team wants to work on a particular skill in practice, he’ll talk to the coaches about spending some time on it. He also gives “tough love” when necessary but will encourage his teammates to play the best they can, he said.

Creed has his finger on the pulse of the game at all times, and has to be because of his high volume of minutes. Entering Saturday, Creed had played 340 minutes, which ranked only behind four players. Creed started Saturday’s game but left at the four-minute mark against St. John’s University.

He reads plays, understands the flow of the game and is aware of his teammates’ morale throughout matches, MacWilliams said.

“I’m aggressive, so when I see the team’s energy is dropping, I think all I really need to do is put in a pretty hard tackle to get the team energy back up again,” Creed said.

Of the 14 players who have started a game this season, four are six feet or taller. Creed is just a shade below them at 5 feet 11 inches tall. His size and aggression help Temple in front of the net during set pieces and in the backfield, MacWilliams said.

Some of Creed’s success comes from his experience as a team captain on Trinidad’s Under-17 team.

While playing for Trinidad in 2013, he started in all six games and scored three goals. Creed helped lead his national team to a 4-2 record.

“You go up against some tough opposition,” Creed said. “Being a captain as well, especially going on tours and stuff, it’s tough, but you have to be focused and see if you can keep the players focused.”

In his Temple career, Creed has recorded two assists but has not yet scored. He hopes he can change that in his final season.

“I’d like to get some goals under my name,” Creed said. “Get some goals from corners, maybe some assists as well. Anything I can do to help the team get some victories.”