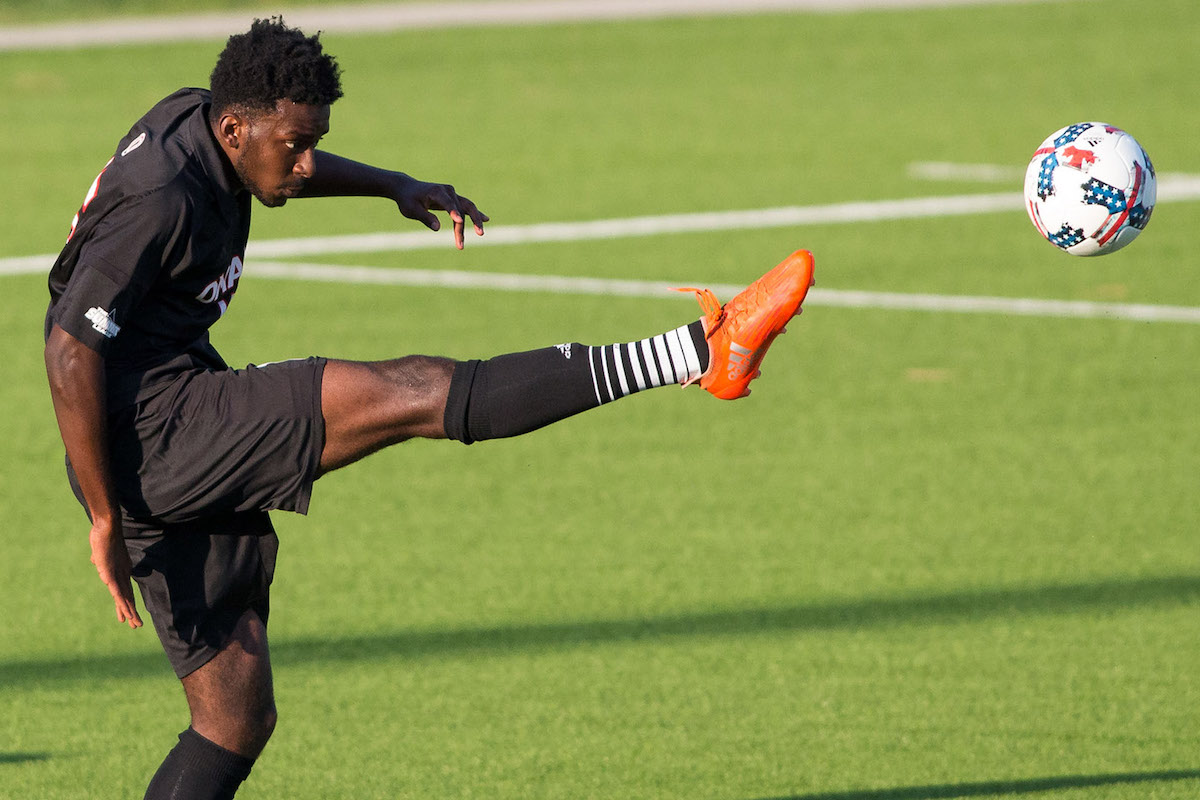 For Denzel Woods, coming to America meant no more hearing gun shots while practicing at the soccer field.

The Santa Cruz, Trinidad native was brought to the U.S. by a sport, of all things. A star and captain on the UNO men’s soccer team, Woods is very grateful for the education and experience that Omaha has given him so far.

“I am extremely grateful for the opportunity to play here at UNO,” said Woods. “I have had great experiences and formed lifelong relationships.”

Although Woods relies on his tight-knit team, he often misses his family back home in Trinidad.

The three thousand miles that separate them means seeing his family only once a year. Woods describes the struggle as one that is difficult but worth it. “I am just glad to be in America where I can show people in my home country that there is more and that you don’t have to settle in life,” said Woods.

Technological advances such as FaceTime allows Woods to virtually see his family whenever he wants; however, he chooses not to a lot of the time.

“It’s too hard for me to Facetime or call them because it’s almost like a tease,” said Woods. “It just makes me miss them more.”

Despite this strain on Woods’ life, he says he can depend on his fellow Omaha teammates and coaches to get him through. “They really are like my second family,” said Woods. “They make me feel like I’m at home.” The relationship between Woods and his Omaha community is one that he hopes to see continue to grow as this season goes on.