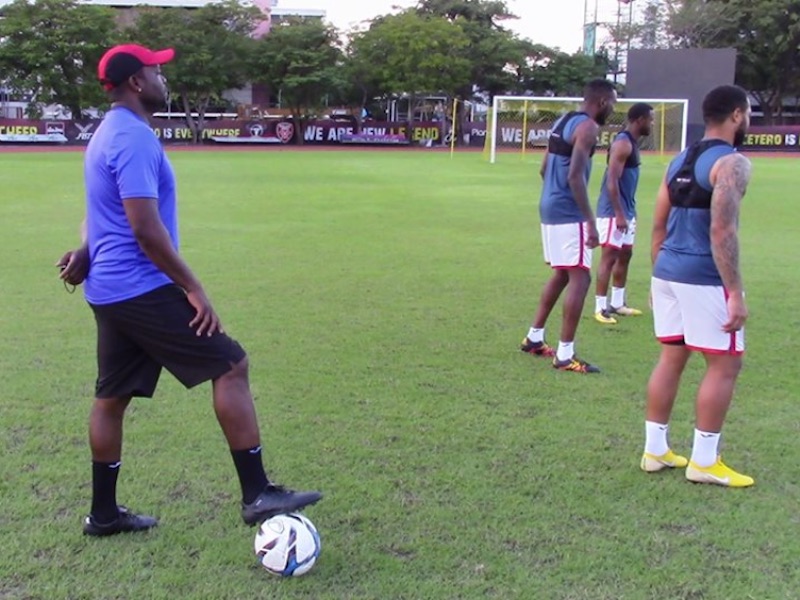 John, during an interview at the Football For A Cause charity event recently, said, “It was a pleasure being part of it. I have a lot of love for the MLS because the MLS played a pivotal role in my career.

“I’ve done really well there and for them to show their appreciation and (invite) me as a coach and one of the scouts was great.”

The 41-year-old John, who is also the coach of Pro League team Central FC, continued, “It’s a good opportunity for the Caribbean players to showcase their skills. If they continue building it, we should (have) a bit more players in the MLS.”

Another ex-national striker who is giving back to the game is Kenwyne Jones, who is serving as assistant coach to Nigel Grovesnor at QRC in the Secondary Schools Football League (SSFL).

“To be honest, it’s pretty easy,” said the 34-year-old ex-T&T captain. “As any player, when you get to the top level in football, and have such a long career, if you are not looking at football and having the viewpoint as a coach while you’re playing, because that makes you a better player, in the coaching arena that’s no different.”

Jones retired from competitive football last year and he admitted, “It’s officially a year now actually but I’m not missing anything. I’m happy with where I’m at.

“I’ve realised that now football is for the young and when you’re going through your career, you don’t think about how hard it is. When you stop and then go back to play, is when you realise how hard the work is. I’m happy with the body of work I’ve had for such a long time. I’m not missing anything.”