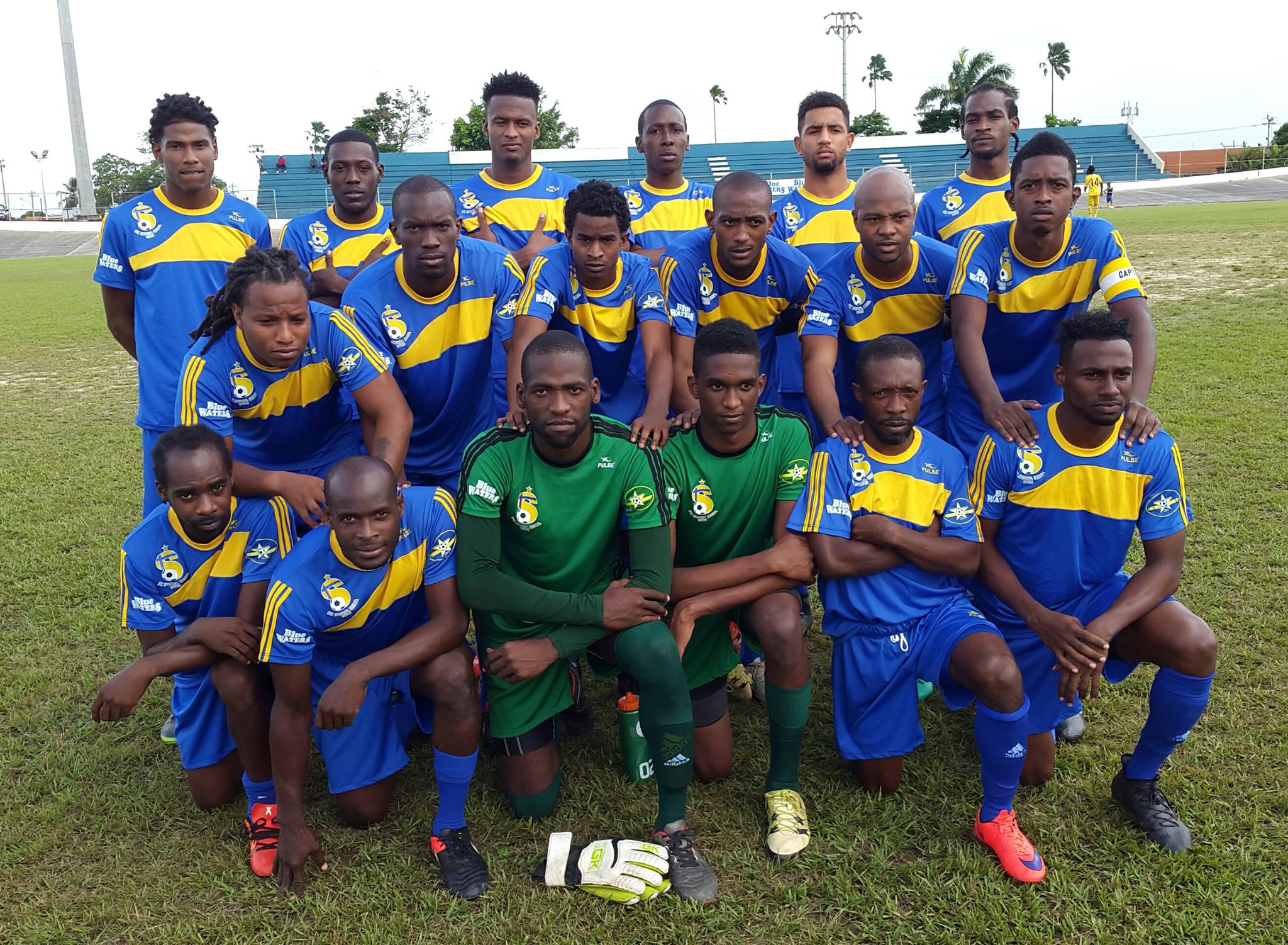 While Santa Rosa's Big Cannons still could have won in the final act of a match filled with drama and controversy, the most important actor on the day was the referee.

FC Santa Rosa visited 1976 Phoenix FC in the 2017 FA Cup Round of 16 match yesterday and lost 2:3 on kicks from the penalty spot after the score was tied at 2:2 at he end of regulation time.

Playing on an atrocious field, Santa Rosa took the lead when Kheelon Mitchell rifled home a through pass from Keston Jones (16") but Phoenix equalized shortly before half-time. 1:1 at the half.

One minute after the resumption a Phoenix shot entered the goal net through the side panel, for which the referee awarded a goal. Santa Rosa players protested and the referee showed the red card to two. The protest continued and, on the advice of the assistant referee who had seen the play, eventually the referee changed her call, awarded a corner to Phoenix and changed that call to a goal kick to Santa Rosa. The referee then proceeded to eject Jesse Reyes and Ryan Stewart, although the latter was not involved in the protests.

Santa Rosa changed tactic, defended from a very deep line and played on the counter-attack. This paid rich dividends as the Big Cannons repelled Phoenix time and again and took the lead with another Kheelon Mitchell goal (73") when he chased a forward pass out of the defence, took on five defenders and slammed a left footer past the Phoenix goalkeeper. 2:1 to Santa Rosa.

The pressure of lesser numbers and tired legs eventually told on Santa Rosa, however, and Phoenix equalized with three minutes left. 2:2. The referee then added ten minutes to the match and played eleven. The Big Cannons held out but, after playing with nine men for fifty-five minutes, they lost the kicks from the penalty spot 2:3.

FC Santa Rosa has forwarded a complaint to the Referees Association concerning the atrocious performance of the referee.

.."referees are no longer mandated to pass a fitness test or acquaint themselves with the changes in the laws of the game and officials who have a clear biases or affiliation with some teams are constantly place on games and allowed to make a mockery of the game.

Some officials are left to dictate the pace and outcome of the game by their decisions and the Referees Committee and Referees Department decision to place inexperienced officials on top level games,"..