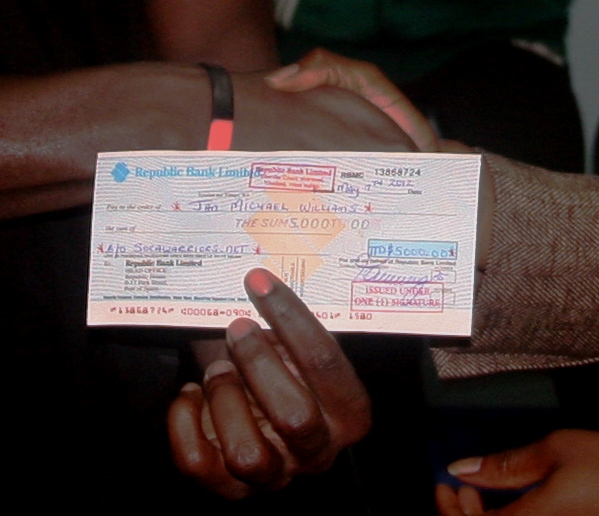 In keeping with its objective to positively contribute to T&T football, the Soca Warriors Online (SWO) and the Warrior Nation (WN) have stepped forward in assisting a past servant of the men’s national football team, Mr. Jan-Michael Williams and his family.

The W Connection (WCFC) captain and former T&T goalkeeper was in a terrible state and in need of support and financial assistant after his fiancée, Candice Worrell was literally left fighting for her life at the St Clair Medical Centre in Port of Spain a few months running.

Though her condition has improved, the former beauty queen is still recovering at the Medical Centre after she was brutally assaulted and robbed outside her work place at 38 John Street, Montrose, Chaguanas earlier this year.

While her family pleads for financial assistance from the Minister of Tourism, Dr. Rupert T. Griffith and Chaguanas MP Jack Warner, the SWO and the Warrior Nation have contributed to the cause and made a $5,000.00 donation to the Williams’ family, with another event in their honor to be planned soon.

While the amount donated may not be a large sum, we hope that when combined with other donations it will help ease the financial burden placed on the family as a result of the aforementioned horrific occurrence.

Below are a few questions Jan Michael Williams was asked shortly after the presentation was made by our very own Patricia “Brown Sugar” Smart.

1. How has the incident with Candice affected your ability to represent W Connection.
It has been rough.  But I think the experience helped me to focus better on and off the field.

2. I read an article in the Express where Candice’s mom has stated that the family needs help with Candice’s medical bills?  What are your thoughts on the level of support from teammates, your club, other clubs, the general public etc.?
The support from the wider public has been very good.  It was a bit rough at first but as time went by the support got better and donations such as tonight are coming in and it’s really appreciated.

3. What are your thoughts on the crime situation in the country?
It is bad. I think the government should do more although within recent times I have seen an increase in the number of police patrols in various neighborhoods.  But I think that more could be done to catch these criminals.

4. How is your daughter Nevaeh doing?
(Pronounced Nay-vee-yah).   She is doing fine.  She will be 14 months in 2 days and she is just mischievous as ever. (chuckle)....

5. You played overseas for a while.  What was the experience like?
I enjoyed it.  I learned a lot having played in a number European countries.  Because of that experience I can share my knowledge with my teammates at W Connection.

6. Why didn't you remain playing overseas?
A number of reasons. I was in the process of purchasing/building a home in Trinidad and I felt I needed to be around physically. Then there is the problem of racism in Hungary with Ferencvárosi TC that affected me directly as a black goalkeeper and it was difficult to deal with at times.  Additionally, the situation with the club became untenable after a while and I felt the best move was to come back home to my club W Connection.

7. Do you have any plans for overseas trials (once Candice’s condition has stabilized)?
No.  Due to my age I don’t think it’s in my best interest to go back on trials etc. By the way, Candice actually spoke to her mother today albeit briefly. So it appears as though she is recovering slowly but steadily.

8. How has the experience of being named WCFC Captain been?
It’s been very good and I’m enjoying it immensely.

9. What are your thoughts on the state of football on a National level?
Ooooohhhhh!!!  That one is tricky.  I think that change is needed in the administration of football on a national level.   A step in the right direction was made by including someone like Anthony Harford and more people like him need to become involved.  But overall, the current football administration needs to be overhauled. 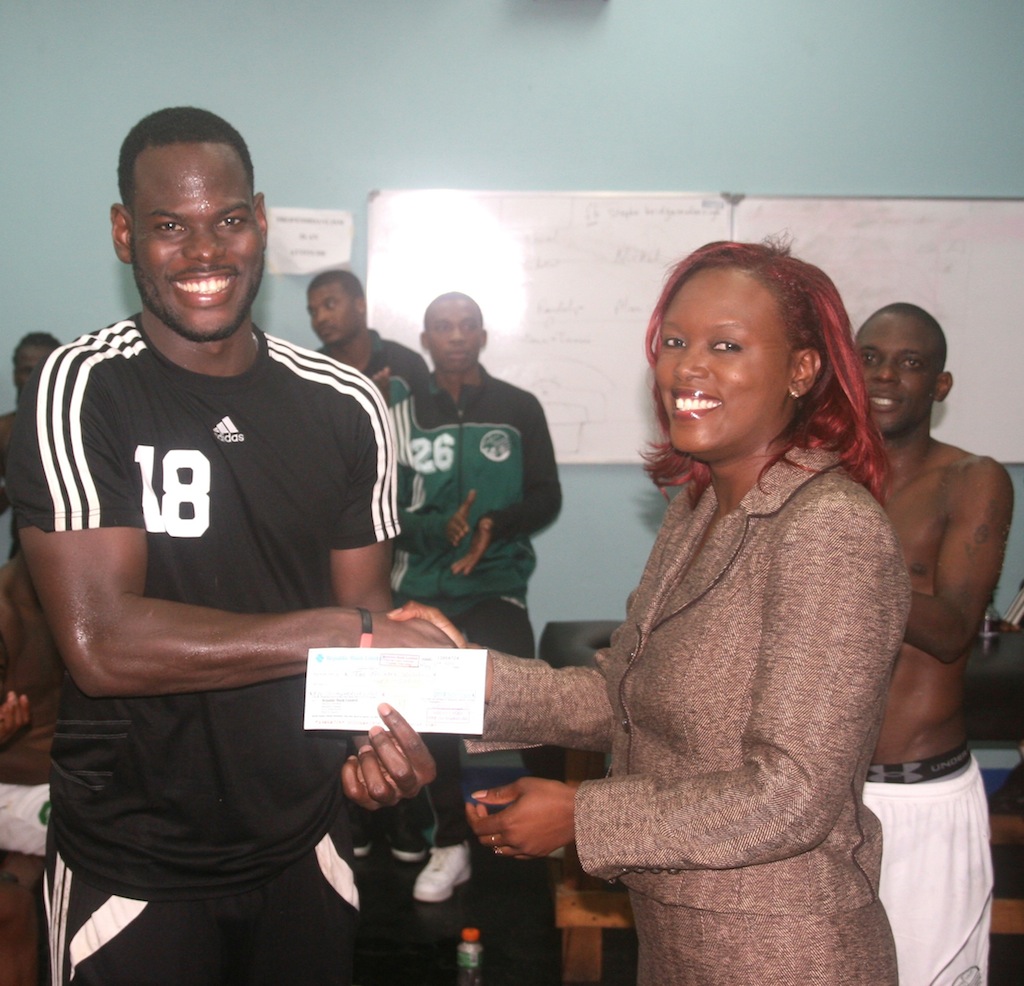 10. Have you ever visited the Socawarriors.net website?
An emphatic yes!!  It is my number one website.  I don’t get to go onto the internet very often, but when I do it is the first site I visit.  The site is a good source of information.  I really like the vibes there.   Oh yes I forgot to mention a special thanks to Flex personally and thanks to SocaWarriors.net/WarriorNation members for their love and support.

The SWO would like to wish Candice a complete and speedy recovery as we continue to keep her in our prayers. We would also like to thank Jan Michael Williams for taking the time to do this interview for us even in these tough times. We hope to see many follow our lead and come and support our fellow country man.

Finally, special thanks to the SWO/Warrior Nation members who made it possible.