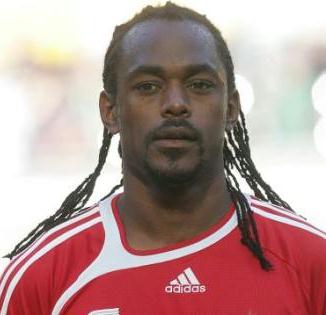 Brent Sancho, has emphatically denied that the levy of the ex-footballers against the Trinidad and Tobago Football Federation (TTFF) last week is one of malicious intent.

“It isn’t about funds or some selfish act of grabbing money for our pockets. It’s a bigger picture we are looking at and that is the federation being held accountable and for failing to restructure local and national football,” he said

The former national player vehemently stated the position of the players, after Justice Devendra Rampersad ruled for an interim payment of $4.2 million to the 13 2006 Soca Warriors.

The fiasco, which boiled over with the raid on the TTFF headquarters and subsequently Jack Warner’s recent radio interview, saw the Works and Infrastructure Minister incessantly lambaste the footballers as ‘greedy’.

“It’s a travesty for Warner to throw these words around when he and the TTFF are showing no transparency. What transpired with the raid was the judicial system at work.

Sancho professed that the issue was the administration and institution of the TTFF in its entirety as he voiced concerns over the credibility of the federation.

“They’re just sitting back and doing nothing. Warner said he produced the relevant books but why did (Justice Devendra) Rampersad rule in our favour? From the case, the judge deemed what the TTFF produced as unacceptable, hence the event that transpired.

It is clear that something is wrong and needs to be clarified,” Sancho claimed.

Sancho also highlighted a poignant issue into what the annual FIFA grant was being used for.

“Where are these developmental programmes? FIFA has nothing to show for it. You can’t fool the public continuously and the court ruling will bring this to light,” affirmed the North East Stars CEO. Sancho admitted that FIFA intervention was inevitable and it may be the only way to institute change and restructure local football with strategies to regain a top status in the region.

“We do not want any funds nor reprisal for ourselves, nor from the Government. There is a bigger entity to be tackled here. Where did the money the TTFF possess for football and its development go? It’s millions of taxpayers dollars and no one is accounting for it?

Lennox Watson says they have no funds yet they still are trying to operate,” remonstrated Sancho. “Everyone needs to join and discover where these funds went because that’s what will be used to further our younger players in the game and foster a future for TT football,” he elaborated.

In closing he divulged, “Watson is just waiting for nothing. The TTFF is fading and broken.”

Sancho said that while last week was depressing and sad, it was the step needed for transparency and accountability.