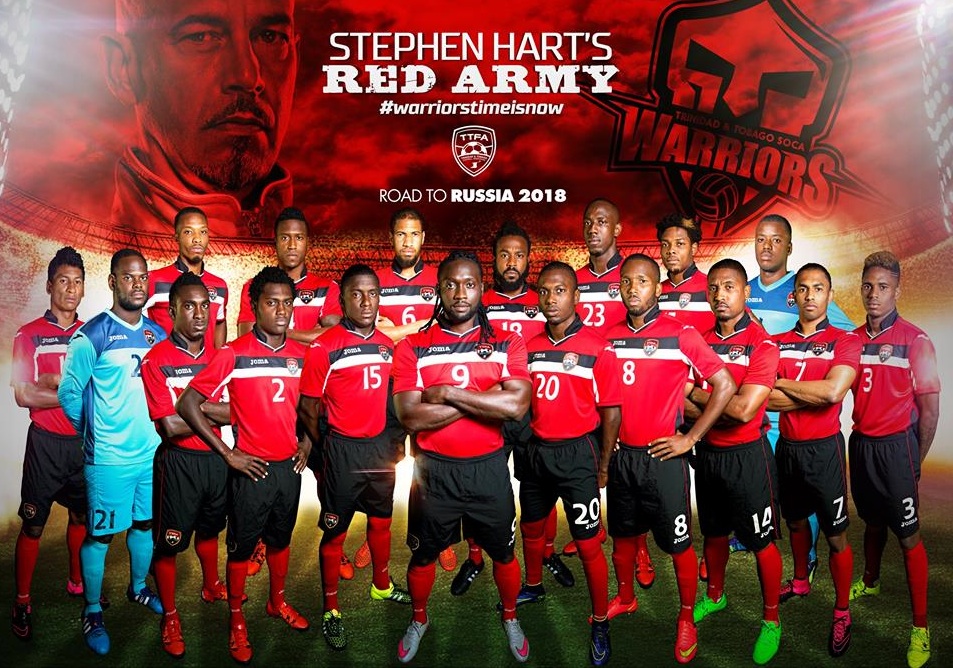 The Trinidad and Tobago football team will be in action tomorrow against the Dominican Republic in a Caribbean Cup qualifier but another battle off the field of play continues regarding if the team will still be called Soca Warriors or Red Army.

The Trinidad and Tobago Football Association (TTFA) was recently served a pre-action protocol letter by veteran sports broadcaster Selwyn Melville over the use of the subject trademark Soca Warriors which was allegedly coined by Melville 18 years ago.

The TTFA has denied officially switching the team’s nickname from Soca Warriors to Red Army, stating that the Red Army term was only used recently for “editorial content”.

In a few media releases, the TTFA has used the term Red Army in reference to the national team, while there was a Red Army section at the Hasely Crawford Stadium in Mucurapo during the September 2 FIFA World Cup qualifier between TT and Guatemala.

But TTFA president David John-Williams, during a telephone interview yesterday, emphatically denied that the TTFA Executive has given a directive to switch the name.

“I am not aware of that,” he declared.

He went on to state, “we have given no (instruction) to use the words Red Army in any of our press releases. The Board has not given that directive. If somebody chooses to use that name, it’s okay. But the Board has given no (directive) to use the name Red Army.” Admitting that “we’re not using the words Soca Warriors right now either”, John-Williams was asked what name will the team be using at present.

“I don’t want to comment on that as well,” said John-Williams.

“But the Board gave no instructions to use the words Red Army.

I, as president, have not given any instruction to use Red Army neither any instruction came from the Board with regards using the words Red Army.” A source recently revealed that the TTFA was contemplating switching the name from Soca Warriors to Red Army in light of the legal issue involving themselves and Melville who has requested US$30 million for the rights to its name.

According to the pre-action protocol letter, “we (the attorneys) became aware that the TTFA, in bad faith, had engaged foreign agents to apply for and prosecute the subject trademark Soca Warriors, both before the United States Patent and Trademark Office, and the European Intellectual Property Office.” The TTFA were given until mid-October to acknowledge receipt and respond to the pre-action protocol letter, or face legal proceedings.

Another source involved in the matter, wondered if the TTFA intends on playing hardball with Melville, with the hope that the veteran broadcaster settles on a lower price.

TTFA director of communications Shaun Fuentes explained how the term “Red Army” made its way into TTFA press releases.

“The team doesn’t have any name or such,” said Fuentes yesterday.

The ‘Red Army’ is not a name that has been officially adopted by the FA. It’s just a name that comes up from time to time.” He revealed, “it’s not being used officially in terms of a campaign. It’s not to launch any merchandise or any official campaign, calling the team ‘Red Army’. It’s just being used in editorial content.” Fuentes admitted, “we started this in a campaign last year when the team did a photoshoot and they started calling the team Stephen Hart’s Red Army.” He noted that the term was even used by some players.