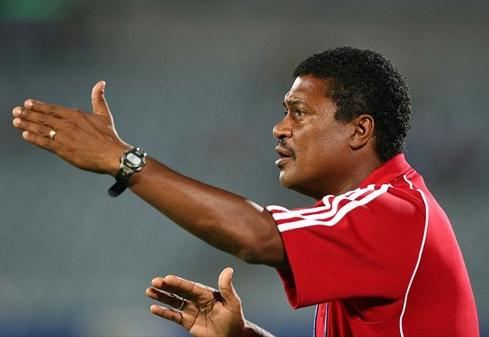 Anton Corneal, who was recently appointed as the technical director for the Trinidad and Tobago Football Association (TTFA), has outlined his plans for the game locally, in the immediate future.

In a telephone interview, Corneal, the former T&T men’s team assistant coach and national Under-17 team tactician, said, “We have to look at the whole overall system, especially all the stakeholders (including) Primary Schools (and) Secondary Schools.

“To put the plan together, we have the elite programme which is ongoing right now, giving some of the advanced (Under-13) players the opportunity to play against each other,” Corneal continued. “We hope that each zone would continue training with their (boys and girls) teams. So we’re really trying to build from the bottom up.”

Among the coaches involved in the programme are Stuart Charles-Fevrier and Marlon Charles, who will oversee the respective boys and girls categories, as well as Clyde Leon and Ahkeela Mollon.

Corneal said, “This is something we hope can be sustainable (and) not just done for six months or a year. But I have to say the administration is supporting these programmes. A lot is being done behind the scenes, when it comes to the construction of new fields and possibly a home where we can keep weekend (and) regular camps for all the national teams at one venue. This is being spearheaded by the president David John-Williams.

“This is something we’ve asked for (a number of) years, to be able to have a place where all the national teams can come in and camp. There we’ll have a control over their diet, their rest, especially in preparation for tournaments.”

The TTFA’s Home For Football will be at Balmain, Couva, next to the Ato Boldon Stadium.

“Right now they’re building some additional fields and a 72-room hotel at the Stadium that would be able to house these teams,” said Corneal.

A major complaint about local football is the lack of one playing style, from the youth teams to the senior ranks.

He continued, “It will be discussed among the coaches and we’ll take it from there. What is best for us may be a combination of what is best for our region (and) what has brought results.

“We have to look at the past to see what brought results for us,” ended Corneal.