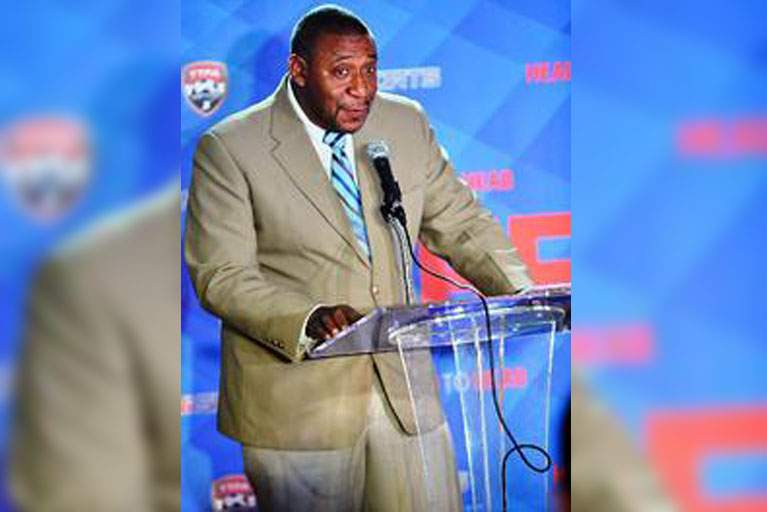 In the David John-Williams’ 2015 election manifesto, entitled “Imperatives for Change,” he promised that, once elected, he would be “committed to immediately appointing the necessary sub committees, as required under the constitution.”

Further, John-Williams, the candidate, noted that “the proper and efficient function (sic) of these committees are (sic) important to regaining stakeholders’ and corporate confidence in the TTFA.”

In a reconvened AGM on Saturday morning, 24 months after John-Williams was elected Trinidad and Tobago Football Association (TTFA) president, the local football body finally appointed members for its judicial committees.

The committees are constituted as follows:

Former Central Football Association (CFA) representative to the TTFA Board of Directors and attorney Samuel Saunders was also proposed by the board for a role on the Appeals Committee. However, the membership rejected Saunders owing to concerns about his behaviour during his ultimately unsuccessful challenge to the CFA.

Notably, though, the TTFA Board admitted that, despite John-Williams’ tenure as president being half-completed, the local football body—which is over $15 million in debt—has still not appointed a Finance Committee.

According to multiple sources at the AGM, a lack of financial transparency remains the biggest concern about John-Williams’ tenure so far.

Remarkably, not only was the TTFA president absent from yesterday’s AGM; but he also did not forewarn members about his absence.

According to one member, who spoke on condition of anonymity, neither John-Williams nor any of his three vice-presidents—Ewing Davis, Joanne Salazar and Allan Warner—was present for the scheduled 8am start of the AGM at the Ato Boldon Stadium in Couva.

General secretary Justin Latapy-George was not present either while only one of the TTFA’s 11 board members, Wayne Cunningham, was in attendance. So, the TTFA’s members called the meeting to order themselves with Trinidad and Tobago Football Referees Association (TTFRA) vice-president Osmond Downer taking charge.

It was not until roughly 8.33am that Davis showed up with news that John-Williams was allegedly unwell and could not attend.

With no John-Williams or auditor present, it meant that the AGM could not address the Board’s financial statement while the TTFA president did not forward his address or activity report to be presented by Davis.

Still, several members expressed surprise at the apparent ignorance of the TTFA Board members as regards how local football money was being spent.

By mid-morning, there were five board members present: Davis, Cunningham, Sherwyn Dyer (Eastern Counties Football Union), Richard Quan Chan (Southern FA) and Sharon O’Brien (Women’s League Football). But none could confirm whether the local football body had given $945,000 to Pro League clubs in October and November and why this was approved while the Trinidad and Tobago Super League (TTSL) clubs, regional bodies, beach soccer and Futsal remained empty-handed.

“What came across clearly was either [financial] decisions are being taken that the Board knows nothing about,” TTSL president Keith Look Loy told Wired868, “or the board members know about it and are not prepared to talk.

“Only once, Wayne [Cunningham] departed from that and gave some responses on the issue of compliance for members. Other than that, it came across that the Board didn’t know what was going on.

“[…] In October and November, eight Pro League clubs got a total of $135,000 each from the TTFA. This was verified to me by one Pro League club. But when I raised it, Davis said he would have to check that.

“I said the Pro League clubs said they received [that subvention from the TTFA], so either you’re pretending you don’t know or the money was disbursed by someone else and you don’t know about it.”

Latapy-George, who is reported to have said that his late arrival was due to his preparation of refreshments for the AGM, allegedly told the gathering that he was aware that John-Williams wrote FIFA to request funding for the Pro League and the TTSL. But it was the last he had heard about the matter.

“The board members seemed not to be au courant with quite a few things that were going on with the exception of Cunningham, who was able to answer one or two questions,” stated one source, on condition of anonymity. “Even [Davis] seemed not to be too sure, especially about things concerning the finances.”

Wired868 tried unsuccessfully to reach Latapy-George for comment and also posed the following question to John-Williams: “How much money was given to Pro League clubs by/via the TTFA last season? Was that payment(s) approved by the TTFA Board? Were similar payments made to the TTSL?”

Up to the time of publication, Wired868 had received no response from John-Williams, who is president of Pro League club W Connection.

Before his election, the current TTFA boss had promised to recuse himself from all business involving Connection—which is now run by his daughter, Renee John-Williams—while national football president. However, Wired868 last year revealed that he has continued to involve himself in Connection’s affairs.

In July 2016, John-Williams admitted to using TTFA funds without Board approval to host a meeting of Caribbean officials, just before he announced his ultimately unsuccessful bid to become Caribbean Football Union (CFU) president.

John-Williams’ admission came almost two months after the Caribbean meeting and only after Wired868 revealed his improper use of TTFA funds in an exclusive report. He was never censored for that violation of the TTFA Constitution.

Despite the lack of answers on finances, Saturday’s AGM, which was attended by roughly a dozen persons, did make several pronouncements.

Look Loy’s appointment to the TTFA board was ratified along with that of Sam Phillip, who replaces Dexter Skeene as the Pro League’s representative.

Remarkably, though, the CFA again lost its representation on the Board after representative James Toussaint quit, citing medical issues. The timing of Toussaint’s resignation means that the Association will be left unrepresented until late 2018.

“[Toussaint’s resignation] blindsided us,” said CFA general secretary Clynt Taylor. “We had been unable to get in touch with him for some time and the [CFA] board has not decided on his replacement yet because, when this gentleman gave us his resignation letter, we did not have the time frame necessary to submit someone to be considered.”

On Saturday, the board members present were pressed to deliver more transparency in the future, particularly on financial matters.

“A motion was put forward that the board takes all measures to ensure that the TTFA benefits from TV rights in the future,” stated a source, “and that the membership be fully informed of any matters concerning TV rights. We felt [the current process] was not transparent enough and people want to be fully informed.”

Davis also agreed, as meeting chair, to make minutes for board members available for all members to view at the TTFA’s office while one copy will be sent to bodies, such as the Secondary Schools Football League (SSFL), which have no representation on the Board.

Look Loy, who has criticised John-Williams’ stewardship as president, declared that, now that he is officially a board member, he will continue to push for transparency.

“I know FIFA gives money [to its member associations] for the internal development of football,” said Look Loy. “So I proposed a motion that the TTFA Board must look at the equitable distribution of this money so [it will be] filtered down to bodies that run football as it is intended to.

“The board has not been stringent enough in demanding transparency and information from the Executive of TTFA, meaning the elected officers. I see it as my responsibility to try and change that.”

In a recent interview with Wired868, Look Loy said he did not intend to run for the TTFA presidency. However, the current financial problems afflicting the Pro League potentially give him a chance to extend his influence.

The TTSL, which has eight votes, just two shy of the Pro League’s ten, is the second-largest voting bloc in the TTFA, And, with Pro League clubs concerned about the future of their league, Look Loy offered to make room for them in the Super League.

Look Loy said it would be up to the TTSL membership to decide how to make room for any interested Pro League teams.

“We will have to work out a political formula with the general membership of the Super League,” said Look Loy. “I cannot tell you what that will look like—if it is to expand the top tier or to maybe take the top five [Pro League clubs].

“The clubs from the Pro League cannot go back to zonal football or just fold up. We will be bringing some more structured and better resourced clubs in [to the TTSL] and that can only be to the benefit of the [TTSL] as a whole.”

Any such restructuring also means that the TTSL would automatically become Trinidad and Tobago’s top tier domestic competition. Look Loy called that “a nice benefit.”

“It also means Super League clubs will have the possibility of qualifying to play Caribbean [club] football,” said the TTSL president.

But what about the 10 votes currently held by the Pro League? Would those be written out of the constitution? Or should the TTSL be given 18 votes—which would mean a voting bloc equivalent to 36 percent of the TTFA’s electorate?

“That is politics at the level of the general membership [because] that requires constitutional change,” said Look Loy. “How much weight would this new body have? That is horse trading and the TTFA’s general membership would have to work that out.”