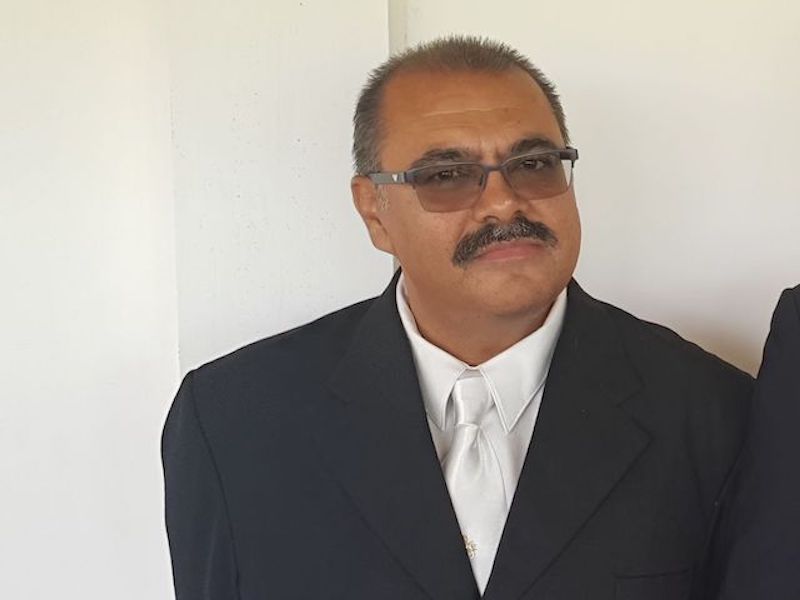 OWNER of local football club Terminix La Horquetta Rangers and the brainchild behind the recently-concluded Ascension Invitational Football Tournament, Richard Ferguson, intends to conduct the sport as a business if elected as president of the T&T Football Association (TTFA).

The local governing body will be staging its elections on November 24, with Ferguson and Secondary Schools Football League (SSFL) president William Wallace announcing their desire to unseat the incumbent David John-Williams.

During an interview yesterday, Ferguson dispelled the notion that his lack of experience in football administration will be a major issue.

“I definitely don’t have a lack of experience,” said Ferguson. “Football administration is a big business and that is the problem that we’re having. We’re not treating football like a business, hence the problem with the finances (and) the national teams. We’re treating it like a game.

“Football internationally is a business and that is how we have to approach it,” continued Ferguson. “That is what I have (done). I have 35 years of business experience to bring to the table.”

About the feedback he has gotten since declaring his interest, last Tuesday, to contest the elections, Ferguson said, “I’m definitely not nervous. I just want to get it over with and done, and let’s move on from here. So far, we’re actually doing better than I thought. I think we’re in a good place.”

Asked to elaborate, Ferguson replied, “In terms of support from the clubs, the zones, the various people in football. We have a bit of momentum and that momentum is improving as we go on.”

Ferguson is eager to make a change to the current climate of the TTFA, with John-Williams on the receiving end of constant criticisms from his fellow board members, including the outspoken Look Loy.

“Football is a bit polarised right now,” said Ferguson. “You have John-Williams on one side and Look Loy on the next side. People have seen what we have done this year (with the Ascension league) and they have encouraged me strenuously, against my better judgement, that I should try to make a positive impact on national football.

“This, to be honest, is not my thing,” he added. “It is not a strong desire on my part. But I should try to make a contribution.”

He continued, “The constitution of the TTFA dictates that the decision-makers are the board, which comprises 15 different people. They are to make the decisions, not the president nor the general secretary.

“I am a corporate secretary and I have to quote company laws to bring people back into line. It requires good governance. This is very important in attracting sponsors and the Government because they wouldn’t like to know you’re not following the constitution of the TTFA.”

There was hardly a hint that Ferguson would have thrown his hat in the ring before last Tuesday’s deadline day for nominees.

He pointed out, “After we did the Ascension league (which) was such a great success, it allowed $650,000 in prize money to be disbursed to clubs, clubs didn’t have to pay a registration fee, their players were insured, they were shown on television. It was such a success that the members wanted a second round and they said ‘we need to take this thing more national’. That is the push, to take it more national.”

But who really pushed him? Ferguson replied, “Everybody. The amount of people who called me and my players, they said ‘Fergie, let’s try and do something’.”

He said his intention is to support whoever wins the TTFA elections as well as to offer an olive branch to his rivals if he takes up the mantle on November 26.