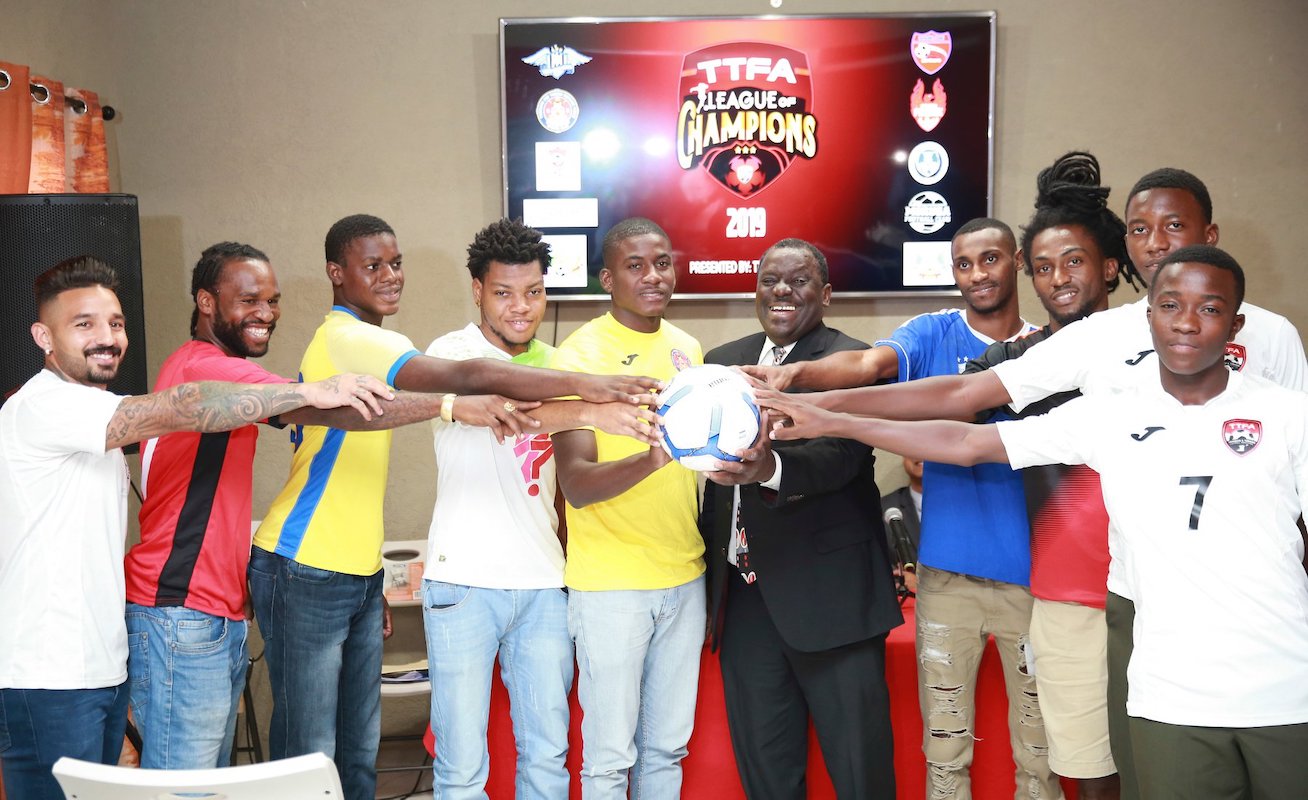 THE TT Football Association (TTFA) League of Champions tournament was launched yesterday, at the Home of Football, Balmain, Couva.

The inaugural event, which kicks off on Sunday and runs until April 12, will feature a number of teams who either opted out of the 2019 Terminix Super League or were deemed non-compliant, as well as a National XI (T&T Under-17 team).

According to TTFA director of competitions, Sharon O’Brien, each participating club will receive $51,200,which will be split into three parts: $25,600 (which was presented yesterday to the participants); $12,800 (during the midway point of the season); and the remaining sum (minus any fees incurred) at the end of the tournament.

Among the dignitaries were TTFA officials Anthony Moore (who also serves as president of the Tobago Football Association) and Collin Partap.

Click here for details on the TTFA League of Champions