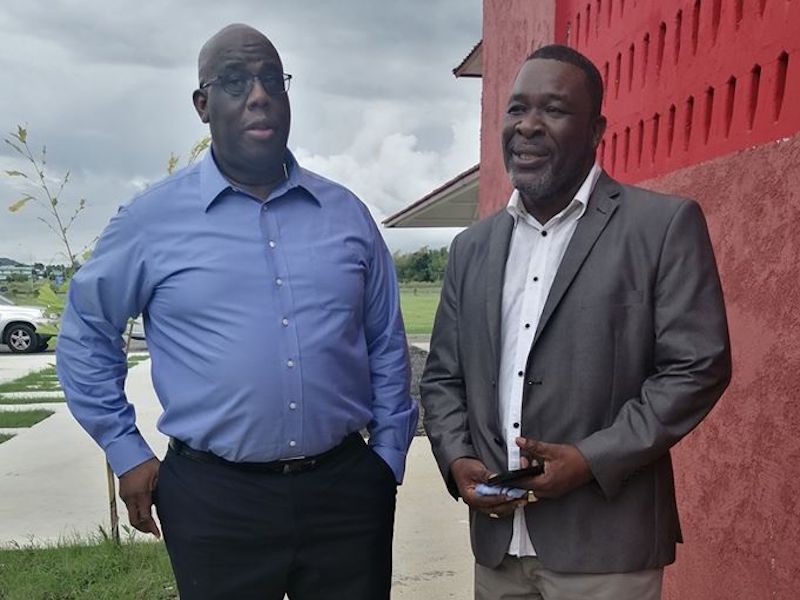 CONCACAF Senior Manager manager of ONE CONCACAF and Caribbean projects Howard McIntosh has extended a congratulatory message to newly elected Trinidad and Tobago Football Association President William Wallace and has pledged to support him and his new executive.

McIntosh who has already had previous interaction with Wallace while he served as Senior Men’s Team Manager during the most recent successful period of the Men’s Team from 2013-2016 during which the team advanced to the CONCACAF Gold Cup quarter finals in 2013 and 2015 while also making it to the Final of two Caribbean Cups.

“I would like to express congratulations on behalf of CONCACAF to incoming President William Wallace and the new late of Vice Presidents and pledge Concacaf’s continued support to football in Trinidad and Tobago and the TTFA,” McIntosh told TTFA Media.

“I have known William since his days as the manager of the Trinidad and Tobago Men’s Team that made it to two Gold Cup quarter finals and I know where his heart lies. The road ahead will have its challenges but also opportunities. We look forward to meeting with the President and his team to discuss their plans,” stated McIntosh who was one of CONCACAF’s representatives in Trinidad to witness Sunday’s AGM and Elections at the Home of Football.

Wallace meantime, stressed that the Elections are over and the focus is now running the country’s football.

Addressing the TTFA Members in his acceptance speech on Sunday, he said, “Let me start by thanking Almighty God for the fulfillment of his Divine plan. Let me also ask Almighty God to help me and my team as we go forward to contribute selflessly to this organization called the TTFA, to put public welfare before private interest, to help us to do good without the expectations of reward, to replace hatred and malice with love. To show us the art of leadership to show us the art of selfless service as we embark on this onerous task of rebuilding Trinidad and Tobago football. Amen

Let me thank the delegates who made this possible by casting their ballots to support the UNITED TTFA, and also those in the wider community who supported and encouraged us since we started this crusade to change the status quo and redirect our football. It is with humility that we thank you and promise that as we embark on this journey that we would be guided by you since we are cognizant that we are working on your behalf. The task at hand demands all hands on deck, and towards that end the door would always be open to you.

“As we peel off the layers going forward all our stakeholders would be made aware of our findings both the good and the bad. We would make mistakes along the way and we will take ownership, we would fall get up and dust ourselves off and continue the task, with the knowledge that the fall is not as important as the lessons learnt from it. For those among us who may not be happy with the results of the election and those who supported other candidates we respect your choice, but the election is over and your love for the game and the rise of Trinidad and Tobago Football should be your only focus now, and it is incumbent on you to willingly contribute to the rebuilding process. Like everyone else we will embrace you.

“To members of my team, my three Vice Presidents, Anthony Harford, the indefatigable Keith Look Loy, Raymond Tim Kee and others thank you for you support and the confidence you placed in me to lead you. Let the team work that brought us together continue to be the guiding principle as we move forward.

To the former President David John WILLIAMS, we thank you for the contribution you and your team have made over the last 4 years and as you leave office on behalf of my team and I, we wish you the best and God’s blessings.”