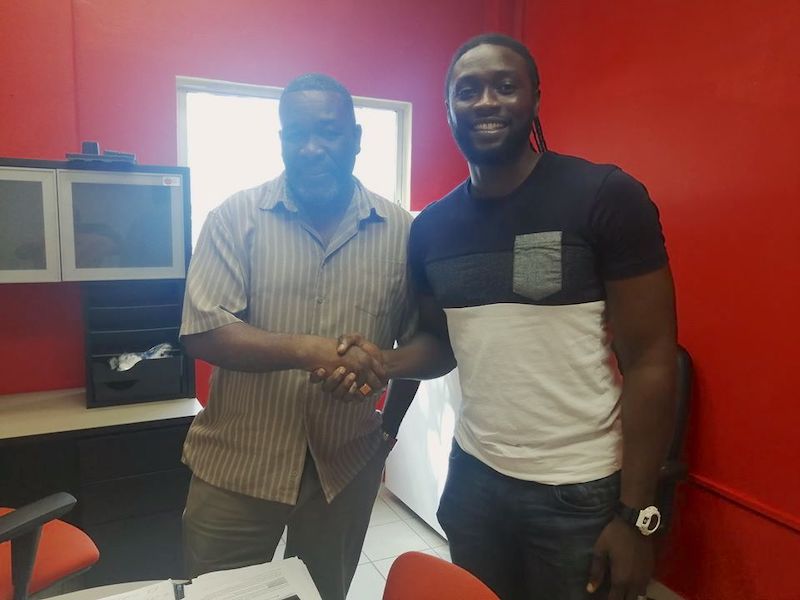 Jones, now retired from playing after 82 international appearances in which he scored 23 goals for T&T, made a brief stop at the TTFA head office on Thursday to see Wallace.

“Of course there is hope because what you are going to get from him is integrity, honesty in his words and actions. So for him I can speak or put my trust in that he would be who I know him to be. Of course he is in a situation where he will have other people to answer to, other people’s ideas to take on board, those who supported him, what ever the case is and they will have to come up with the best plan for Trinidad and Tobago and Trinidad and Tobago football,” Jones told TTFA Media on Thursday.

“But I do believe he is a person, from actually having that experience with him and not being a person reading the news or having that over the fence look of what’s going on in the yard, I know he is going to be himself and put forward those qualities that I know him to have. That in itself for me personally will bring a lot of hope.

“As a man of experience administratively, he has his know how and of course there are things he is going to learn because he is now in a higher position that is going to involve him a little bit deeper in administration in CONCACAF, CFU, FIFA and he is going to have stuff that he will learn along the way. But at the same time I believe he will bring a sort of calming, cohesive, functional administrative framework to the federation and I am happy for that because it is something we have needed for quite a long time,” said the former Sunderland and Stoke City forward.

Jones touched on his experience playing under Wallace as a team manager when he served the team which went on to qualify for two consecutive CONCACAF Gold Cup quarter finals in 2013 and 2015 as well as finish runners up in two Caribbean Cups.

“I think it was fantastic between the technical staff and the other staff and players, we had such a great understanding, bond, moving forward,” Jones said.

“We were all in the same boat having the same frustrations, things not happening for us and what we had in that time in William Wallace as a manager… he fought for everything. Of course he would have a complaint or players or technical staff would have a complaint concerning different things, and he would listen and he would definitely put his best foot forward in trying to achieve if not the exact thing, but as close as possible to it.

“What I thought of him is he was honest in his actions, in his efforts and delivery. He would not sell you dreams because we were all familiar with the situations that we would encounter in future days and dealing with presently. Whatever we proposed to do or get he would go in and try his hardest to deliver. In the end he was not just delivering for one or two, he was delivering for everyone. I believe him to be in my experience, a man of integrity and a man of his word. Having him as a manager was one of the smoothest periods amidst the “bocas” we had as a team. I know that experience will stand him well in the future,” Jones added.

Jones, now re­tired af­ter 82 in­ter­na­tion­al ap­pear­ances in which he scored 23 goals for the So­ca War­riors, made a brief stop at the TTFA head of­fice on Thurs­day to see Wal­lace, a TTFA re­lease said yes­ter­day.

“There is hope be­cause what you are go­ing to get from him are in­tegri­ty, hon­esty and ac­tion. So for him, I can speak or put my trust in him that he would be who I know him to be. He is in a sit­u­a­tion where he will have oth­er peo­ple to an­swer to, oth­er peo­ple’s ideas to take on board, those who sup­port­ed him, what­ev­er the case is, and they will have to come up with the best plan for T&T foot­ball,” Jones re­port­ed­ly told those who were at the TTFA of­fice of what he ex­pect­ed from Wal­lace in fu­ture.

“But at the same time, I be­lieve he will bring a sort of calm­ing, co­he­sive, func­tion­al ad­min­is­tra­tive frame­work to the fed­er­a­tion and I am hap­py for that be­cause it is some­thing we have need­ed for quite a long time.”

The for­mer Sun­der­land and Stoke City for­ward touched on his ex­pe­ri­ence play­ing un­der Wal­lace as a team man­ag­er, when he served the team that went on to qual­i­fy for two con­sec­u­tive CON­CA­CAF Gold Cup quar­ter­fi­nals in 2013 and 2015 and fin­ished as run­ner up in two Caribbean Cups.

“I think it was fan­tas­tic be­tween the tech­ni­cal staff and play­ers, as they had a great un­der­stand­ing and bond mov­ing for­ward,” Jones said.

“We were all in the same boat, hav­ing the same frus­tra­tions, things not hap­pen­ing for us. What we had in that time in William Wal­lace as a man­ag­er, was that he fought for every­thing. Of course, he would have a com­plaint, or play­ers, or tech­ni­cal staff would have a com­plaint con­cern­ing dif­fer­ent things, but he would lis­ten and def­i­nite­ly put his best foot for­ward in try­ing to achieve, if not the ex­act thing, as close as pos­si­ble to it.”