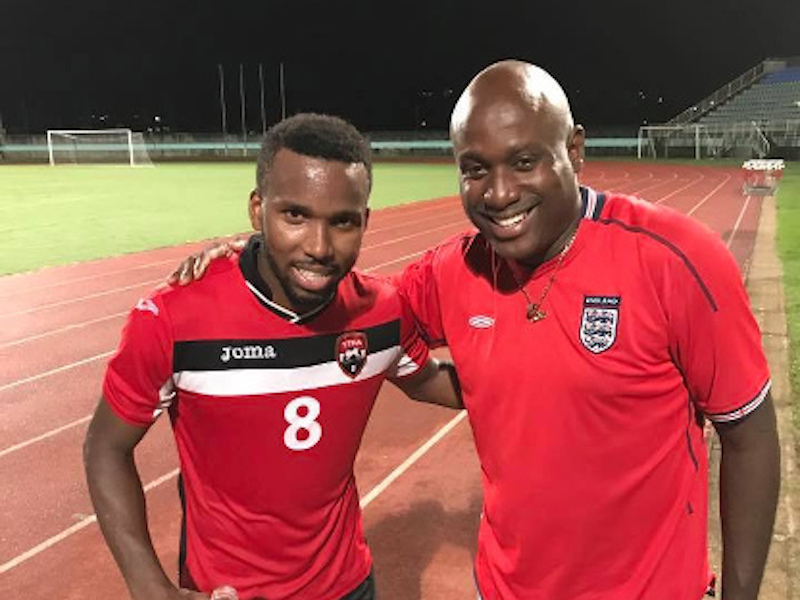 Recently appointed Trinidad and Tobago Football Association technical director Dion La Foucade believes there must be a common language throughout all the National teams.

La Foucade attended last Friday’s Meeting of all National Teams technical staffs where outlines were presented and discussed relating to the structure of the various programmes and operations of national teams.

“It’s very important that we must know what the senior national coach wants and he alluded very much today (Friday) on how he wants the game to play so when we are training the younger players we have to know what type of players for instance a centre-back, what type of attributes he wants a centre-back to have, what attributes he wants the goalkeeper to have, the midfielder and forwards and so on,” La Foucade told TTFA Media.

“In other words, an under 15 player going into an under 17 team should not go there and say ‘I’ve never heard this before or this is totally new.’

The former National Under 17 head coach says among his immediate objectives is to have a forensic look at what needs to be addressed at the lower levels from grassroots to national youth teams and related programmes.

“I want to take a forensic look at what has been happening with all the coaching schools the youth teams. Things are taken cared of at the senior team level coming down and I want to see if I can take care of what’s happening at the bottom, what’s happening at the Primary schools football, the secondary schools football, the coaching schools. I want to have a real look at what are our needs, what are we doing well and what do we need to improve,” he said

“One of the objectives I’ve set my self is trying to get the coaches association going again. I would love to do coach education and share my experiences with coaches. I would also love to see our national teams working towards a common goal, that there’s transparency, camaraderie between the coaches and I love the idea of what we have now where the head coach of one team is also the assistant coach of another team and it goes all the way up so there’s some continuity throughout the system, and this is towards the senior team.”

La Foucade is eager to get the ball rolling.

“It is an honour and a privilege to come back and serve in one’s country. Not often you get a chance to serve in this capacity. I applied and I said, ‘you know what I’ve been reading about what’s happening in Trinidad football and I said i can make a contribution. I had things going well for me back in the US but I wanted to come back and give because to see our football get so low was very disappointing for me.”