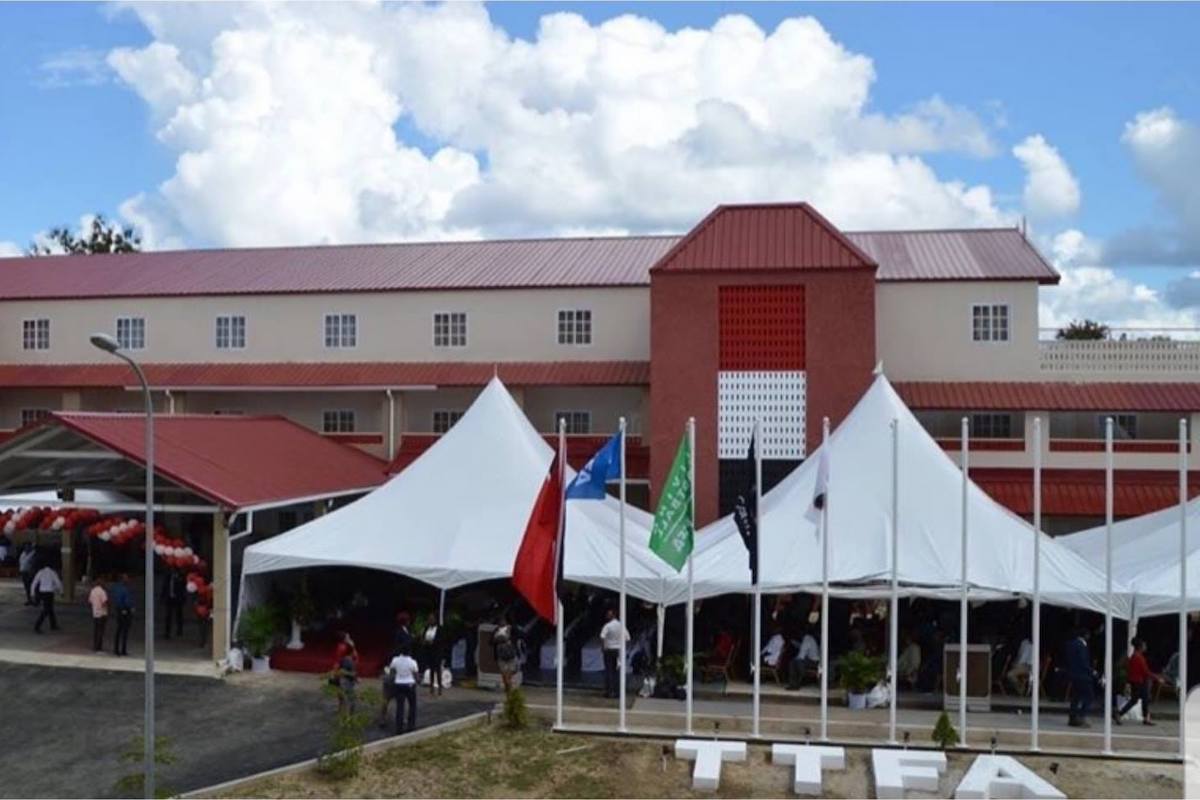 THE Prime Minister confirmed that the Home of Football in Couva will be used to battle the covid19 virus, saying that the sporting facility is “as good as any accommodation that you could get in T&T.”

Dr Rowley confirmed this at a post-Cabinet media briefing, on Thursday. The news follows a tour to the Home of Football by Ministry of Health officials and Ministry of National Security officials, on Wednesday.

“That building you know came into being as a public-private arrangement between the Government and FIFA,” Rowley said.

Rowley said the facility is a quality one. “It has been evaluated and found to be excellent and my advice is that it can accommodate up to about 72 persons of a category that will be designated by the Chief Medical Officer (Dr Roshan Parasram) and the Minister (of Health Dr Terrence Deyalsingh). This is as good as any accommodation that you could get anywhere in T&T, so if that kind of accommodation is not found to be suitable then you know that we have exhausted the limit to which we can go as a country.” Within a week the Home of Football should be used as a step-down facility.

Rowley said the private sector, at no cost, will also assist in making the stay for patients more comfortable. “I am happy that people are chipping in in this way.”

The Home of Football was only opened in November 2019 under then T&T Football Association president David John-Williams. The facility was later closed because it lacked proper fire safety measures and liability insurance.

Chairman of the Normalisation Committee Robert Hadad, who is now in charge of running T&T football, said all measures are being put in place.

“Everything rectified. We are following the advice of Fire Services and we are solving all the problems. The liability insurance is in place also.” Hadad was glad that the facility will be used to battle the virus.

The Home of Football is the second sporting facility in days to be announced as a facility to help battle covid19.

Last Saturday, it was revealed that the National Racquet Centre in Tacarigua, which is under the purview of the Sports Company of T&T (SporTT), will be used as a step-down facility that will be equipped with 50 beds.

In an interview with Newsday, chairman of SporTT Douglas Camacho said it is their duty to support the covid19 battle. “We are actually very supportive of anything that the country is doing to help fight this pandemic.”

Newsday, however, received complaints from a resident in Tacarigua about the National Racquet Centre being used.

The resident, who wished to remain anonymous, said, “The residents of 4th Street Extension, Dinsley, Tacarigua are very concerned as many of us live directly behind the Racquet Centre only separated by a wire fence and some trees. “We as residents would like to know what the criteria was in choosing this centre when there are many unoccupied similar buildings in more isolated locations around the country.”