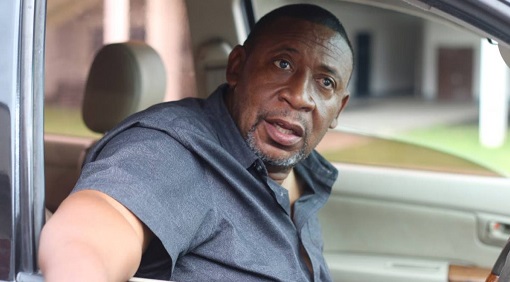 United TTFA said after Wallace was appointed TTFA president in November 2019, an evaluation of TTFA’s assets was conducted by the new executive. Their findings allegedly unearthed gross financial mismanagement by the previous administration.

United TTFA believe their removal from office and installation of a normalisation committee by FIFA, four months later, was strategic.

They said, “The necessary assessment of TTFA finances in the immediate aftermath of our election victory brought facts to light that some wished to remain under cover of darkness. The revelation of these facts...provoked an oppressive reaction by FIFA – the imposition of a so-called normalisation committee.”

United TTFA also said prior to the November 2019 TTFA general election, they and TTFA board members outlined a list of questionable practices conducted by John-Williams’ camp, particularly surrounding the Home of Football project.

They claim to have highlighted these issues to FIFA’s head official for Africa and the Caribbean and project supervisor, Veron Mosengo-Omba, during his visits to the facility but were not satisfied with his response.

United TTFA added, “FIFA was either guilty of gross ignorance of its own regulations and, therefore, gross mismanagement, or it was guilty of gross negligence and complicity in the actions of John-Williams.

“United TTFA concluded from the onset that FIFA imposed its normalisation committee to prevent the forensic investigation that had been ordered by the TTFA board, and to cover up all of John-Williams’ financial challenges.”

They believe the normalisation committee is an extension of FIFA attempting to "shield John-Williams."

They claimed John-Williams is an adviser to normalisation committee chairman Robert Hadad.

United TTFA continues to deem the normalisation committee an “illegal” entity, the basis of their court case against FIFA, which gets under way in the TT High Court on Monday.

The group of football administrators affirmed their stance to “not bow to FIFA” and declared the efforts to remove Wallace’s team, a “victim of John-Williams’ actions.”

United TTFA called for Hadad’s resignation, the removal of the normalisation committee and mandatory recognition of TTFA’s elected officers.

Additionally, they have requested that FIFA “begin talks with the said officers to devise a joint approach to existing issues."

Wallace’s team called on the Prime Minister and Minister of Sport to “approach FIFA in support of TTFA in this initiative."

They also called on regional associations to unite in support of their cause.