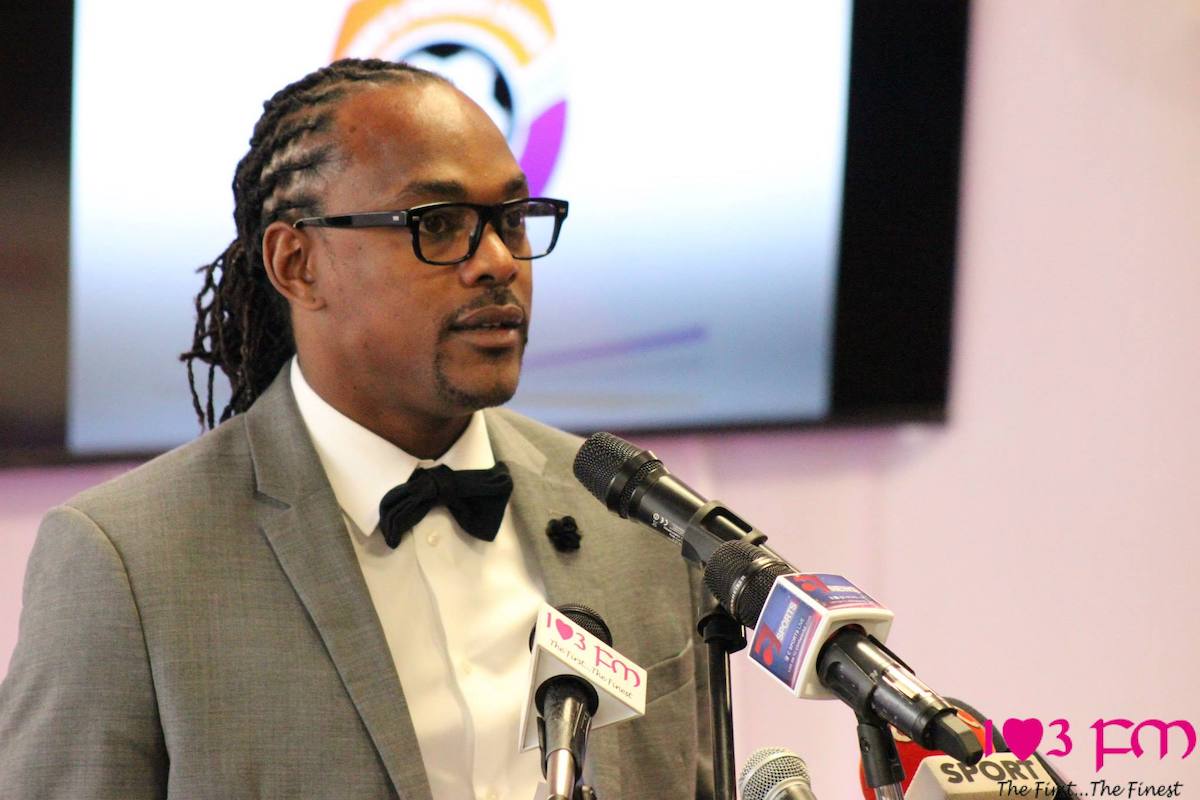 ACTING chairman of the T&T Pro League and T&T Football Association (TTFA) board member Brent Sancho has slammed as “disrespectful” and “a slap to the face” the decision by ousted TTFA president William Wallace to call a virtual membership meeting on the eve of FIFA's deadline. The meeting will be held at 7pm tonight.

The unsigned invitation letter was issued by Wallace to the TTFA member delegates on Monday and "TTFA vs FIFA case" was listed as the agenda.

FIFA said the decision was owing to TTFA’s mounting debt and "very real risk of insolvency and illiquidity."

Wallace's executive has called FIFA's rationale as unfair, claiming they were not given a chance to implement their plan after just four months in charge. Their fight against their removal has become a legal one.

But FIFA, on August 26, gave the United TTFA a deadline of September 16 to withdraw their case from the High Court and have it heard instead at the Court of Arbitration for Sport (CAS), or face suspension proceedings. FIFA insists CAS is the sole authority to hear disputes between FIFA and its Member Associations.

At last Friday's FIFA Congress, TTFA's battle with FIFA was not discussed but FIFA later extended the deadline to the United TTFA team to Wednesday. FIFA reiterated that TTFA faces suspension if the case is not dropped from the local court.

Wallace’s letter to TTFA delegates on Tuesday read, “The meeting would be hosted by the president and elected officers of the TTFA. Members are asked to join the meeting with their video and volume on.

“Only members on the list of delegates would be allowed into the meeting and we ask all to be respectful to the chair and the meeting as we discuss the business of the association.”

Wallace's convening of a meeting to discuss the TTFA-FIFA legal battle has raised eyebrows as the United TTFA vehemently opposed a similar meeting scheduled for September 15.

On September 14, Justice Carol Gobin, in the Port of Spain High Court, granted an injunction to the United TTFA to stop last Tuesday’s proposed Emergency General Meeting (EGM), which was called by the normalisation committee to discuss United TTFA’s legal battle against FIFA.

Look Loy sought to clarify why tonight's meeting is different from last Tuesday's.

“That was a court injunction on the normalisation committee, on Hadad,” Look Loy said. “The court also ordered Hadad not to use the (TTFA) letterhead. The court is saying they don’t have the authority to call a meeting.”

He continued, “Wallace is the president, he could call a meeting. This is not an official meeting under the constitution because the minimum (time frame to call it) is ten days. It is an informal meeting to discuss matters with the membership.”

Sancho, who has been a vocal critic against the United TTFA’s challenge to FIFA, countered, “We’ve received no correspondence of a meeting. Most of the members read it through an online publication but (nothing) was sent which, again, was a slap in the face to the membership.”

The former TT defender and owner of Pro League club Central FC added, “I think it’s a complete disrespect to the footballing community in Trinidad. The continued disrespect to the membership and the executive board is being shown. Here we are, approximately six months into this situation and (the United TTFA) continue to show high levels of disrespect.”

The elected executive officers of the T&T Football Association (TTFA) on Tuesday at 7 pm, has called a crucial meeting among the sport's membership to discuss the way forward in the sport in T&T. But Brent Sancho, the outspoken chairman of the T&T Pro League believes the meeting is an attempt to fool the population by garnering the support of illegitimate member delegates and not those who represent the organisations as legitimate delegates.

The TTFA, which comprises elected president William Wallace and his vice presidents - Clynt Taylor, Joseph Sam Phillip and Susan Joseph-Warrick, has until today (September 23) to drop their court battle against the FIFA or else face sanctions.

The invitations appeared to have been sent out to certain delegates, as it specifically called only for invited members on the list of delegates to tune in to the virtual session in which their video and volume on, where a decision to drop the legal battle with the FIFA is expected to be discussed.

Guardian Media Sports was reliably informed on Tuesday that delegates from some T&T Pro League clubs, which has been represented by Sancho, were not invited, while the T&T Super League and the Secondary Schools Football League (SSFL) were among the United TTFA invitees.

On September 11, Wallace and his team filed an injunction to block the membership for holding an Extraordinary General Meeting (EGM) of the association's members, which was scheduled for Tuesday 15, after High Court Judge Carol Gobin granted the injunction on September 14 which stopped the meeting from being convened.

In a statement on Tuesday, Wallace assured letters will be sent out to all delegates, saying the invitations started going out yesterday (Monday) and will be completed today (Tuesday) via an online delegate chat, or by email. "Whoever did not collect invitations as yet will receive them later today, but invitations will be sent to all. We need to hear what the members think and how they propose we move forward with the sport," Wallace explained.

Meanwhile, Osmond Downer, a vice president of the T&T Football Referees Association, which is one of the invited entities to the meeting explained to Guardian Media Sports on Tuesday that: "It is not a General Meeting. A General Meeting can only be called by the Board of Directors or 50-per cent of the membership. At present, there is no Board of Directors because that has been replaced by the Normalisation Committee and the membership did not call the meeting. The membership must also be given at least 10 days notice."

Downer, who was one of the architects of the TTFA amended constitution in 2015 said, "What has appended is the elected President Mr William Wallace has called a meeting of the Delegates of the TTFA and that meeting is only for information, discussion and or opinions. No binding decisions on anybody or anything can happen."

The TTFA was given an initial deadline of September 16th by FIFA General Secretary Fatma Samoura on August 26th, however, two days before the FIFA Congress on September 18th, which they (TTFA) failed to honour FIFA's request.

Last Friday, FIFA's Samoura issued another warning with a revised date of September 23 to drop the court case or have the matter brought to the attention of the relevant FIFA bodies to decide on the suspension of the TTFA.

Wallace in a comment after the Congress said he will consider all options moving forward, and yesterday he reiterated that view by saying he will be going into tonight's meeting with an open mind.

After the FIFA congress Wallace said he will consider all options moving forward, and yesterday he reiterated that view by saying he will be going into tonight's meeting with an open mind.

However, he told Guardian Media Sports, that consideration will be given to what's happening with the FIFA internationally.

Meanwhile, Sancho said the TTFA has reached out to members who do not have the voting power of the organisation, such as Steve David, the former national striker who was invited instead of Garthorn Craig of the Point Fortin Civic FC. He said this was also the case with WoLF, the TFA, the TTSL and the NFA, which had reportedly switched their support from the membership two weeks ago to Wallace and his team.

Guardian Media Sports reported recently a unanimous-decision and support from more than 51 per cent of the membership for an EGM to vote for Wallace and his team to forgo litigation in local courts against FIFA and move the matter to the Court of Arbitration for Sport (CAS), which like FIFA is based in Switzerland, and also recognise the March 27 FIFA-appointed Normalisation Committee which is led by businessman Robert Hadad and comprise attorney Daniel (deputy chairman) and member Nigel Romano as the administrators of the sport.

Sancho said he will wait to see how genuine the United TTFA is about finding a solution to the problems the TTFA. He said, at the end of the day, a decision has to be made.