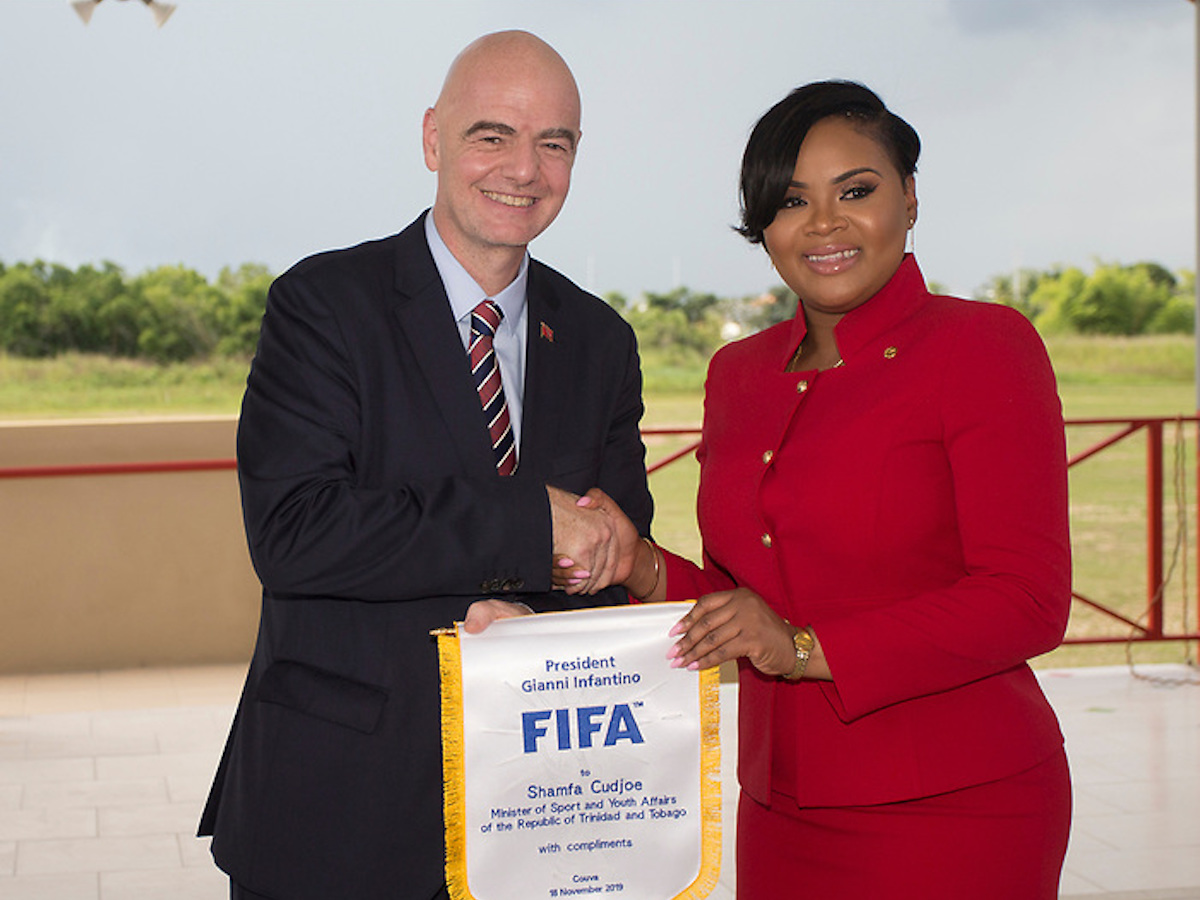 SHAMFA Cudjoe, Minister of Sport and Community Development, has described FIFA’s suspension of the TTFA (T&T Football Association) as “a sad day for football and sport” in T&T.

On Thursday, the Bureau of the FIFA Council suspended the TTFA with immediate effect due to grave violations of the FIFA Statutes.

In a statement on its website, FIFA said, “the suspension was prompted by the former leadership of the TTFA lodging a claim before (the T&T High Court) in order to contest the decision of the FIFA Council to appoint a normalisation committee for the TTFA.”

In March, TTFA president William Wallace and his executive were removed by FIFA, due to the TTFA’s mounting debt, and a normalisation committee, headed by businessman Robert Hadad, was put in place to run the affairs of T&T football.

On Thursday evening, Cudjoe said, “I am not surprised because FIFA would have already stated its position quite early. I was trying to avoid this situation. I remembered calling a meeting in August with all the football (bodies). I think FIFA has been fair and reasonable in its dealings by giving them a deadline (of September 16) and then going the extra mile of giving them an extension (of September 23).”

Turning her focus towards the United TTFA team of Wallace, his deputies Clynt Taylor, Susan Joseph-Warrick, Joseph Sam Phillip, as well as TTFA members Keith Look Loy and Anthony Harford, Cudjoe said, “If they were serious about relieving T&T from this kind of stress, they would have acted on time and in a proper manner.

“FIFA had no choice but to do what they have done,” she continued. “It’s a sad day for football and a sad day for sport development in this nation. The handful of people that’s causing us this trouble, they would not suffer as much as athletes and the young people who depend on football and sports for their advancement.

“I’m also disappointed that adults who have been charged with this management of football would have the country in this position, would hold football to ransom, would hijack the development of football in this way. They did not go to their clubs (or TTFA membership) before taking on this court matter. They went on their own selfish and unreasonable journey and today we’re in this position because of them.”

Recently, Wallace hinted that, even with FIFA sanctions, domestic and schools football will still be continued in T&T, once covid19 restrictions are lifted.

But Cudjoe countered, “What does that really mean for the young person who’s looking to advance in football, who have dreams about playing in the World Cup, who was looking forward to the CONCACAF Nations League? What community football and schools football means to those young athletes who are really being affected by this?”

The Minister said, “It goes beyond that because we were benefitting from FIFA Forward Development Programme and the various courses to help various disciplines like beach football (and) women’s football. That technical assistance is gone when you’re (suspended).

“While community football and schools football is good, that’s only a drop in the bucket when you think about the full potential of the beautiful game, of our ability to participate at regional and international levels. That brings no comfort, especially knowing that this could have been avoided and that these (individuals) had so much time to turn things around. But they did what they did for their own ego, for their own time of fame. It does not make any sense. The majority of their clubs know that it didn’t make any sense.”

Cudjoe urged other local sporting bodies to “learn from this, that when you elect people to leadership of your organisations, elect proper, right-thinking people with a conscience, with a heart to truly develop the game.”

The Minister is hopeful that there will be light at the end of the tunnel for T&T football.

“I think the tone of the (FIFA) letter allows some wiggle-room, that if (the TTFA) make the necessary changes, at it relates to properly recognising the normalisation committee, and even amending the local constitution to reflect that CAS is the final court of arbitration,” she said. “I think that would allow FIFA to reconsider lifting the suspension. I’m hoping that these clubs have their voices heard and hold their so-called leaders to account.”