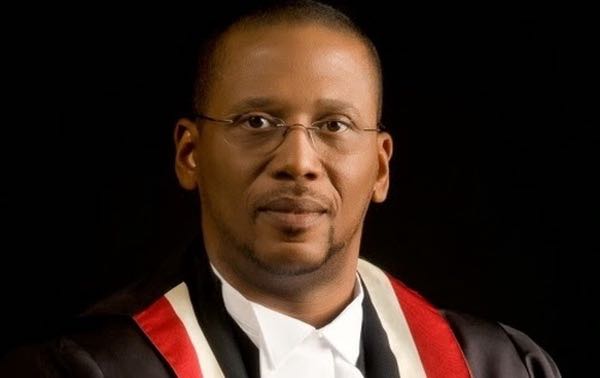 Chief Justice Ivor Archie and Justice Nolan Bereaux will be delivering their ruling by 3 p.m. today, after initially hearing the matter on October 19. Should the Appeal Court find in favour of FIFA on the issue of jurisdiction, then Justice Gobin’s ruling will be overturned.

Justice Gobin’s October 13 High Court final ruling determined that FIFA’s appointment of a normalisation committee was illegal, void and of no effect. Her ruling effectively facilitated the re-installation of president William Wallace and his executive, which FIFA replaced with its own normalisation committee on March 17, 2020.

Representing FIFA in the Appeal Court, senior counsel Christopher Hamel-Smith argued that Justice Gobin’s decision giving the local High Court jurisdiction to hear the matter was wrong. He argued that according to the TTFA’s own constitution, disputes of the nature between the TTFA and FIFA should be taken to the Lausanne, Switzerland-based Court of Arbitration for Sport (CAS).

“CAS has exclusive jurisdiction. The TTFA cannot ignore the terms of its own constitution,” Hamel-Smith said.

“This does not mean that FIFA is above the law,” he said, making reference to last Tuesday’s criticism of FIFA by Justice Gobin.

Hamel-Smith pointed out that on its own, the TTFA could ­remove that restriction from its constitution, but this would mean that the TTFA would be taking a position that it no longer wished to operate under the FIFA Constitution.

Crowne submitted that the main reason why the TTFA pulled out of arbitration proceedings at the CAS in May and filed action at the High Court was because FIFA indicated it would not be paying its half of the arbitration fees.

Crowne said FIFA “has devised a scheme” where, by way of its statute, it is calling on its membership to go to the CAS for dispute resolution when the need arises, but is, at the same time, refusing to pay its part of the arbitration fees, at least in this instance. By doing so, Crowne said the TTFA was being denied access to justice since it is currently facing financial difficulties and FIFA knows this all too well.

Crowne said he did not see an issue with the impasse being heard and resolved at the CAS if FIFA was willing to pay its part of the cost.