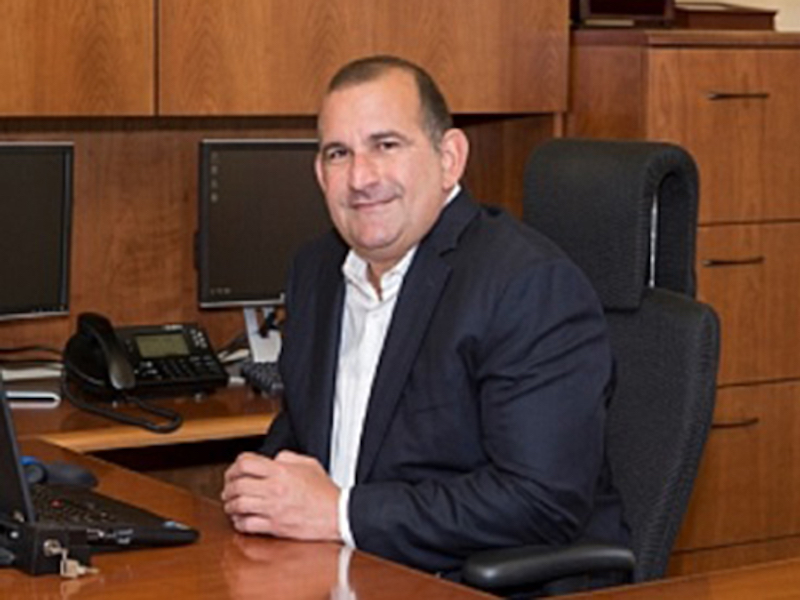 In what was described as a very cordial and mature gathering of the membership of the T&T Football Association (TTFA), the meeting voted for the reinstatement of the FIFA appointed normalisation committee to resume its control and administration of the local sports during a virtual Extraordinary General Meeting (EGM) on Sunday.

The meeting was chaired by Richard Ferguson in the absence of embattled president William Wallace and his two vice presidents - Clynt Taylor and Joseph Sam Phillip, who made good on their written promise not to attend.

However, in their absence, 38 of 47 delegates entitled to vote, appointed Ferguson, who contested the November 24 presidency of the TTFA and lost in the first round, to chair the meeting after he was nominated by Caledonia Morvant representative Jamal Shabazz and seconded by Howard Spencer of the Southern Football Association (SFA) to do so. He was unanimously given the nod.

Guardian Media Sports was informed that the meeting which got off to a late start but completed its single agenda item - Discussions re: The way forward - FIFA suspension, by noon following a motion which was moved by Osmond Downer, the T&T Football Referees (T&TFRA) representative which read: "Be it resolved that, in view of the precarious position that the TTFA now finds itself, this extraordinary general meeting of the TTFA decides that the way forward for the TTFA is for the TTFA to fully comply with its obligation as a member of FIFA, recognising the legitimacy of the FIFA appointed normalisation committee, and bringing its own statutes in line with the FIFA Statutes, and to fully cooperate with the normalisation committee in the fulfillment of its mandate as stated in FIFA's letter of March 17, 2020. Be it further resolved that all court matters existing between the TTFA and FIFA shall be immediately brought to a stop".

The motion was seconded by Keith Jefferys of Central FC with 33 delegates voting in favour of it, while three delegates, when called upon to vote, did not respond. The Tobago FA's Terry Joseph and the Santa Rosa FC representative abstained.

Meanwhile, the letter sent to president Wallace on Thursday by Kieron Edwards, the president of the Eastern Football Association (EFA) requesting that he answers 19 questions which included how he intends to pay the salaries of coaches, office staff and other contracted officials like Peter Miller, the TTFA's marketing representative and how the TTFA debt $70 million will be cleared, but issue did not come up since Wallace was not present. Neither did the vote of no-confidence in the president and his vice two presidents.

According to Downer, "There was no need to move such a motion since the agenda did make provision for it and only the constitution can address it.

The meeting also directed Ferguson, a businessman and the owner of Terminix La Horquetta Rangers FC and Boni Bishop, the general secretary of T&TFRA to write Robert Hadad, the chairman of the normalisation committee informing his about the membership decision and that the letter must be delivered by 4 pm on Tuesday.

The lawsuit, brought by Wallace and his United TTFA team, which also included former football executives, T&T Super League president Keith Look Loy and Anthony Harford, the president of the Northern Football Association (NFA), contravened the TTFA's Constitution, which prescribes that all disputes between the TTFA and FIFA should be dealt with by the Court of Arbitration for Sport (CAS), the Appellate judges concluded.

The Appeal Court, the highest court in T&T, also ordered the cash-strapped TTFA to pay the legal cost of FIFA.

In fact, in his summary of the decision, Judge Bereaux stated that: "There is no evidence that William Wallace was not authorised by the Board to bring this action. That there cannot, therefore, be established." which means that the cost is the responsibility of the TTFA.

The meeting which also had 13 observers, also decided to address the Court of Appeal decision on Friday in which it ordered that the TTFA pays FIFA legal cost in the jurisdiction appeal matter which FIFA won, at another meeting.

On Saturday, TTFA board member and the T&T Pro League acting chairman Brent Sancho told Guardian Media Sports that: "Just like the financial burden that is coming out of the unilateral contracts signed by Wallace which is possibly costing the TTFA close to $14 million and of course the immense fall out the TTFA is experiencing because of him and his egotistical cronies charge towards the high courts of Trinidad and Tobago, all without board approval. This is yet again an example of a man that seems to believe he is a lord onto himself. There is absolutely no doubt in my mind that the membership will be actively looking at taking a legal course for breach of fiduciary duties. It is a must."

Another board member Richard Quan Chan of the Southern Football Association said: "The membership need to take legal action against the United TTFA team for the legal cost which the court ordered the TTFA to pay FIFA. The decision to take legal action against FIFA was a United TTFA decision and not a TTFA Board decision. The TTFA should not be saddled with that cost since it was never informed, gave approval or was involved in such a decision."

FIFA suspended the TTFA on September 24 (T&T Republic Day) from all football events and activities under FIFA and demanded that the TTFA Statutes comes in line with FIFA's own before the suspension is lifted.

In the event, that the suspension is not lifted by either FIFA or the CAS by 5 pm on December 18, T&T will be replaced by Antigua and Barbuda as the next highest-ranked team based on performances during the 2019 Concacaf Nations League.