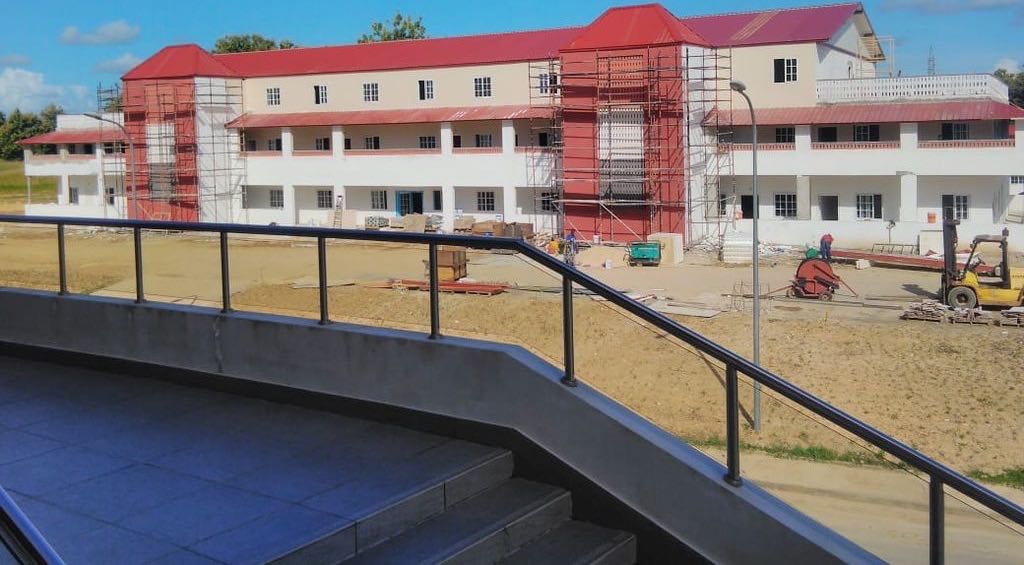 Mortgaging of the now controversial Home of Football is one of several considerations by the FIFA-appointed Normalisation Committee which is headed by chairman Robert Hadad and his committee members that comprise attorney Judy Daniel and businessman and former banker Nigel Romano, to clear the debt of the T&T Football Association which is estimated to be in the region of TT$70 million at present.

Speaking to Guardian Media Sports on Monday, Hadad confirmed that his committee will try everything possible to clear a debt, which has crippled the country's football for many years. The debt, according to Hadad, was $48 million at the end of 2019, a TTFA audited financial statement showed.

However, it went up by $20 million to $22 million under the William Wallace-led administration, which took over from David John-Williams on November 24, 2019. Wallace and his three vice presidents - Clynt Taylor, Joseph Sam Phillips, and Susan Joseph-Warrick, were removed by FIFA on March 17, 2020, after FIFA visited the TTFA in February to conduct an audit.

Now with a mandate to: run the TTFA'S daily affairs; establish a debt repayment plan that is implementable by the TTFA; to review and amend the TTFA Statutes (and other regulations where necessary) and to ensure their compliance with the FIFA Statutes and requirements before duly submitting them for approval to the TTFA Congress; and to organise and to conduct elections of a new TTFA Executive Committee for a four-year mandate, Hadad said they will have to consider all options available to them, inclusive of mortgaging the Home of Football, but they would rather use it to generate income.

"With respect to who is going to repay this debt, we have put a few offers on the table and we will have to wait to see what guidance we get from FIFA and CONCACAF as to which way to move forward. We will definitely have to borrow this money from some means or look at the Home of Football to see what we could do if we could mortgage it, could we get some of this money from FIFA or CONCACAF, we are discussing that right now," Hadad explained.

"We are going to reach out to the government, we have already asked for a meeting with the Minister of Sports Shamfa Cudjoe and Prime Minister Dr Keith Rowley, we have already met with Douglas Camacho from the Sports Company of T&T. We are looking at ways and means of building trust as we are prepared to be transparent as possible so that we can design a way forward and get the association out of where it is," Hadad explained.

Ironically though, Cudjoe in May last year urged the Wallace administration to allow the normalisation committee to take over as mandate by the sport's world governing body, as she said publicly that the government was in no position to bail out the embattled football association from the debt that crippled it.

Cudjoe was also quoted as telling the TTFA that if there's assistance coming from the parent body, concerning dealing with the financial affairs of the association that they should accept it.

The Home of Football is being used as a step-down facility in the government's covid-19 fight since April. The government renovated the facility in Couva to meet the needs of a healthcare facility.