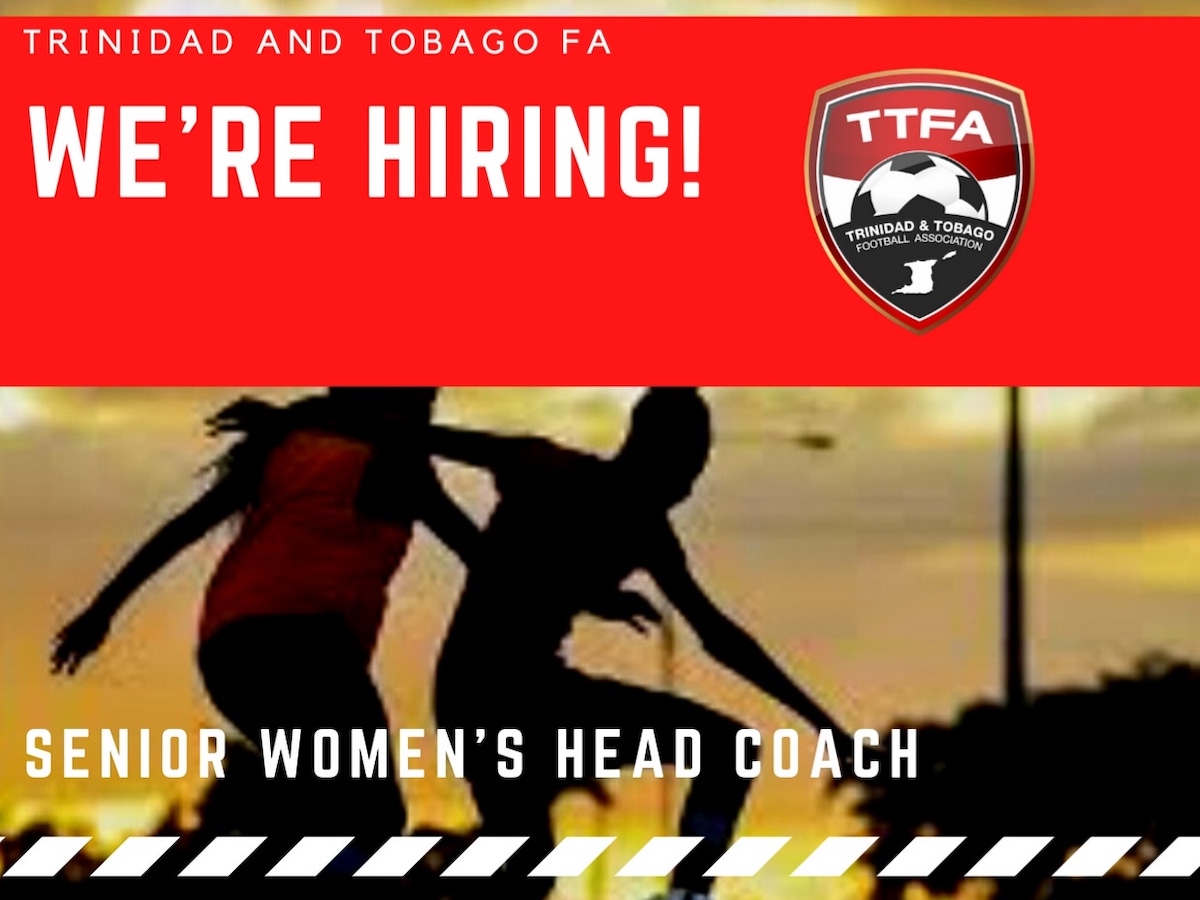 A five-member Adhoc Selection Committee that includes former national defender Richard Chinapoo, who has had an extensive career, primarily in the United States, will take centre stage as the selection of a coach for the country's Women's team continues.

Robert Hadad, chairman of the FIFA-appointed Normalisation Committee (NC) which also comprises former banker Nigel Romano and attorney Judy Daniel told Guardian Media Sports on Thursday, that the NC will ultimately have the final decision on who the coach will be. He said, the newly appointed committee is a highly technical one and will make recommendations based on qualification, experience and the budget available for the top position.

It is understood that from a total of 195 local, regional and international coaches, there is now a shortlist of five, but it is unsure whether former national women's coach Richard Hood, who took the country's under-20 women to the quarterfinals of the CONCACAF U-20 Women's Championship in the Dominican Republic last year and Angus Eve, who is considered one of this country's most successful youth coach, have made the shortlist.

The coach is expected to be chosen in the coming weeks.

Normalisation Committe to meet with Fenwick

Meanwhile, Hadad and his team will also sit with senior national Men's team coach Terry Fenwick soon to find ways to strengthen the team's chances of qualifying FIFA World Cup, which begins with a qualifying match against Guyana on March 25.

With FIFA suspending all the standing committees of the T&T Football Association inclusive of the technical committee, Hadad said his committee (NC) will do its best with the technical expertise that they have to help guide and direct them in the right direction for football. "What football advice they can give to Mr Fenwick. He and I just came off the phone with each other, we get along very well, we're going to work with him. We are going to try our very best to create an environment to give him the best possible chance," Hadad explained.

The local football boss has also reached out to the country's top international stars Joevin Jones, Kevin Molino and Khaleem Hyland for them to be apart of the set-up.

Fenwick's men were demolished 7-0 by the United States in an international friendly encounter on Sunday at the Exploria Stadium in Orlando Florida, USA but the result has had no effect on Hadad, who told Guardian Media Sports that he's happy with the traction being received, as well as the fact that the coach knows what is available to him.

"We have to work with the coach and the management team and I really think that the exposure is what we need to focus on, and not necessarily the result. The national coach is trying his best to see players and to evaluate players and he did what he thought was necessary. We could all analyse and say good, bad or indifferent but I am just gonna continue supporting him. We're gonna discuss the mistakes made, we're gonna discuss the positives and we're going to work towards the next game and what we could do to make things better for him."

Sunday's match saw the Soca Warriors succumb to their largest-ever margin of defeat by the United States, a result that followed a 6-0 thrashing at the CONCACAF Gold Cup in the USA in 2019. Still, the positives appeared to have out-weighed the negatives, as the NC was bombarded with praises from other CONCACAF and regional territories for being able to pull off the match in the midst of the COVID-19 pandemic.

"On Wednesday, I had a meeting with CONCACAF and our group F compatriots, and there was a lot of talk around how Trinidad and Tobago did what Trinidad and Tobago did, we got a game, we actually played football. We went out, we got to the USA. We came in for a lot of praise and I find really funny that we as Trinidadians are not seeing that. We went with what we had and the objective was to give Mr Fenwick the opportunity to view players in the USA, so I am actually very happy with the outcome but I am happy with the result of the game."

The T&T team will play two other warm-up matches against Dominica and St Vincent and the Grenadines later this month. Ongoing talks are underway with the Ministries of National Security and Health, Hadad explained, for a tri-nation bubble to be held here.

And he noted that for these matches, Hadad is guessing that coach Fenwick will utilise all the local players available to him, saying they will not be able to get the international players for matches outside the FIFA window.