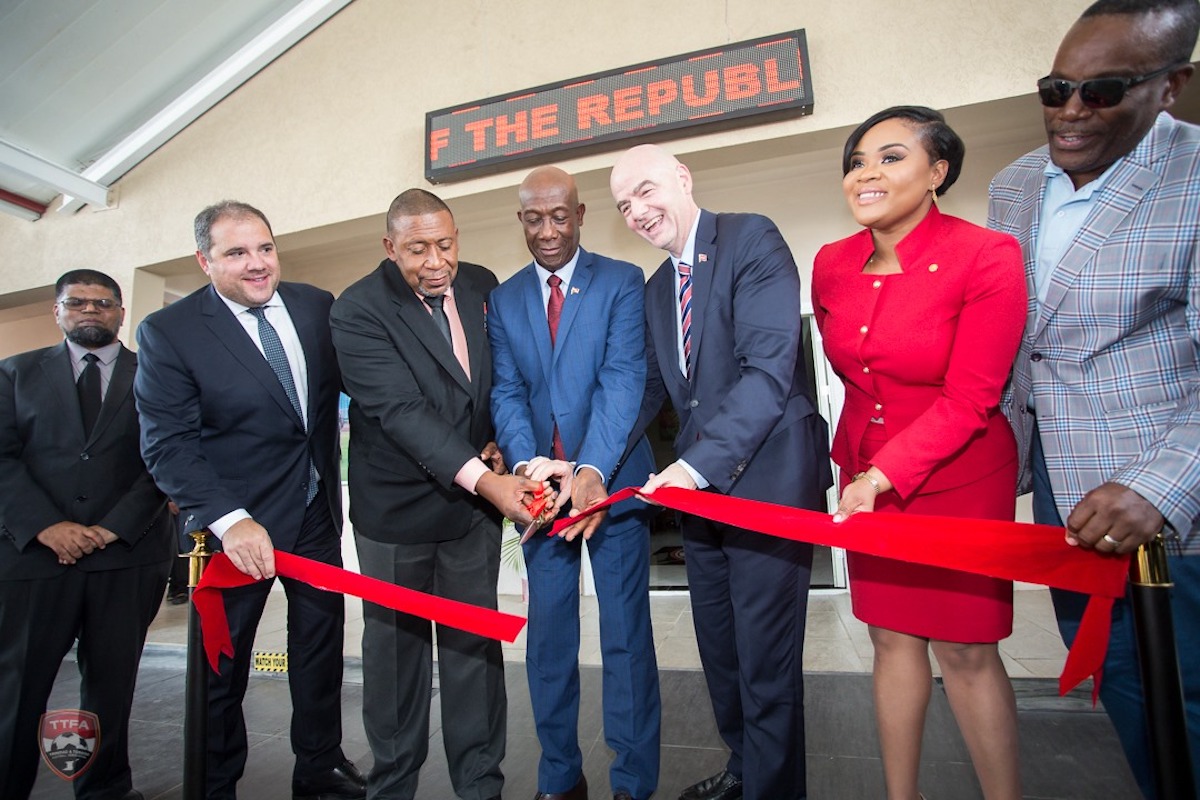 There is now a call for the controversial Home of Football to be named after David John-Williams, the deceased former T&T Football Association president who lost his battle with cancer on last Friday at the age of 59.

Speaking to Guardian Media Sports On Monday, Earl Jean, a former player, coach and protégé of the man known popularly as “Prezy” believes it would be appropriate, as John-Williams always had a desire to construct a football home in T&T, saying even the team he founded in 1999 known as W Connection had its own home.

“There is so much scandal and bacchanal with that but it would be nice because that’s his legacy. Stuarty (Stuart Charles Fevrier, W Connection coach) and I always spoke to him about that, we said ‘Prezy’ the most important thing for T&T is a home for football because he gave W Connection a home, so he wanted to do the same thing for T&T because he felt he was spending too much money on teams going to hotels and travelling etc.”

“He wanted a home, he wanted a place where the teams could come in and have a meal, and what I am proud about is that he did it in five years.

“Sometimes I feel that that caused his downfall, his death. The fall he had at the site (Home of Football), the stress from all the bacchanal and the noise, but his legacy is the Home of Football and I know they will always remember that he gave them a home that they never had,” Jean said.

In John-Williams, the stocky former St Lucian striker had developed a friend, brother and father, following a relationship that spanned for more than two decades. Prezy was who pursued him at Portuguese club Felgueiras and brought him to T&T. But upon his arrival here, Jean later became an assistant and confidant with key matters of player transfer and management.

Meanwhile, John-Williams also played a key role in upholding the T&T Pro League, Jean said, and had a burning desire to ensure that local clubs were compensated for their role in developing players. As Managing Director of John-Williams Construction Co Ltd, Prezy’s entry into local football was also his pathway to becoming T&T Football Association president, although he was supported on one hand and rejected on the other.

“I think there was jealousy because when he walked into the Professional League, many people felt that he was trying to hang his hat where it couldn’t reach. They felt he wouldn’t have achieved, he was a young man trying to show himself and it wouldn’t have happened, but David was a special person, in that he didn’t really care too much about what people felt about him.

“He had ideas and dreams and he always told us as players to dream big. And he showed us because by building this team he showed that we could achieve and he put out everything in that. I think there was that jealousy in the country about that, but a lot of people supported him and that’s why it was so unbelievable.

“A lot of people wanted him to become president of the TTFA because they saw how he handled it at his club, people in the country said it was the best professional team because of the standard he set. So how you wanted him to be president and then when he came in, you never gave him a chance?” Jean asked.

In 2015, John-Williams got the nod for the position of T&TFA president ahead of Raymond Tim Kee (now deceased) and was instrumental in ensuring that the embattled football association delivered audited financial accounts that would enable it to receive funding from FIFA, the sport’s world governing body.

John-Williams also spearheaded the construction of the Home of Football, lobbied with FIFA for clubs to be recognised for their work with players and also boasted about negotiating with other countries for the senior national team to play international friendly matches at little to no cost.

However, Jean said John-Williams, who has assisted many people in sports and culture, is undoubtedly an icon who should be sent off in grand style.

The funeral service for John-Williams will take place on Thursday at the St Paul’s RC Church, Southern Main Road, Couva. The service will start at 9.30 am.