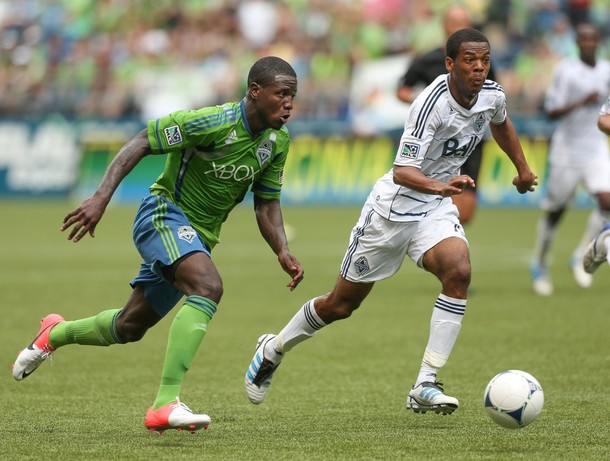 “We’re pleased to have Carlyle on board and expect that he’ll have plenty to offer our club on the backline,” said FCE technical director Joe Petrone.

Mitchell, 25, joined Whitecaps FC on September 14, 2011 after starting his professional career in his home country with Joe Public FC in the Trinidad and Tobago Professional Football League. In two seasons in Vancouver, Mitchell has started five MLS regular season matches. The Albertan NASL club will be familiar to the young Caribbean defender, as the 6-foot-1 centre back started both legs against FC Edmonton in the 2012 Amway Canadian Championship.

Internationally, Mitchell has made 10 appearances for the Trinidad and Tobago senior men's national team.

In Edmonton, Mitchell will link up with former Whitecaps FC assistant coach Colin Miller, who is now head coach with FC Edmonton. Miller coached Mitchell when he first joined Whitecaps FC at the end of the 2011 MLS season.

As part of the MLS rules, Mitchell will not be eligible to compete for FC Edmonton against Vancouver Whitecaps FC in the 2013 Amway Canadian Championship.