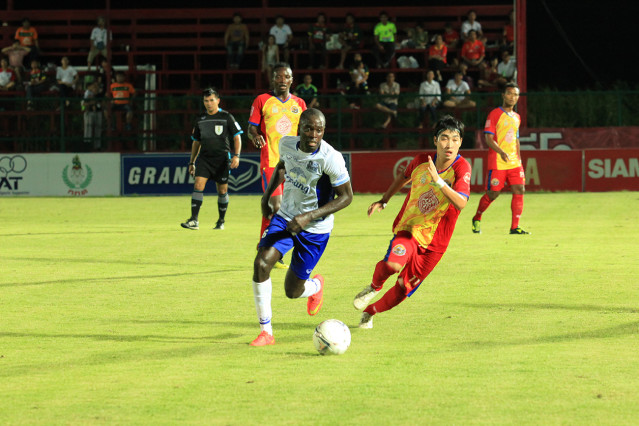 Kendall “Jaggy” Jagdeosingh is adapting to life in the Yamaha League 1. The new arrival has cited his happiness with Phuket FC for his current form and credited his teammates for helping him to settle in. The Trinidadian forward joined the Club from Trat FC.

“First of all, I’d just like to say thank you to everyone in the squad. They welcomed and helped me a lot, and the settling-in process is made a lot easier by the fact that there is such a warm atmosphere here.”

“The last game we played against TTM Customs FC was a good game. Me and my teammates’ performance were quite good. Unluckily, even though we had many chances, we could not grab the three points. So, sorry to all the fans that we didn’t do better.”

“Our next Southern derby game with Krabi FC is certainly not an easy game. We know that all of the fans hope that we can take three points. So I will do my best to keep raising my level of performance and bring the Club victory.” he added.