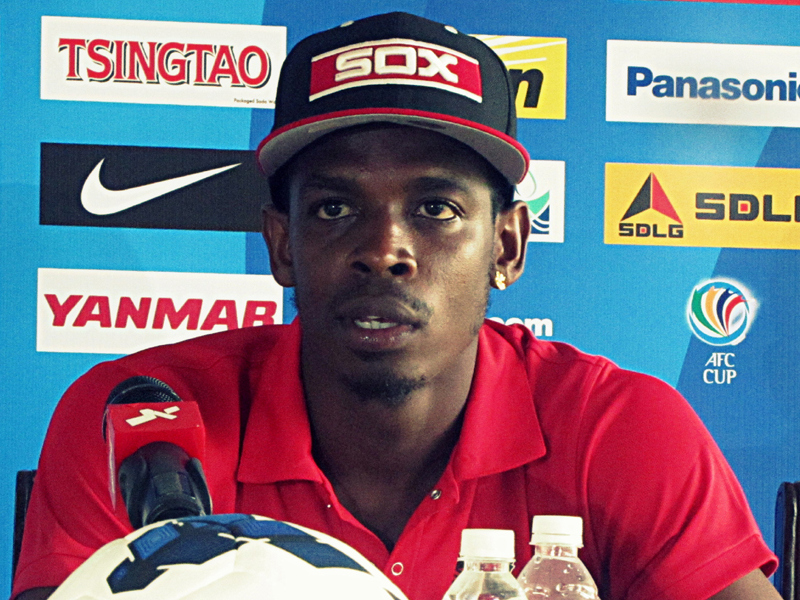 Churchill Brothers SC is feeling the need of a striker since the start of their I–League campaign. With Wolfe joining the team a lot is expected from the team that did reasonably well in Kolkata but was woeful in attack. Minoo Fernandes caught up with Anthony Wolfe for a chat on football and more.

Q: Which year did you play in India and which club?
A: I played for Churchill Brothers SC in 2013, when I first played in India.

Q: How many goals have you scored in India?
I must have scored around 22 goals in India after playing for Churchill Brothers and Sporting Clube de Goa in various tournaments these two teams participated.

Q: How many did you score for Sporting and how many for Churchill Brothers?
I cannot give you the exact break up but I think I have roughly scored around 14 to 15 goals when I played for Sporting Clube de Goa and the rest for the Churchill Brothers. It’s difficult to recollect the number of goals right now but the records will be there which can be verified.

Q: In which country you were playing before you set out to India and which was your favourite club?
I was playing in Trinidad and Tobago. I played for Club Ma Pau Stars.

Q: How did you get into football?
I started playing at the age of five in Trinidad and Tobago when I went to preparatory school. Thereafter, I continued playing in the primary school called Manzanilla Government school where I was voted as ‘M.V.P.( Most Valuable Player) and that was the award  which I cherish. This happened when I was 12 years old. I made by debut as a professional player, playing for Finland thereafter I finished my secondary school from Mayarp Composite school  and then went on to qualify for Inter collegiate senior grade .Thereafter , I joined Lindsey Wilson College at Columbia in USA when I was around 20 to 21 years old. But then, I went back to Trinidad and Tobago to play for my country Trinidad and Tobago in the World Cup, 2006 held in Germany.

Q: What was your contribution to your country in the World Cup?
I helped my country in the qualification stage where I was a regular in the first eleven of the team.

Q: How did Trinidad and Tobago fair in this World Cup in Germany?
My country drew against Sweden 0-0, lost to England 2-0 and narrowly lost to Paraguay, I do not remember the score.

Q: How old are you now and is age a predicament?
I am 33 years old now. Age is not a factor provided one eats well and practices well. You as an individual will know if your body can take the vigorous training, if not then the player must decide his plans. As for me, I am fit and fine and am ready for action.

Q: When did you arrive in Goa to play for Churchill Brothers SC this season?
I arrived on January 2 and started practicing from January 4.

Q: Have you adjusted with the team?
So far, so good.

Q: Are you going to be amongst the goal scorers on Sunday?
My first priority is to perform well and by doing this, goals will come. I do not want to jump the gun and say ‘yes’ which will put pressure on me. But I am a striker and I came here to score goals and help my team in any way possible .All players, including local guys must play their part as well and will achieve what is required. Each one, help one. Team work is important.

Q: Did you score for your country? If so how many?
I scored eleven goals for the national side, which includes the Caribbean Cups and friendlies.

Q: Which is your most favourite position?
I am a striker, but my nation used me as a ‘utility player’ as well. I was used to play on the wings.