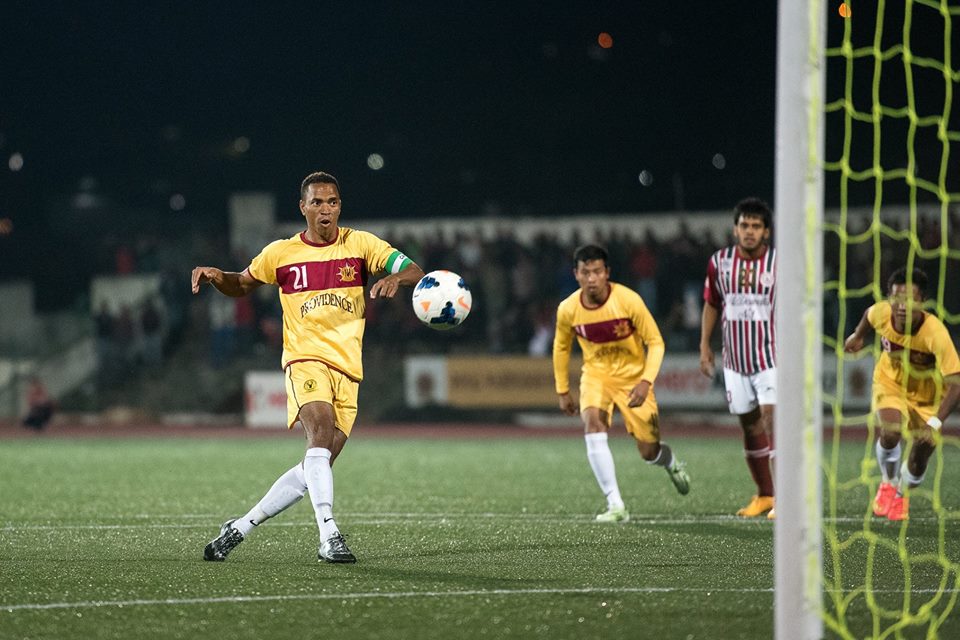 Mumbai FC have made their first foreign signing of the current I-League campaign, with the capture of Densill Theobald.

Goal can reveal that the former Trinidad and Tobago (T &T) international midfielder is expected to turn out in the Yellow and Blue of the club from the commercial capital of India, after coach Santosh Kashyap identified him as a key ingredient in his set-up. Sources close to developments have confirmed matters are close to completion with respect to Theobald's participation in the league for the Mumbaikars.

Theobald, 34, is already experienced in Indian football. He first made his foray into the subcontinent in late 2011, by signing for Armando Colaco-led Dempo. His second tryst with Indian football came in the 2014/15 season of the I-League, where he donned the Yellow of Royal Wahingdoh under the same coach.

Their relationship blossomed on the pitch, with the Royal Stags taking the league by storm and finishing third in the I-League season, at their very first attempt after promotion to the top tier. The Port of Spain born player no doubt experienced one of his best upswings in form, netting thrice in 20 league appearances and becoming centrifugal to the team's rapid transition of play from the back.

However, Wahingdoh withdrew from the competition altogether, which forced Theobald to seek a new haven. This came with a move back to Goan shores, where he joined the Flaming Oranje of Sporting Goa.

However, his venture on the Konkan coast didn't prove to be successful, as he made just seven appearances in the season, scoring none.

A move back to his homeland beckoned, where he represented Morvant and Caledonia from the middle of 2016. His variegated career has seen him play in countries such as Finland, with Kuopion Palloseura, and Scotland's Falkirk - where he finished runner-up in the Scottish Cup.

He has won the Caribbean Football Union's (CFU) club championship and finished runners-up in the T&T Pro League, as well.