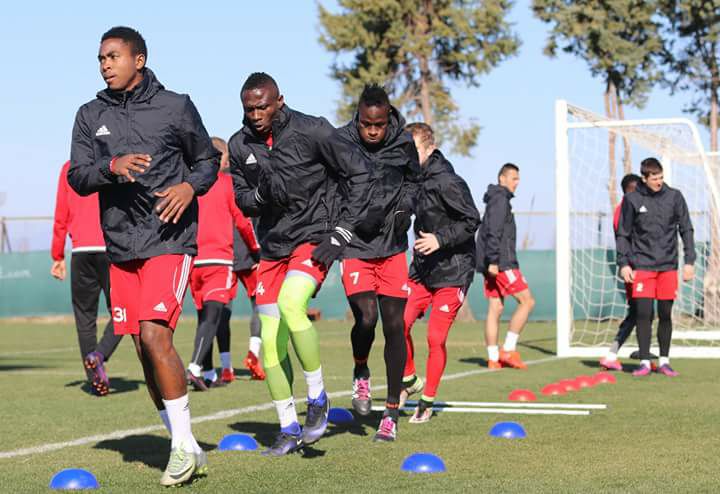 Former national under 20 player Keston Julien is likely to start for Slovak club AS Trencin in the UEFA Europa League Second Round qualifying match against Bnei Yehuda Tel-Aviv of Israel on Thursday.

Julien, 18, signed with Trencin in January of this year, penning a three and a half year deal after previously being attached to W Connection and San Juan Jabloteh. He is currently the youngest T&T player to possess a pro contract in Europe with 19-year-old Levi Garcia next on the list. So far he’s made five appearances for Trencin, making his debut in February against Slovan Bratislava. But injury sidelined him until recently and now he’s back in the Trencin gameday roster.

“It was pretty challenging at first with the weather, It was  minus 18 when I got here (Slovakia) but I adapted after a couple weeks. I started playing six or seven games right away and then I dropped in form a bit so I was on the bench.  I got back into the first team just before the end of the season,” Julien told TTFA Media on Monday.

Julien missed the club’s past two Europa matches which included a 3-0 win over Torpedo Kutaisi in the first round.

“I didn’t play the last couple Europa games because of injury but I am fit again and in full training with the first team. I’m in the starting team for Thursday so I am looking forward to it because it’s a huge opportunity for us,” the left-back added.

Julien described the training as something that was totally new to him. His current club is the former employers of T&T’s Lester Peltier.

“Everyday it’s hard and intense work out here. We train five days for the week with one day rest plus game day. In those five days, two days will be double session with gym work and so. It’s a lot tougher than anything I had ever experienced in Trinidad, “Julien said .

“You have to be ready everyday because what you do on the field is what determines how the game goes and whether you are selected or not. This experience is shaping me, I believe, into a better player.

“My ambition is to get into the national senior team because that is every player’s dream especially when you are playing at the European level where all the players are striving to make their national team,” Julien added.