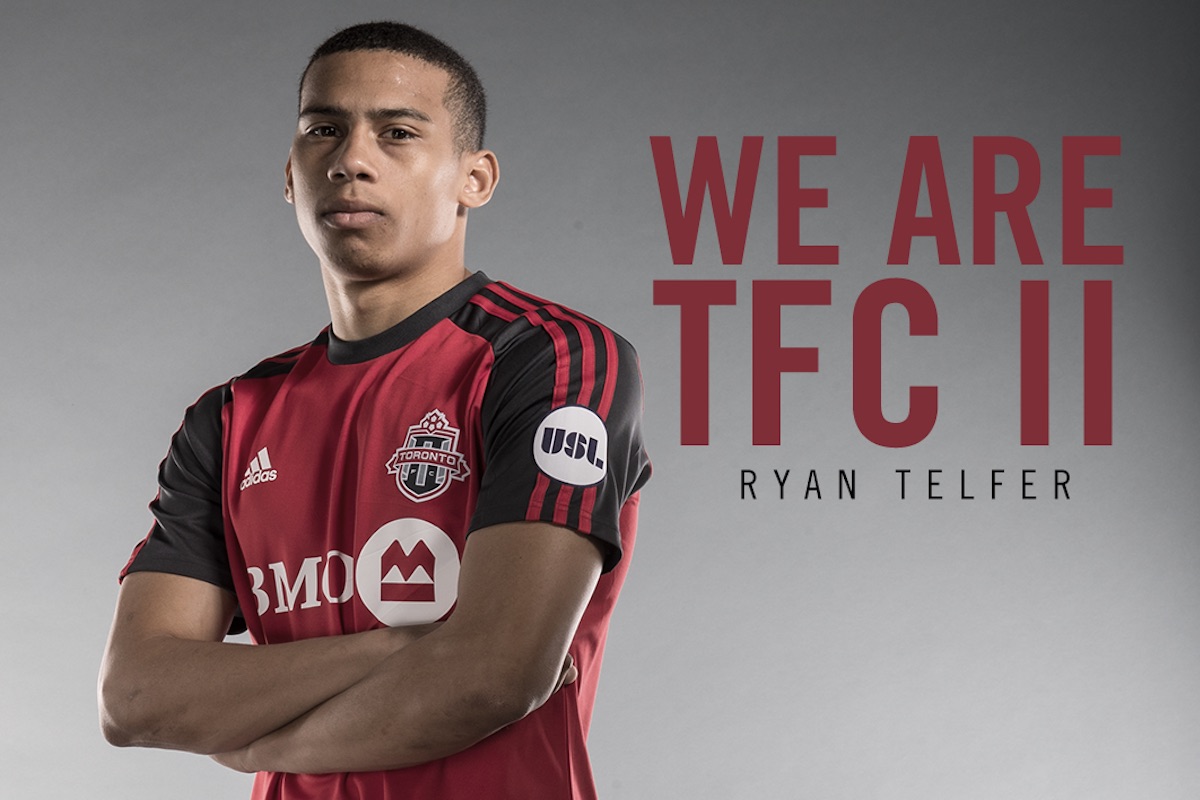 On this week’s edition of We Are TFC II, we sit down with forward Ryan Telfer.

What has been your favourite moment in your soccer career thus far?

Can you take us through that moment?

Telfer: It was unexpected for sure. I was surprised to score in the first seven minutes of my debut. It was an incredible feeling, to be honest. To put the ball in the back of the net to give your team the first goal of the season is truly remarkable.

At what moment did you know you could go pro?

Telfer: When I first got an email from Toronto FC for an invite to the college showcase.

What was it like to go through the showcase?

Telfer: Only a few players from Ontario got selected along with some US based players, after that two-day trial I was invited to preseason. I was like, let’s give it a shot. In preseason, I got to witness what it really takes to become a professional soccer player.

Do you have a coach/mentor who has impacted your soccer career?

Telfer: Carmine Isacco [York University Coach], he believed in my ability and gave me the shot I needed.

You come from the York University program. How was your experience there?

Telfer: It is a great system at York. I got my first playing time two years ago. I started on the bench, last season is when I really got some minutes as a starter. Carmine Isacco put all his faith in me and I showed it out there on the field and gave it my all.

You won two national championships at York. What was that like?

Telfer: To win back-to-back championships. You don’t see that in Canadian university sports. And to win the second one at home in front our fans, it was incredible. It was great to win the championship and bring it back to York.

A player you like to model your game after?

Telfer:  None. I always liked to be creative and be myself.

Taking a quick look at your phone, which photo in it means the most to you?

Telfer: A picture of my nieces and my girlfriend. It makes me realise how lucky and grateful I am to have them in my life.

How do you like to spend your free time?

Do you have a favourite game?

You have a favourite generation?

Do you have a favourite movie?

If you weren’t playing soccer what would you be doing?

Telfer: I’m still in school trying to get my Bachelors of Science in Civil Engineering so I’m currently still doing it so hopefully I’ll be able to finish that up in the next two years.

Telfer: When I was coming out of high school I wasn’t sure of what I wanted to do. I first thought I wanted to be an architect at first but I knew that field was flooded right now so one of my guidance counselors told me that the engineering spectrum is a great area right now. I chose civil [engineering] because I am good at physics and calculus.