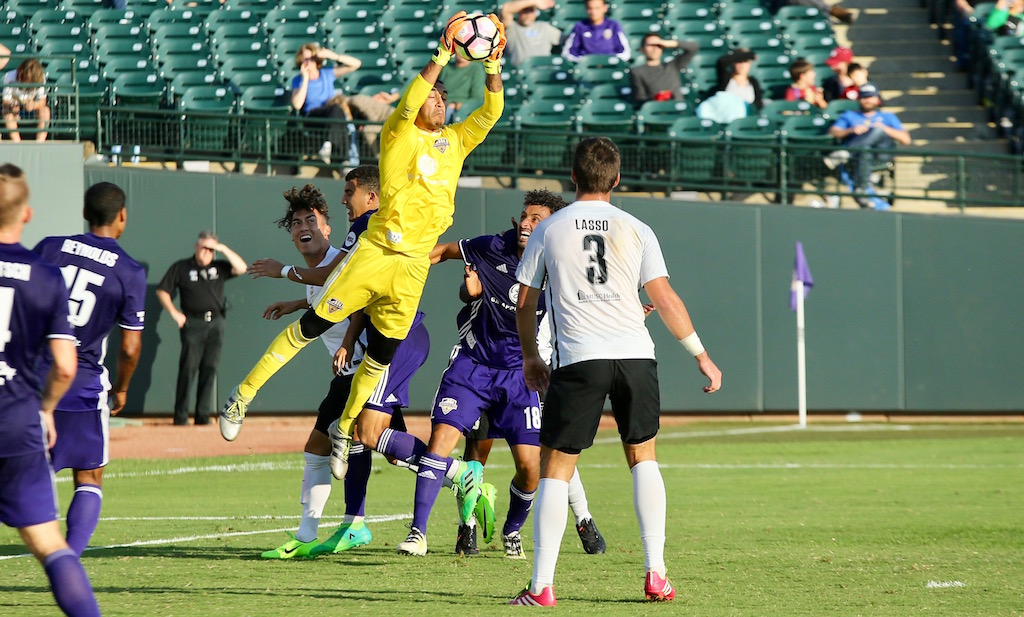 One of Louisville City FC’s most important players gets only a few touches of the ball per game — and that’s how the club prefers it.

Goalkeeper Greg Ranjitsingh has consistently led and organized one of the United Soccer League’s best defense, with LouCity’s 1-0 win Saturday over the Charleston Battery his sixth clean sheet — fifth in the Eastern Conference.

“I think with our team, defensively we’re really strong, not only in our back four but in front of them,” Ranjitsingh said. “We work really hard, and we really limit the opposition’s chances. I think for us, the goalkeeper on our team, it’s going to come down to maybe one moment in the game or two moments in the game where you have to come up big and make the save, and that’s how it’s been because the rest of the game, they’re going to shut it down for you and keep it clean.”

Ranjitsingh only had to make two saves against the Battery, and they were both game-saving stops.

The first came in the 11th minute, when Charleston’s Maikel Chang fired a strike across goal from the right side of the box. Ranjitsingh quickly reacted to the blast and palmed the shot just over the far post.

The keeper’s second save came five minutes later as Heviel Cordoves tried his luck from outside of the box, and Ranjitsingh was up to the task.

For goalkeepers though, the stats don’t tell the whole story. There’s no stat to track how Ranjitsingh organizes the defense in front of him, making sure they are positioned in the right places to cut out passes and prevent shots.

Consider that, for instance, Ranjitsingh has faced 42 shots in 14 games played. FC Cincinnati’s Mitch Hildebrandt has faced a stunning 116 shots in 25 games, good for more than 4.6 shots on-target per game. Hildebrandt has saved nearly 70 percent of those, but the defense in front of him keeps one of the USL’s other top keepers busy.

Organizing the defense, and the team in front of a goalkeeper, is a skill that requires intense focus and constant communication.

“I think it’s all mental,” Ranjitsingh said. “With goalkeeping, everything is all about mentality and confidence.”

What the statistics do say is that Ranjitsingh is one of the best at his position. It’s why he earned a call last year to the Trinidad and Tobago National Team.

Having a capable second goalkeeper in Tim Dobrowolski has kept Ranjitsingh on his toes in training. Added are Ranjitsingh’s intangibles: setting up a wall for a free kick or making game-saving stops. Having moved past an injury in the season opener, Ranjitsingh’s living up to the hype in 2017.