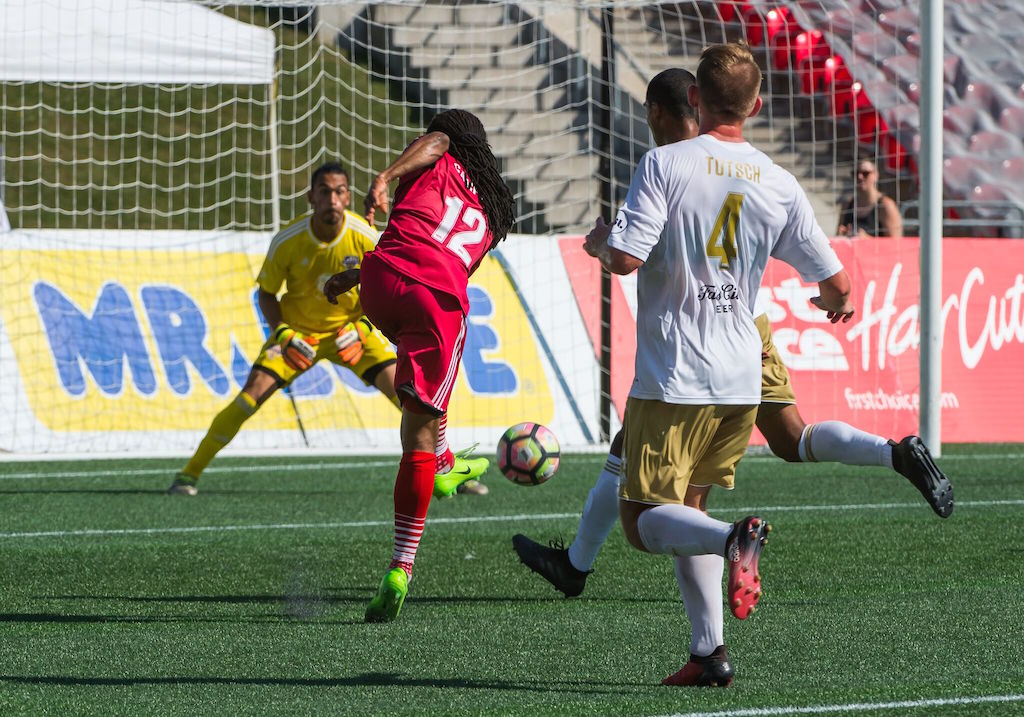 After a slow start to Sunday’s match, goalkeeper Greg Ranjitsingh earned his keep as Ottawa Fury recorded 15 total shots, 7 of which came late in the second half.

Ranjitsingh added to his 35 total saves on the year – some of which held Fury FC from taking three points from the boys in purple.

“I thought he made a couple of important saves for us,” said coach James O’Conor on his starting keeper. “I think there was one definitely that I thought was a big save.”

The Mercer University graduate added another save when Ottawa’s Sito Seoane nearly tied the match with a left-footed strike outside the box, but Ranjitsingh’s diving stop held the hosts in check.

Ranjitsingh, who left the season opener against Saint Louis FC with a hip flexor injury, has since come on to help his club record 7 of its 11 clean sheets.