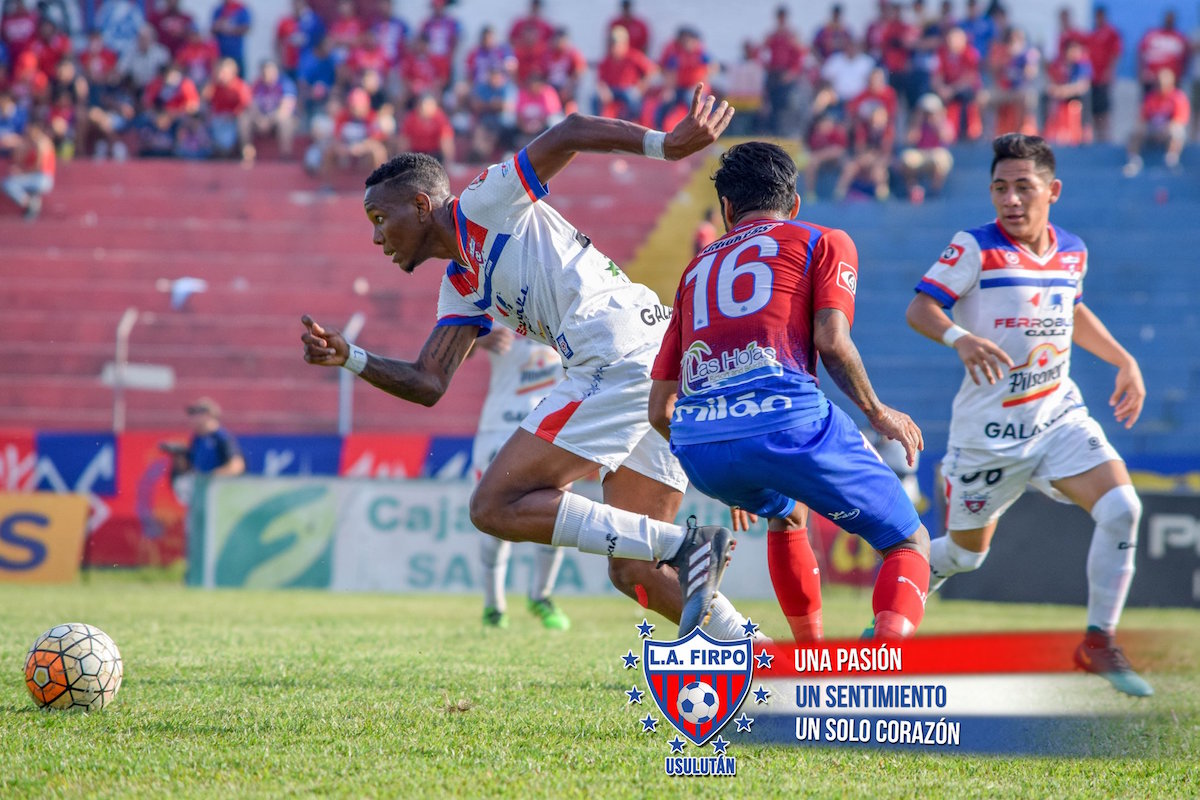 On behalf of socawarriors.net, the following interview with Ricardo John was conducted by Chambi Sey, in consultation with Nigel Myers. The interview occurred on multiple days spanning April 17, 2018 through April 20, 2018.

Would you like to share with us what your experience of football in El Salvador has been like?
It has been an amazing experience so far. The level of football is high. It's a very competitive and technical league. Football is their life over here. The fan base is amazing, they support the team in good and bad and that's important. Overall it has been an eye-opening experience and I think my time here will help my game to improve.

Sometimes you tweet in Spanish. Why?
So the fans of the team can understand.

What has been the reaction to your tweets from the fans?
Some good, some bad, but mostly encouragement. They all want the team to do well, so they are always encouraging.

Do you have someone tweet for you or are you doing it yourself?
No, I do it for myself.

What sort of things have you had to do to adapt your game to the Salvadoran league?
I'd say the pace of the game is played fast in the league and the defenders are physical, they don't give you an inch.

So what do you do to nullify those things?
I just stick to my game, pass and move and use my speed to get on behind defenses.

How do you think you would have adjusted had you gone to El Salvador directly from Virginia Tech?
My time at Toronto definitely prepared me for life in El Salvador. I learned a lot in Toronto, seeing guys like Altidore, Bradley and Giovinco train and how they carry about themselves and being able to train with them showed me what a professional footballer is all about.

Did you have any First Team opportunities there?
I trained with the First Team a couple of times, but never played in any games.

Have you always played as a forward?
I played defense for a little, back in high school but I've always preferred playing as a forward and scoring goals.

Was there someone in football in Trinidad and Tobago who helped you with that opportunity?
Brent Bennett went to school with one of my coaches at Virginia Tech and they were looking  for a forward at the time. Mr. Bennett was a former player of Michael Grayson who was my coach at St. Augustine Sec. That year I won the Golden Boot and MVP awards for the school league. Virginia Tech came and watched one of my games and they were impressed and the rest is history.

Up until what age did you play as a defender?
Probably 16.

How many seasons did you play in the Secondary Schools Football League (SSFL)?
Five. Three seasons with Trinity College East and two seasons with St. Augustine.

Which coaches in Trinidad and Tobago football have been the most influential on your progress? Be frank.
Michael Grayson definitely. He changed the way I play and taught me to play with confidence. Zoran Vranes helped me a lot [during] my time with him with the U23s. My game developed a lot. I think under him I played the best football of my career so far.

Do you stay in touch with those coaches?
Yes, I see Grayson every time I go back to Trinidad and I talk to Vranes on Facebook.

At what age did you start playing organized football?
I started late. I would say in high school. I was never involved in any academies or anything like that.

You're a young man, but what would you like to pursue after your playing days are done?
I have to finish my degree in hospitality and tourism management and probably get into something in that field.

There was a labor dispute at your club recently. Reports indicate that players had not been paid. Could you shed light on where the situation stands?
Yes, we had some problems with the sponsors but the president has since paid the debt that was owed.

For how long did the team not practice?
Only two days.

Has that experience shaped your thoughts on what could, or should, be done with football in Trinidad and Tobago to improve the job security of players?
I think a players' union in Trinidad will help that situation a lot.

Have you had any outreach from the national team staff?
No, I haven't. After the friendly against Grenada, Coach Lawrence told me he was impressed with me and to keep working to improve my game.

What do you think you need to do to earn a consistent place?
Start scoring more consistently with my club.

Do you see Leston [Paul] often?
No, not really. Our teams are probably a three hour drive from each other, but I talk to him every day.

You've played in the USL, the TT Pro League and in the Salvadoran Primera Division. How do the leagues compare to each other?
Every league has its own style. The USL, of course, is the more attractive league because of all the money and sponsors they have. It is a competitive league with a lot of good players. The travel schedule is also difficult. Playing in Toronto almost all our away games are in America so that plays a toll on you. In El Salvador it is a very technical and physical league. There are teams like Alianza and Santa Tecla who can easily beat many USL teams. Santa Tecla beat Seattle Sounders in the [CONCACAF] Champions League this season. It might not be as glamorous as the USL, but it is definitely competitive.

Please describe for your fans what a typical day is like for you. How is the day structured?
Wake up at 7 in the morning, have breakfast and go to training for 9. After, I have lunch and just relax for the rest of the day. More or less, it is the same everyday. Eat, train, sleep, repeat.

Earlier in the interview, you mentioned Michael Grayson's role in your development. What are your thoughts about his firing by St. Augustine?
This is football, coaches and players come and go. I think maybe the school could have done more to honor his time at the school.

Who is your favorite player on the international scene? Why?
I like Sheldon Bateau a lot. His attitude on and off the field epitomizes what a professional player should be. He leaves everything on the pitch and that is commendable.

Same question applied to within the TT Pro League.
In the pro league I would say Triston Hodge. We played together in St Augustine and then at Toronto. He is a very good defender, very technical. I always loved playing with him.

You became a professional player prematurely due to being ruled ineligible to continue as an amateur in the NCAA system. Is that something you regret?
No, I don’t regret it. My dream was always to play professionally abroad and I thank God every day I am able to do that.

What led to the ineligibility decision and what could have been done to avoid it happening?
I played in the pro league on my off-season. I was under the impression that I could of (sic) played if I had not signed a contract. I think NCAA players can pay more attention to the Rules because there are a lot of things you can lose eligibility for.

Do you consider yourself 100% responsible?
Yes, it was my decision and I take full responsibility for it.

During your time with Central FC, how was the experience and how did that opportunity come about?
The experience was great at Central. I won a TT Pro League title and Caribbean Cup there. It was a great learning experience playing with guys like [Ataulla] Guerra, Leston Paul, Sean de Silva, Jamal Jack, Jan-Michael [Williams]. My good friend Adrian Romain brought me to the club.

Was Aikim [Andrews] a direct replacement for you at TFC II? Didn't you want to stay in Toronto?
We played a season together at Toronto, my second and his first. I wouldn’t say my direct replacement because we are two different players. Toronto is a great club, but this is the business. Players come and players go. It isn’t always a bed of roses.

What's your ambition for the rest of 2018?
Well, my first goal is to try to win the Clausura championship with my club. I hope to become a regular on the national team.

Final question: who are you backing to win the World Cup and why?
For the World Cup definitely Argentina. They have the best player in the world in Messi and they play attractive attacking football that is a joy to watch, so I hope they can lift the trophy at the end of the tournament.

SW: Ricardo, on behalf of socawarriors.net, thank you for sharing and interacting with us. May the most of what you want be the least of what you get.

RJ: No problem, my pleasure.

About the Interviewer
Chambi Sey earned the Máster Internacional en Negocios y Administración del Fútbol (MINAF) at the Johann Cruyff Institute. Although MINAF has graduates from CONMEBOL and UEFA member nations, he is the first and only MINAF graduate from a CONCACAF member association country other than Mexico. MINAF graduates occupy positions of influence across the gamut of professional football. Among other credentials, Chambi holds coaching and technical development certification from the Deutscher Fußball Bund, the German football federation, and another Master's degree in Physical Education and Sport Administration with a concentration in Public Administration.