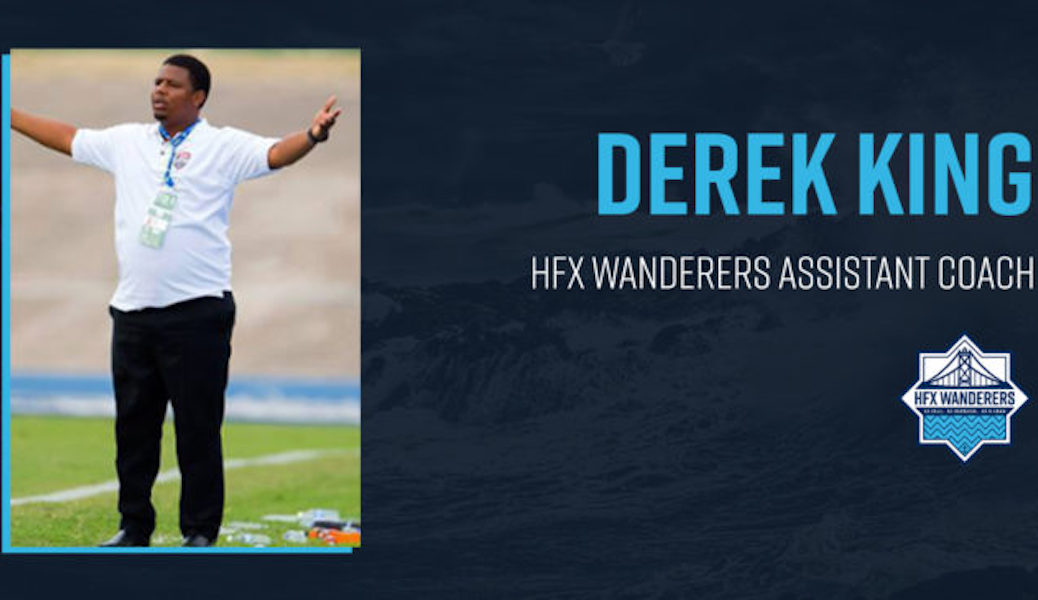 HFX Wanderers general manager and head coach Stephen Hart has hired two trusted and experienced coaches to be his assistants for the club’s inaugural season in the Canadian Premier League.

Both have worked alongside the Wanderers head coach before.

“Both Derek and Michael are very familiar with how I work and what I like and demand from players, so that should help in the transition,” Hart said.

Hunter and King will both get the title of assistant coach at the Wanderers.

In building his first CPL squad, Hart has said from the start his coaches will be key to the team’s progress, given a number of players will be up-and-comers who are still developing.

“I’m pleased to have them on board,” said Hart. “You want a staff that has a wide spectrum of coaching at professional, international and developmental levels.”

The resumes of both new assistants make impressive reading, with Hunter having coached at virtually every level in the province, as well as being the former technical director and program manager of Soccer Nova Scotia.

“Michael is very analytical about the game. He’s good at breaking down the opposition as well as our own team and individual play. And he has the added ability to work with the goalkeepers,” said Hart, of the former Halifax King of Donair keeper.

38-year-old King joins the Wanderers following several years of success coaching at club level in Trinidad and Tobago where he won a number of national trophies.

He also made 33 appearances for the national team, as well as serving as assistant coach to Stephen Hart, when the Wanderers boss was the team’s head coach.

“Derek won the professional league there coaching with two different teams and several cup trophies. As a matter of fact he won five trophies in one year,” said Hart.

One of the things the Wanderers head coach wanted was coaching staff who won’t hesitate to let him know when they disagree with him. Something he says won’t be a problem with his new assistants.

“They’re both similar in that neither will be afraid to tell me when they think something is not right and how we should adjust things,” he said.

Hunter, said it’s a good feeling as a local boy getting the chance to coach professionally in Halifax, where he’s been such a big part of the soccer community for many years.

The 45-year-old was Hart’s right hand man during the Atlantic Selects match versus Fortuna Düsseldorf in July, but wasn’t expecting that one-off game would lead to this.

“Any opportunity I get to work with Stephen I’m going to jump at it, not only the learning opportunities but also the way he thinks about football, we’re similar in our ideas,” Hunter said.

King described it as a “joy” to be getting the chance to work in a brand new history making Canadian Premier League alongside someone he looks up to.

“Stephen’s coaching philosophy is a good one and I learned a lot from him and now we’re back at it again, so hopefully we will do good things for the Halifax family,” King said.

Hart said both coaches will be joining the club in February, which will allow for King to complete his contract with his current club FC Santa Rosa in Trinidad and Tobago.

Both new coaches will be on duty in Halifax in time for the Wanderers preseason trials and training, with the CPL season scheduled to kick-off in April 2019.

Hart expects both to become an integral part of the club whose guidance will be invaluable to the players.

“I’m comfortable with them taking charge of the training sessions and me being in an observation capacity at times,” said Hart.

The Wanderers want to congratulate both new assistant coaches and welcome them to our team in Halifax.