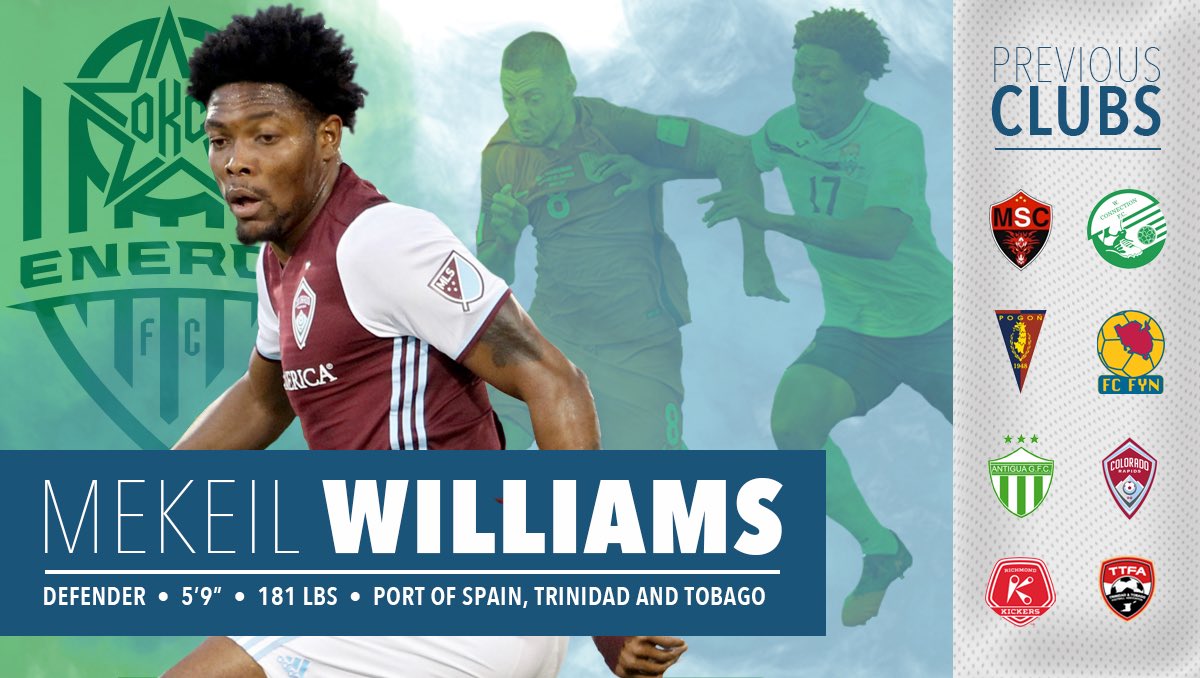 Energy FC have signed defender Mekeil Williams, Head Coach Steve Cooke announced today. Williams joins the club after spending 2018 with the Richmond Kickers, where he made 27 appearances, 111 clearances and had a 66.7% tackle success rate.

Williams and Cooke know each other well from their time at Colorado Rapids from 2016-2017, where Williams made 38 appearances for the MLS club.

In addition to playing in the top flight in the United States, Williams has featured for the Trinidad and Tobago national team on 20 occasions, scoring one goal for his home country and helping the Soca Warriors advance to the quarterfinals of the 2015 CONCACAF Gold Cup. Williams also earned caps against the United States men’s national team in World Cup qualifiers from 2015-18.

“He’s a player who is very versatile”, said Cooke. “He can play center back; he can play right back, he plays left back. I think having players of that experience and that quality who can also play in a couple of different positions really helps in USL in terms of building your roster. He’s another player who is very hard-working. Sometimes, that is not always seen because he’s got a fairly laid back personality. But his work ethic is terrific and I think he’s somebody who will certainly add to the group. Not only as a quality player but I think he’s going to be a fun guy to be around for everybody.”