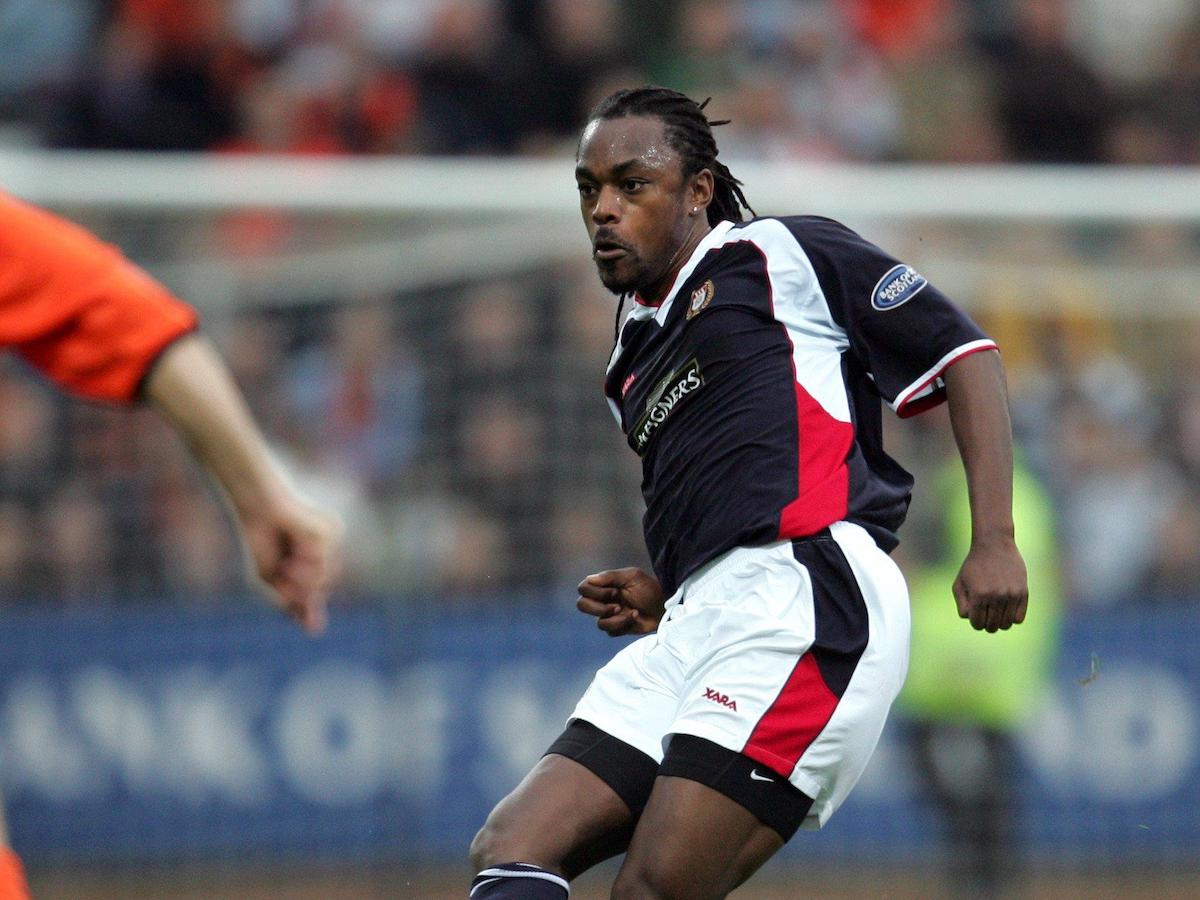 WHAT to do after a career in football is a quandary every player faces.

In days gone by, buying pubs and property was the plan when you hit your mid-30s.

Brent Sancho, however, took a completely different path when his playing days came to an end.

Instead of working for another club, he decided to build his own.

The former Dundee defender started Central FC in 2012 and quickly turned them into the top team in Trinidad, winning the domestic title three times in a row and the Caribbean Club Championship twice.

They have also been in talks with English Premier League side Cardiff City about linking up as a feeder club.

As well as building his club from scratch, Sancho, now 41, also managed to fit in becoming Minister Of Sport in then Prime Minister Kamla Persad-Bissessar’s cabinet.

And if that wasn’t enough, the 2006 World Cup star owns a chain of restaurants and is planning to launch one in Glasgow soon.

He said: “I have been pretty much involved in everything possible since I retired from football.

“I started up a professional club, Central FC, and we won the domestic title three times in a row.

“We have also won the Caribbean Club Championship, which is like our version of the Champions League, twice.

“We have only been in existence for six years but we have been quite successful in our exploits on and off the field. I am the founder and chairman of the club.

“We had Graham Rix as head coach and also Terry Fenwick in the past too. Our current manager is Stern John, who is Trinidad’s record goalscorer.

“We have done quite well but it has been very difficult to get to where we are. We started from scratch, it’s not an easy thing to do.

“First you have to work out what you want to achieve and think about the direction you want to go in.

“You need to get investment, which is hard because you have to get people to believe in the dream of having a professional sports club.

“It was a challenge but the backers we found saw what we were trying to do and they supported us wholeheartedly.

“Then you have to get the right people, the right backroom staff and administrative staff to implement the ideology you have worked out.

“Once you do that, you then have to get the right manager and back him to identify and sign the right players to take the club the way you want it to go. In a short space of time we managed to do it and become successful.

“The last few years have been a whirlwind and now we have other clubs looking at us.

“We have spoken to some people at big clubs, for example Ken Choo at Cardiff City, and they are interested in turning the club into a feeder.

“There is a lot of interest in that sort of thing now.

“We recently sold a player, Levi Garcia, to AZ Alkmaar in Holland, which is incredible. We work on what you would term a shoestring budget but we are giving players coaching with a view to helping them move to Europe and elsewhere.

“That has to be the model we work on because there are good players in the Caribbean but we don’t really have an academy system.

“When you look at the players we have produced, like Dwight Yorke, Stern, Leon Bailey from Jamaica, the talent is there.

“If we can get a system of nurturing the talent then there are so many possibilities and that is our aim.”

Sancho’s emergence as a business brain in sport and also as the franchise holder for Japs Fried Chicken restaurants brought him to the attention of Kamla Persad-Bissessar, the islands’ first female Prime Minister.

At a reception one night, he was sounded out about political ambitions and within weeks found himself inside government.

He explained: “Central FC was doing well and the Prime Minister Kamla Persad-Bissessar spoke to me at a function.

“She said that I was young and I had done very well, so I could be an inspiration to people.

“A month later she phoned me and asked if I wanted to become her next Minister of Sport.

“I asked her if I could have time to think about it but she said no.

“There was no way I would ever have turned my back on helping my country anyway.

“I became the first footballer in the Caribbean to become a Minister.

“It was an interesting time, it was a bit different to being a footballer in Scotland anyway!

“But it was a great honour to get that chance and to be given the opportunity to help make things better for our people.

“It was a strange experience in a lot of ways. You have to get used to being followed around by security guards all the time for example.

“I currently own a few franchises for a very famous chicken restaurant in Trinidad and I am actually looking to open a restaurant in Glasgow. We had a location but it fell through when someone else took it up instead.

“My business partner is from Glasgow, so we are looking at new locations and plans are in the pipeline for that now.”

Sancho fell in love with British football during his time with Dundee, Ross County, Millwall and Gillingham.

And he would jump at the opportunity to work in Britain again if it ever came up. He said: “Of course, coming back to the UK would interest me.

“It’s something I would love to do.

“I have built up a lot of experience and the skills for a job with a club across there.

“Any club who wants to achieve things these days has to have that chief executive or director of football set-up because the role of a manager now is too big.

“You need someone there to help the manager, someone who is there for the long-term to make sure the ethos of the club stays the same.

“My wife and family are English so I would definitely come back if the chance was there.”

He went to college in New York, played football in the UK and played for his country in the 2006 World Cup.

Sancho started his professional career with Portland Timbers before returning to his homeland to play for San Juan Jabloteh on loan. It was during a friendly game against Jim Duffy’s Dundee in 2003 the door opened for him to move to Europe.

In the summer of 2006, he faced Sweden, England and Paraguay in the World Cup.

After quitting playing, in 2012 Sancho started his own football club, Central FC, and has turned them into one of Trinidad’s most successful sides.

In 2015 he was asked to join Prime Minister Kamla Persad-Bissessar’s cabinet and was appointed Minister of Sport.

Sancho is also the owner of fried chicken restaurants in Trinidad and hopes to open the doors of a Glasgow eaterie in the near future.