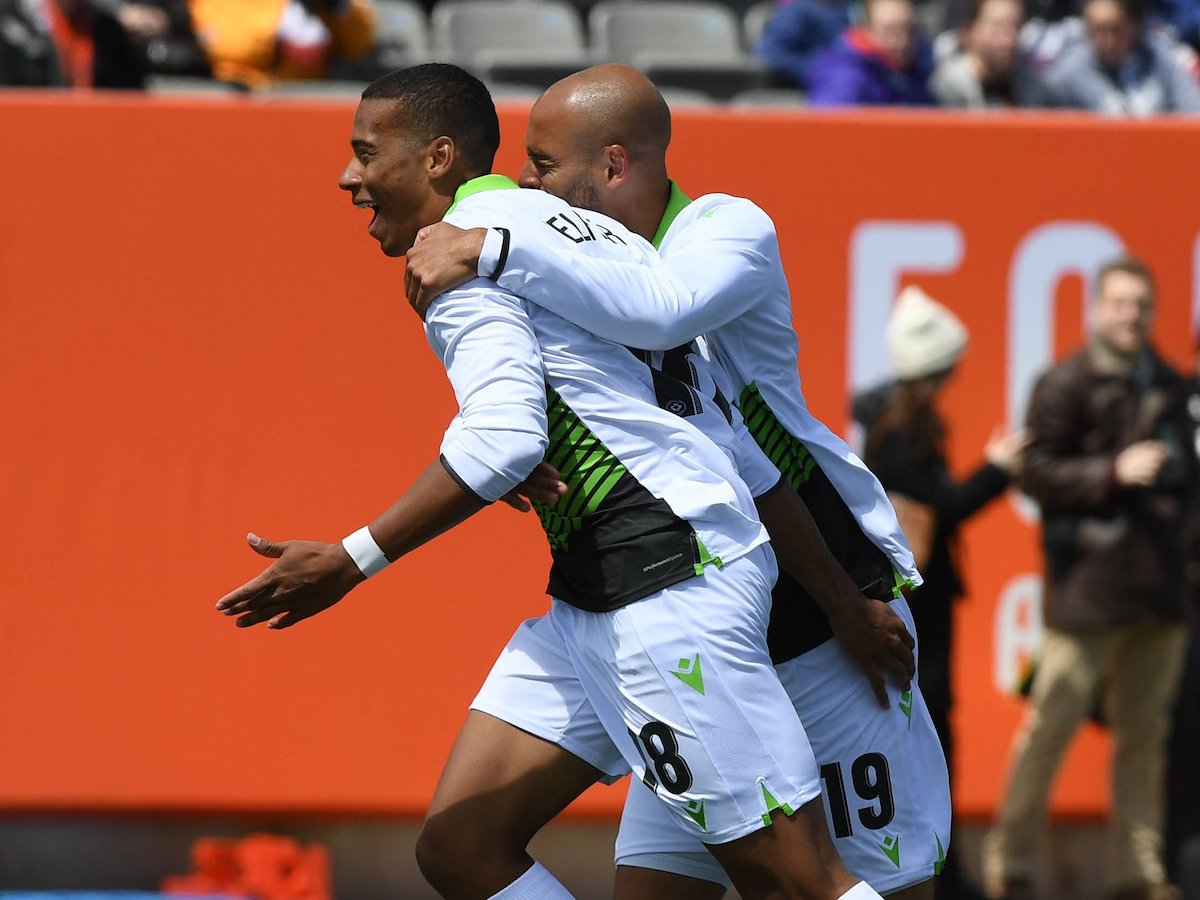 It hadn’t hit Ryan Telfer until after the full-time whistle.

Makes sense, considering when and how his historic goal came about.

Just as supporters, players and coaches at Tim Hortons Field revelled in the euphoric state induced by the initial ceremonies and pomp surrounding the first match in the Canadian Premier League’s history, it happened.

York9 captain Manny Aparicio cut the Forge FC’s backline with a smart through pass, which Telfer wiggled through a sliding defender. That opened up a 1-v-1 opportunity with Forge goalkeeper Triston Henry. Telfer wouldn’t miss his mark.

In the 3rd minute, Ryan Telfer became the first goalscorer in CPL history.

“It’s a special feeling. Just to be known as the first goalscorer in this new league is something special to me,” Telfer told reporters after the match, having just seen messages from family, friends and supporters.

“It honestly hits inside. There’s no better feeling than having family members being proud of you.”

The 25-year-old referred to the goal “something done on the training pitch” following the match, which ended in a 1-1 draw after Kadell Thomas’ equalizer in the 78th minute.

“Realizing Manny had space and time to turn, there was only one thing on the mind. Manny knew exactly where I was gonna be.”

The on-loan Toronto FC midfielder, one of the biggest names listed to any CPL roster heading into the league’s first season, added the momentous goal loosened up his less professionally-experienced teammates.

“(The early goal) took a lot of pressure off the backs of players that are playing in their first professional game. It lets them relax and play free,” Telfer said.

Prepared to walk away from Tim Hortons Field honours even and history made, Telfer put the support of his family, specifically his dad, front and centre.

“He’s always been my main supporter from Day 1,” Telfer said. “Reading that text from after coming back to the locker room means a lot to me.”

A fitting end to an unforgettable day in Hamilton.