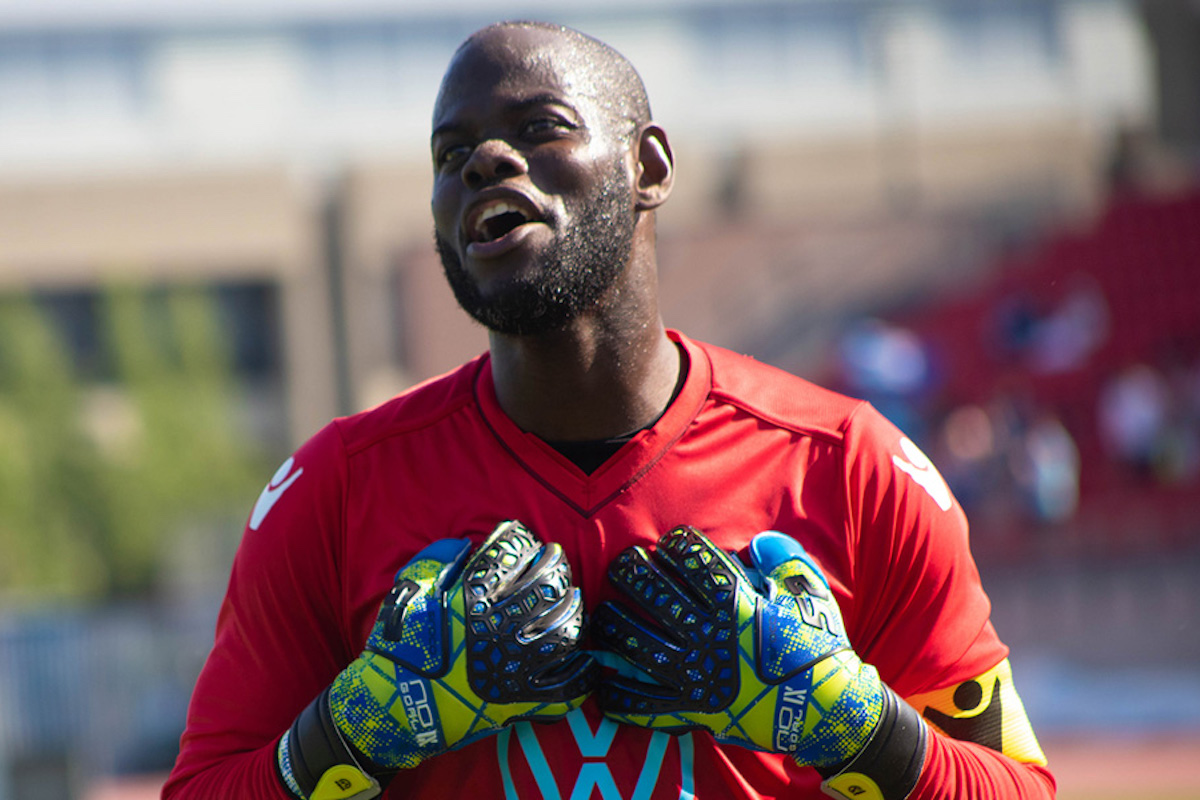 The Halifax Wanderers have begun to announce their players for the 2020 season, confirming that 23-year-old goalkeeper Christian Oxner and Trinidad and Tobago international Akeem Garcia would be back for another year.

The rise of Christian Oxner ultimately ousted veteran international goalkeeper Jan-Michael Williams from the starting spot, with many speculating that the Wanderers wouldn’t be keen to use one of its seven international roster spots on a second-choice goalkeeper come 2020.

During a chat on the From Aways podcast, Halifax Wanderers Founder and President Derek Martin has revealed that while the club agrees with this sentiment, it still wants Jan-Michael Williams back as a member of the coaching staff.

While it doesn’t work for us to have an international keeper on our roster and Christian has certainly earned the right to be our starting goalkeeper, and going into the season with that as the intent, we’d love to have Jan back as part of the club.

Following the departure of assistant coach Michael Hunter – who provided double duty with both goalkeeping coaching and video analysis – the club will need someone to help Oxner keep developing, along with whichever second-choice goalkeeper the Wanderers bring in for 2020.

Martin is hopeful the solution to that conundrum lies in a familiar face.

We are talking to Jan, and we’re trying to bring jan because we really like him as a person, and he represents what we want the club to be, which is good people in the community and people that care about helping others and want to teach young players get better. i’m hoping that he can make that work. he’s got his own situation to work out, getting married and has young children, if we can make it all work it would be fantastic.

As the discussion went on, Martin revealed that it was how Williams reacted to losing his starting spot that ultimately convinced him that the former Trinidad and Tobago captain would be an ideal coach: he simply accepted his situation and continued to help his younger counterpart develop:

The sign of a true professional: he was disappointed that it wasn’t working out for him the way that he had hoped, but he still understood that he had a great role to play to help with young guy who was playing above expectations to say hey, this guy has got potential, and i’m going to help this guy become even better than he is now, and we owe him a debt of gratitude for that, because he dealt with it the way you hope someone would deal with it.

Since the Canadian Premier League has roster requirements that encourage the signing of domestic players – and young ones, at that – it’s important that clubs still retain veteran players who can help these domestic products develop by listening to players with experience overseas.

While there are rumours that the league may be instigating a new international roster rule which could limit the number of older internationals in the league, it’s clear that players like Jan-Michael Williams have a lot to offer young domestic talent:

One thing I’ll always give Jan credit for is that he embraced the role of being a mentor to Christian, and coached him, and gave him all of his time and all of his knowledge, and helped him develop. That’s one of the beauties that these international players can bring to these Canadian guys, is really help them understand how to be professional, how to get better, and how to develop.

During the end of the coaching segment of the podcast, Martin confirmed that the club expects no further changes in regards to coaching staff if Williams signs on: the club remains fully committed to head coach Stephen Hart, while Derek King will retain his position as an assistant coach. The club has already brought in a new video and data analytics replacement to take over Hunter’s duties in that regard.

Whether there’s enough space in the staff salary cap to retain the services of Williams, of course, remains to be seen.

With the Wanderers already releasing the likes of Elliot Simmons, Tomasz Skublak, Ndzemdzela Langwa, and Kodai Iida, there’s a large rebuild in the works to ensure the east coast club doesn’t finish in dead last next season. To that end, Martin says fans can expect around fifteen confirmed player signings by the time the calendar year flips to 2020.

With preseason training due to begin in March of next year, the club will need to have the majority of its new roster sorted by that time.